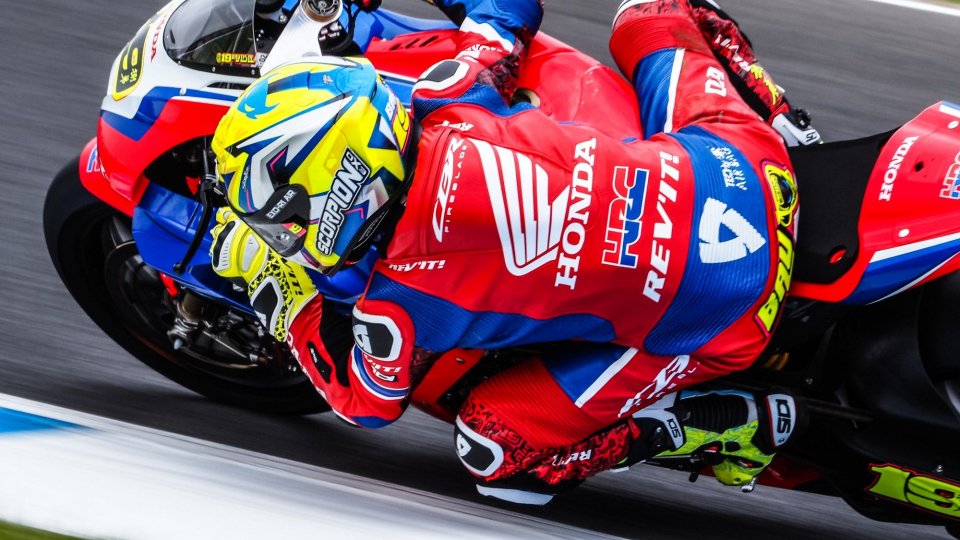 With the bikes at a standstill in the garages and riders in lockdown at home, there's nothing else we can do but video chat. Today, at 3:30pm, it'll be Loris Capirossi's turn, like it was yesterday with Alvaro Bautista. The Spanish rider was interviewed on Sky with Vera Spadini.

One of the topics discussed was obviously the spread of the Coronavirus, which has changed everyone's habits: "Fortunately, my family and I are fine ," he said. "I spend the days indoors at home, I train a little, but of course I can't go out to do motocross or another type of more technical training. But at least I'm having a lot of fun with my baby. I'm enjoying all the moments of her growing, and it's really nice."

Then they spoke of Honda, which has decided to focus strongly on #19 this year. Alvaro denied any ins and outs regarding this: “It wasn't Marquez who recommended Honda. I didn't need him to convince me, " he emphasized. Actually, he tried the bike, and I asked him his feelings, but this happened after I had already signed with Honda." They also spoke of the Marquez duo in the MotoGP: “He and his brother are a good couple. It's nice to see a team of two brothers at the highest level of motorcycling," he added. It'll definitely be difficult for Alex because there'll be pressure on him to reach Marc's level. Let's see what'll happen in the future..."

The last topic was about the bike's development that the competition felt in Australia. "The engine is powerful, but we have to fix many other aspects," he concluded. "The project is new, the bike is new, and the team is also, so we need time, since we're only at 30% of our potential. Unfortunately, we can't work now, but I'm confident of reaching a very good level."