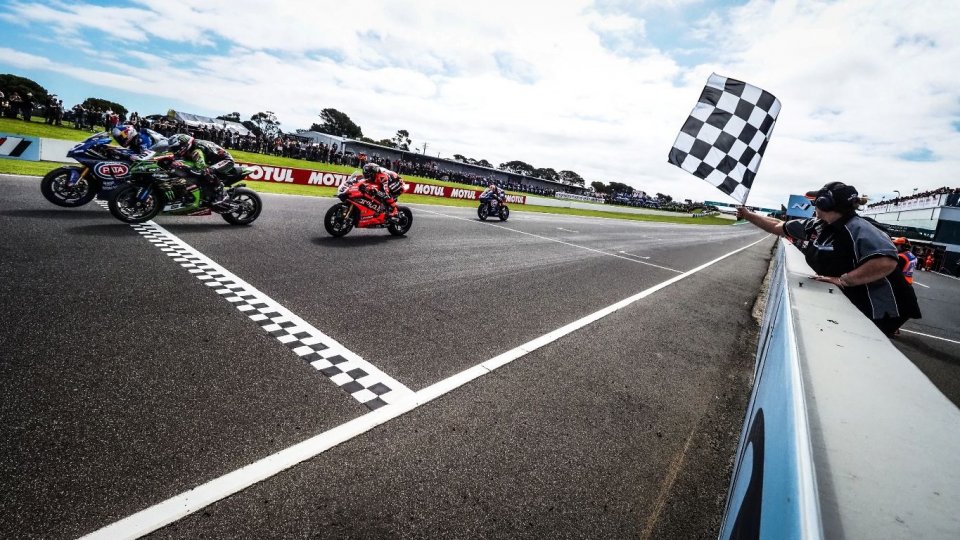 When will the Superbike World Championship start? That's the question on every expert's lips, even if there is a big question mark hovering over the issue. At the moment, Dorna hasn't let much transpire, even if it does seem like the Championship won't be starting before July. In short, the spread of COVID-19 continues to keep teams and riders in check, so we have to wait.

Meanwhile, independent teams have launched Dorna a proposal. Andrea Quadranti promoted it. As we all know, he's the owner of the MV Agusta team that races in the SuperSport. His idea - that several colleagues in the paddock, like Manuel Puccetti and Marco Barnabò, agree with - has already been forwarded to Lavilla, who has been assessing it. Meanwhile, these independent teams are also communicating the proposal to the official teams.

But let's go in order: what's the idea? It's a Superbike World Championship which would start in August and end around May. In short, a calendar divided into four seasons that, in some way, follows the soccer championship. We talked about this with Quadranti, who promoted the initiative.

“This is an idea I've had for a few years and, given the exceptional situation that has occurred, I decided to relaunch this proposal," Quadranti began. "It would be a matter of having the World Championship from July or August until May, a bit like how it works with the soccer calendar. I think it could be an interesting alternative for the Superbike, especially at a time like the present, when uncertainty related to the spread of this virus exists.”

Andrea, what are the reasons for this proposal?

"The reason is to give more visibility to our Championship, therefore, also avoiding racing with the MotoGP and the Formula 1. Up to now, we've always been aligned with the MotoGP, and I personally think this could be a winning card for the SBK."

Let' see the details. What do you think the pros of all this are?

“First of all, we would race at a time of year when there are no other motor sports racing, our sponsors would have greater visibility, and fans could enjoy live races during a specific time of year, namely, winter. Besides the spectators, there's the media, or rather, TV broadcasters, which would have a vaster offer. These are some of the opportunities, but there are others."

“The Superbike World Championship usually ends in October, then tests start a few days later. We only have the month of December for a break, since we're then back on track to start the next season. For us, as for our suppliers, it becomes a race against time every year, which is not exactly easy to sustain. Following this idea, it would all be less frenetic."

Andrea, we know that Dorna is aware of this idea, right?

"Exactly. I talked about it with Lavilla and he told me to go ahead with this idea of mine and possibly also forward it to others. I also talked about it with Puccetti, as well as with Barnabò, who are interested. We're also talking about it with the official manufacturers, such as Ducati, BMW, and Yamaha. Obviously, I don't know if this proposal will be accepted, but it's an alternative.”

Your proposal is that of a World Championship that starts towards the end of summer. And what about EICMA?

“We also thought about that. It's true that EICMA has all the innovations in the sector, but we could anticipate them first on the track, revealing the bike that fans will find on the market. Then we'll have the opportunity to bring the champions of the relevant championships."

Andrea, we mentioned the positive aspects of this proposal. There are also negative ones. If a rider decides to leave the MotoGP or the Moto2 for the SBK, how would he do that with a World Championship that starts in late summer or September?

“That is an aspect we've assessed and that we're thinking about. Maybe we could think of a rider who takes part in both Championships, completing the World Championship to inaugurate the Superbike. Like I said, we're preparing this proposal and, on this point, we also want to understand how Dorna is willing to help us."

Let's keep analyzing the cons. There are issues related to the circuits. It'll be a World Championship that will separate from Europe, right?

"I think so. Or rather, it won't separate but, in some way, there'll be many more races in other continents. I'm thinking of Asia, which is an important market for the manufacturers, and there's not even a race this year. For example, four races could be held outside Europe. We have Qatar, Australia, Argentina, and we could recuperate Thailand or add Japan. Obviously, it would end in Europe. I think Imola is the perfect place, like in the past."

Jason Dupasquier's #50 withdrawn at the Sachsenring