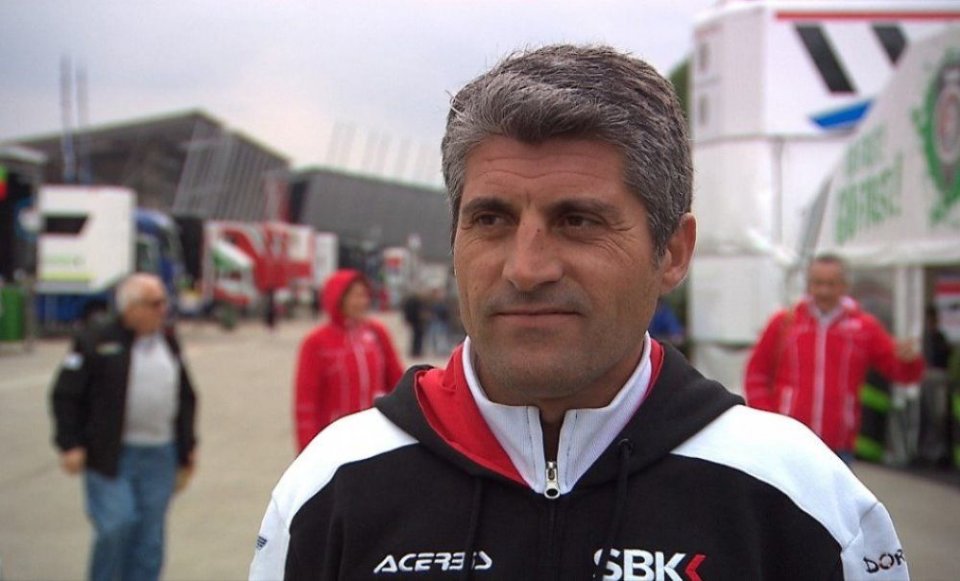 "I am putting my life into saving the Superbike World Championship, because holding it means saving many people, who run the risk of not having bread on the table for their family", is the  strong and clear message from Gregorio Lavilla, in one of the most complicated moments ever for the racing world.

The events tied to the spread of COVID-19 have had strong repercussions on motorsport, so much so that all the championships have been brought to a halt. Many people are wondering when it will be possible to start up again, even if numerous unknown factors still remain on the horizon.

In this regard, we wanted to take stock of the situation exclusively with Gregorio Lavilla, who made an analysis of how Dorna is trying to deal with everything.

“For all of us this is the most complicated challenge - the Superbike boss began – I’m speaking for the doctors, all those who work in hospitals and those who offer an essential service to the community. They are certainly the priority. At the same time, we are also working in Dorna to save the Superbike World Championship and the same goes for MotoGP. "

We are in early April and there is still a lot of uncertainty.

"Exactly, the biggest problem is precisely that, because we are called to deal with a situation that is constantly evolving and that is the most complicated aspect to deal with. What I can say is that in Dorna we have studied a number of different plans to restart this world championship and salvage it at all costs".

What if I said to you that this year there will be no more racing? Many observers think that will be the case....

“This is something I don't even want to think about. I am putting my life into saving the Superbike World Championship, because holding it is equivalent to saving so many people, who risk not having any bread to put on the table for their family. Obviously, the priority is prevention in such a delicate moment, also because if there were no guarantees, it would be a huge risk to try and rush things. As I said, however, we cannot afford not to race, because the setback would be too big".

Many people say that we can start again in August…

“I don't know about this, because the situation is different from country to country. We will probably do fewer rounds than scheduled, since it will be difficult to hold all the races; it’s preferable to do fewer races but do them anyway ".

Recently, Andrea Quadranti of MV Agusta made a proposal to hold the races in the winter. What do you think about this?

“At this moment I cannot afford to rule out any possibilities, because as said every proposal is to be taken into consideration. It could be interesting what Andrea said, but at the same time there are some aspects we must evaluate well. One of these is a rider switching from MotoGP to SBK in case of a clash, moreover we will have to evaluate the availability of the circuits. Other than that, the fundamental thing for us is to race, because if this world championship does not take place it would be a shock. I speak first of all for those who work in the paddock, for everyone who has a family and who runs the risk of not having a salary, and obviously also for the fans, because without them there would be no races ".

This morning Ezpeleta spoke of 750,000 euros in support of the independent teams in MotoGP. What will Dorna do for Superbike?

“To be honest, I haven’t read Carmelo's statement, although we are often in contact to face things together. What I can say is that in MotoGP there is a different system regarding payments, given that sums of money are given at every race, while in Superbike it happens every four rounds. In this case, Dorna opted for an advance (on prize-money and bonuses – Ed.). The fact is that in MotoGP the support costs a lot more, given that the teams have larger structures than in SBK and consequently the figure grows".

With that statement, Ezpeleta however has pushed SBK into the background.

“I can only say this: it is a very difficult situation, but Dorna will certainly not forget the private teams, I can assure you in person. At the moment, however, I have not yet received any request from them regarding any difficulties. If they should have them, I'm willing to listen to them. "

At the moment the calendar includes the Imola round in May. Can we say that it’s now postponed?

“I'm sorry for the fans, but I can say here and now that we won't be racing that weekend. We are in contact with the Imola circuit, as well as with all the other racetracks, to see how we can move and reposition any races. With the Imola circuit we will carefully evaluate the best period to recover the round, but at the moment I’m struggling to give a certain date ".