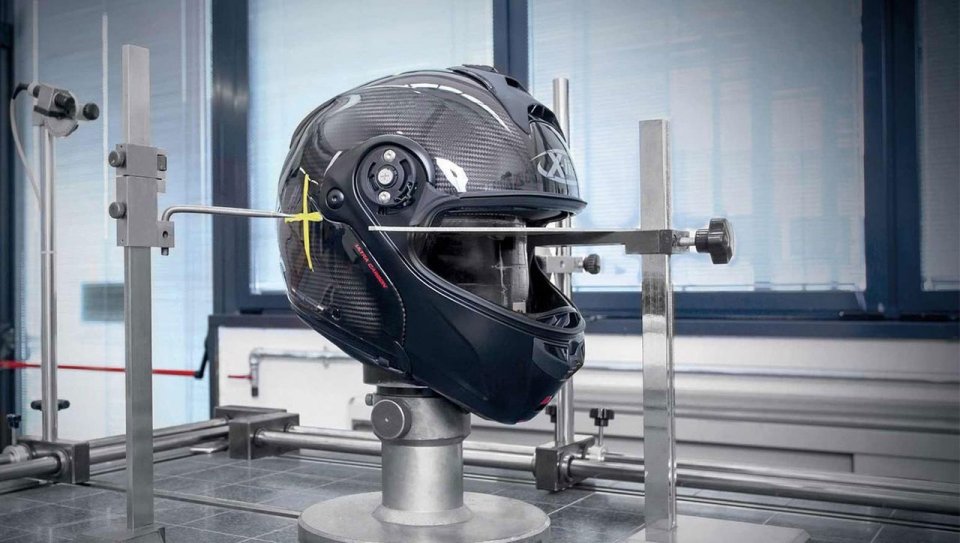 The homologation of helmets is a rather delicate thing, and it gives rise to (almost) never-ending controversy. In principle, there are four macro categories in the world: ECE / UN, approved in Europe; DOT, approved in the United States of America (not valid in Italy); AU, the Australian national approval and JIS T, the Japanese approval. We refer to the ECE, but let’s look at the situation step by step. 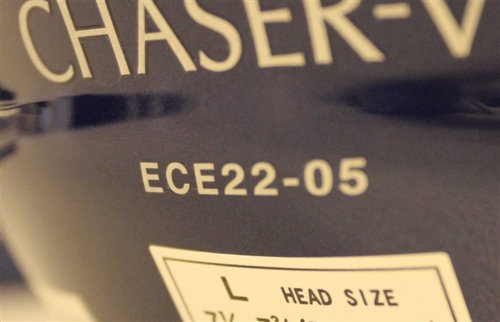 The current homologation is ECE 22.05. To be approved, a helmet must pass a series of tests, called HIC (Head Injury Criterion). Basically, a dummy's head wears a helmet that has accelerometers inside which analyse the maximum acceleration in order to calculate the damage suffered by the head in the event of an accident. The tests involve shock absorption, retention systems and unseating of the helmet. A similar situation for the visor, which must ensure protection and quality of vision. The manufacturer carries out the tests, and then submits them for checks by an external laboratory certified by the Ministry.

All helmets must therefore have ECE 22.05 approval. To this abbreviation are added the type of helmet, namely: P, J and P / J. P for integrals, J for jets, and P / J for some modular ones. Then there is the E with a number, which indicates the country where it was approved. E3 for example stands for Italy.  What about the other countries?

All helmets must therefore have ECE 22.05 approval. To this abbreviation are added the type of helmet, namely: P, J and P / J. P for integrals, J for jets, and P / J for some modular ones. Then there is the E with a number, which indicates the country where it was approved. E3 for example stands for Italy. The other countries? 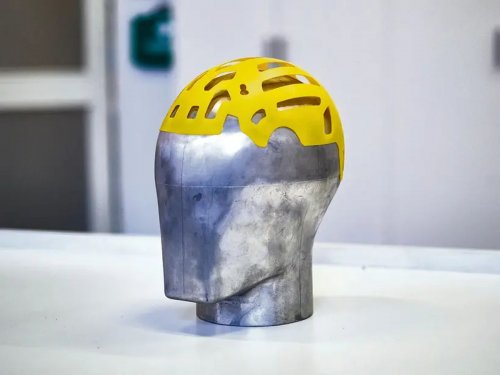 Now we come to the future, not too far away. ECE 22.05 is an approval standard that has now almost 20 years behind it. Too long, far too long. As it was logical to expect, the United Nations (which unlike the EU have the registers in hand), decided to lay their hands on the situation. As a consequence, the new regulations, which will have the name of ECE 22.06, will arrive in a few months’ time.

The changes will affect the impact test and how the impact occurs. Today, the weight that impacts on the helmet occurs with a pre-set speed and affects the front, the top, the back, the side and the chin guard. With the new standard, other points of impact will be added, not only on the centrelines, but also an extra point per sample, different on each helmet.

SHARP and Snell? Even more... 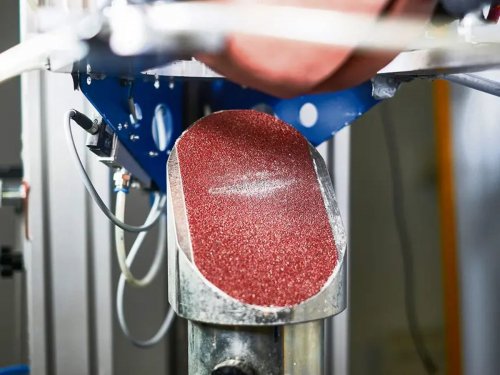 If we evaluate the most complete tests, namely those of the British SHARP and the American Snell, you should know that ECE 22.06 will be even more complete! That’s because they will also include the rotational acceleration test. What does it mean? That it will measure the damage suffered by the rider when the helmet hits a ledge laterally. The head of the mannequin, now in magnesium, will allow this to be monitored, as it is equipped with ‘grip’, to simulate the effect of our skin. There will therefore be nine accelerometers, plus the other sensors installed. In theory therefore, round helmets (look at the example of Arai - Editor's note) should be the safest ones with the latter test.

P/J helmets: Italy is ahead

What else? Well, at least on one thing, in Italy we are way ahead of the rest, and we are talking about P/J homologation, modular helmets in other words. With ECE 22.06, the double homologation for openable or modular helmets should be made official. Here, the Ministry of Transport prescribes that a P/J helmet, when subjected to cyclical tests, must always remain closed or always open. In addition, it must undergo both P and J tests, passing both.

There is more, because the new ECE 22.06 regulation should also regulate the use of intercom devices. We will probably say goodbye to all protrusions, so intercoms can only be placed on helmets already prepared for communication devices. The installation of these then must be carried out by authorized personnel. We conclude with dark visors. At the moment ECE 22.05 provides for a maximum of 35% of the ‘darkened’ part. With ECE 22.06, it should go up to 50%. Since we are talking about percentages, the price of helmets will surely go up. Estimates reckon by about 5%. All that remains is to wait for June 2020. From here on, ECE 22.05 helmets can be sold for a further three years.