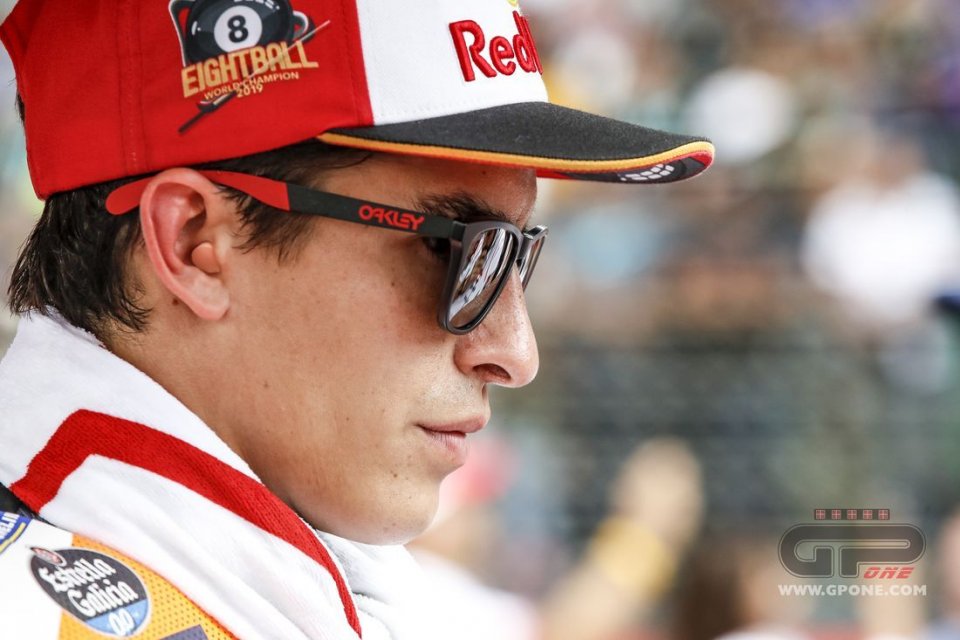 Like everyone else, Marc Marquez must stay at home and wait for this emergency to end. He is taking advantage of this to get back in shape, especially as regards his shoulder, which was operated on at the end of last year. He has been talking about this, amongst many other topics, in an interview granted to DAZN Spain.

“Bit by bit it’s improving - he explained - Before the quarantine, I had managed to do cross and flat track. The shoulder is giving more problems than expected, but the doctors are taking care of me."

The goal is to be ready for the first race, even if nobody knows when it will be. Maybe at Barcelona, ​​where Jorge Lorenzo will be on the track as wild card on the Yamaha. Marc will face his former teammate as an opponent.

The Majorcan, in any case, will not be a contender for the title, unlike Fabio Quartararo, who many observers reckon will be the anti-Marquez.

"It is getting more and more difficult to beat him - admitted the Honda man- I too lost some duels because of a lack of experience. He is learning and for sure in 2020, when we return to racing, he will be one of the rivals to beat. He hasn’t managed to win yet, but he showed a lot, he doesn’t need to win, just to prove that he can fight for the title. Fabio has also given a major shake-up to Yamaha. Its riders were losing their way a bit and after a rookie took pole position in Jerez, they all started going well. Fabio is fast and tough. "

However, he won’t be the only rider aiming to put the cat amongst the pigeons against the reigning champion. Marc also has one eye firmly on Suzuki.

"Even last year, in the winter tests, it was fast, but only with Rins - he recalled - Mir has made a big step forward and the Suzuki has improved. The two riders are competitive, in the tests they waged psychological war in the box, and this gives you stimuli. Rins is very fast; he lacked consistency, but this is something that improves with experience ".

It will be all down to Marquez to keep the crown.

"2019 was my best ever year, it will be very difficult to improve or equal it - he said - I won a lot and only had one DNF. But that’s why we are here, to repeat that season or to improve on it".

Marc will probably improve his record again and is already very close to Nieto's numbers, with 82 wins against Angel's 90 in career.

“It was unthinkable when I started out, we are all living a dream. One day someone will come and beat me, you have to hold out for as long as possible – is his goal - When you see certain numbers, you feel proud, it means that you are working well, but they must not become an obsession ".

But he only needs one title to match Valentino Rossi.

"My goal is always the same: to fight for the world title and continue to improve as a rider and as a person," he said, glossing over the matter...