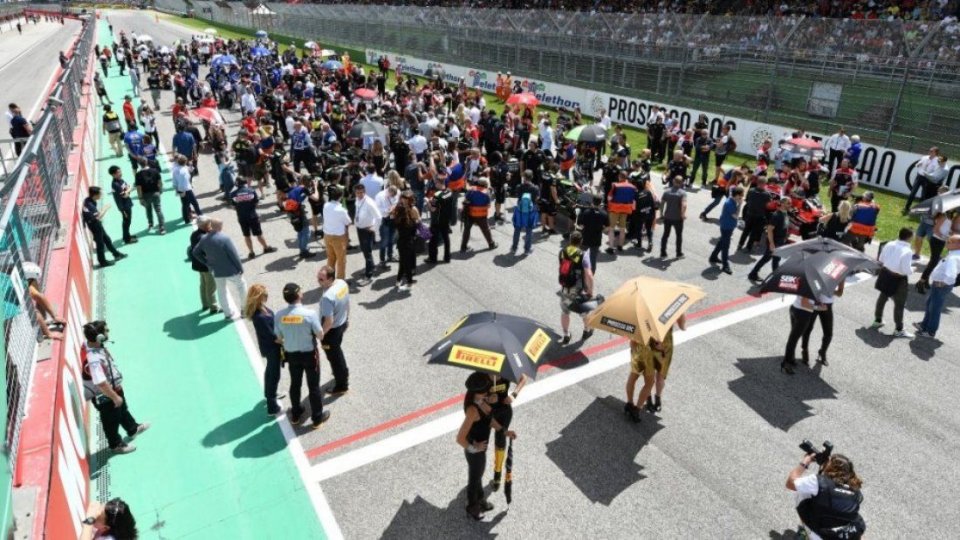 At this point we are faced with a puzzle, where the solution seems far away. Dorna is trying to safeguard the season, with the aim of holding all the rounds, but making long-term plans right now seems futile.

The constantly changing situation, linked to the spread of COVID-19, does not in fact allow the Organizer to make a definitive plan for the Superbike season, also because there is a risk of being in exactly the same situation as one week ago with MotoGP, where the calendar was published four times in less than seven days and there is still doubt about future updates.

In the case of the production-based series, Gregorio Lavilla has let it be known that the aim is to try to start the season at Misano, on the weekend of 12-14 June, thus effectively postponing the races of Assen, Imola and Aragon.

Out of these races, the Italian Round at the Santerno circuit is particularly significant, as it should have been held from 8-10 May, and is considered one of the most highly awaited from the public's point of view. In fact, only Argentina attracts a greater number of fans over the weekend.

This is one aspect that Dorna certainly cannot ignore, and neither can the Autodromo itself, which would not want to deprive itself of one of the highlights of the entire year. That's why the championship organizer is looking for an alternative later on in the calendar. At the moment, the most likely outcome is sometime during the summer.

Leaving aside June, given the close proximity to Misano, as well as July, since the circuit is busy every weekend (July 5 - Pearl Jam concert, July 12 - Peroni Weekend, July 18 - Cremonini concert, July 26 - cycling race), the key month could become August, which on the first weekend sees the Superbikes involved at the German circuit of Oschersleben.

Three weekends are possible for the Emilian circuit, that is 7-9 August, one week after Germany; 14-16 August (the Ferragosto weekend); and 28-30 August, one week before Portimao. These are really the only possibilities available to Dorna to recover the Imola round, without forgetting that they will also have to slot in two more events at Assen and Aragon, with the Dutch round tentatively in July.

Certainly, August is a particular month, thanks to the summer, but at this point it will be necessary to take a step to find a meeting point. For years, Superbike fans have had to accept a ridiculously long summer break in August of well over a month, but now the scenario could be completely different with two races in the same month, the coronavirus permitting.