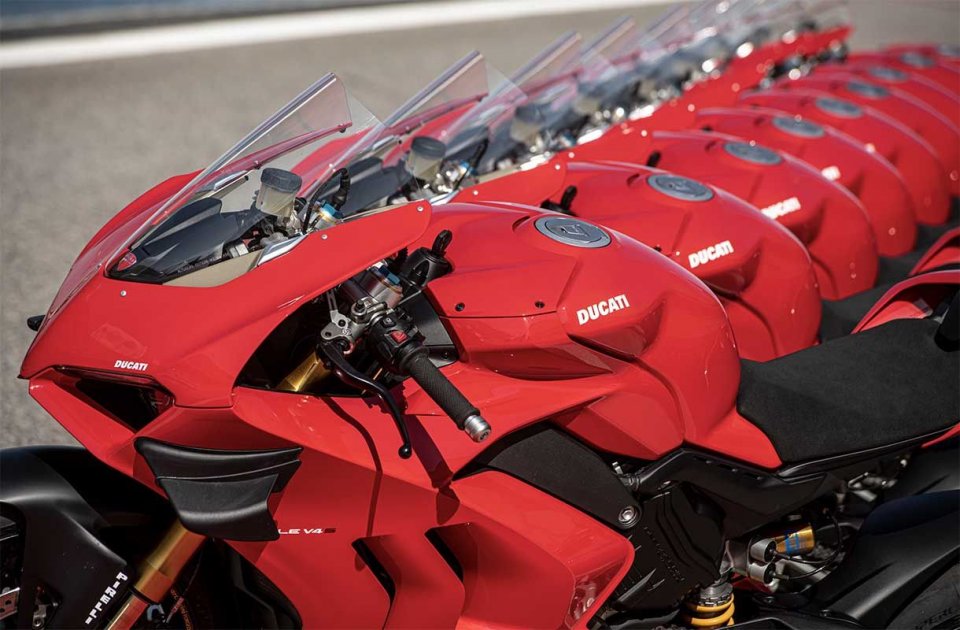 Ducati closes 2019 positively, consolidating the growth that has characterized the last years of the Italian motorcycle manufacturer. 53,183 (2018: 53,004) bikes were delivered to customers all over the world, a result that allowed sales to remain above 50,000 units for the fifth consecutive year, confirming the positive signs of the market which, in the above 500 cc segment, recorded a global growth of 1.4%.

Particularly significant is the turnover per bike figure, which with about € 13,500 / motorcycle represents the highest value in the history of the company, clearly indicating the evolutionary trend of the range of products offered towards the highest and premium part of the market, fully consistent with the founding values ​​of the brand “Style, Sophistication, Performance. Trust".

The Panigale and Multistrada have been instrumental in achieving this result. The Panigale was the best-selling super sports bike in the world for the second consecutive year, with a market share of 25%, while with the addition of the 950 S and the renewed 1260 Enduro to the range, the Multistrada family recorded the highest value of motorcycles sold since entering the market in 2003.

Today Ducati Motor Holding has a total of 1,655 employees. The sales network of the Borgo Panigale motorcycle manufacturer includes 720 dealers and service points in over 90 countries.