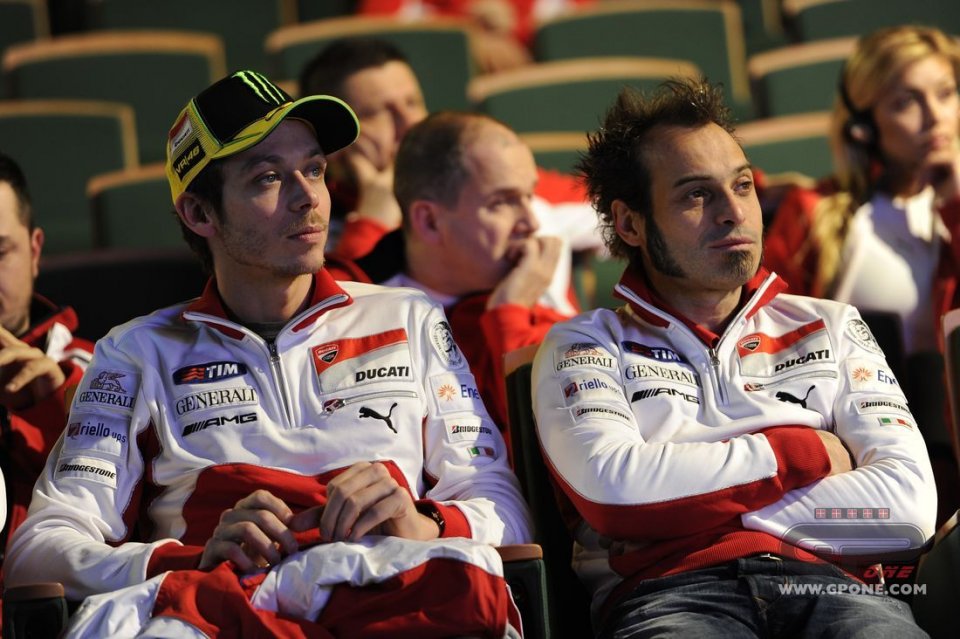 Yesterday we gave you the first part of a long chat with Vittoriano Guareschi, who had told us about the inventions Ducati tested when Filippo Preziosi was in charge of the racing department and he was a test rider.

Vitto also gave his opinion on the movements in the market, starting from what involved Valentino Rossi, who was booted out by the official team to make room for Quartararo.

"Valentino is still doing great things for his age," Guareschi said. "I doubt he can still win a World Championship right now, but there's no question that he's still going strong, and that he's an emblem for Yamaha and fundamental for the championship. Yamaha did the right thing, making room for a young, fast rider but without leaving him behind."

“Why should he stop? Vale, are you having fun? Then continue. He's already proven what he had to. I ride a V7 because I have fun. Why should he stop racing in the World Championship with an official bike?" he stated.

"Quartararo the anti-Marquez? I'd like to see how he reacts under pressure."

Yamaha preferred Fabio Quartararo, indicated by many as a rising star.

“I want to see what he'll do this year," Guareschi said, playing it safe. "He's really good. He was also in the Moto3, but he lost his way because of the pressure he felt. In 2019, he did it light-heartedly. Nobody expected anything from him, let's see now. If he's still fast, he'll be an anti-Marquez, but I want to wait at least three races."

"Winning is what's important, even with just one rider. That goes for Stoner and Marquez."

Speaking of Marquez, his four-year contract with Honda also surprised Vittoriano. "Two years are already a lot. It basically means that he wants to end his career there," he said.

Of course, every team would have wanted to secure him. But then there are also those who say that Honda became his slave, especially since they're only competitive with him. Guareschi disagrees with this.

"Who cares who wins in the end? Even during those years when I was with Ducati, only Stoner won, but what's important is winning," is what Vittoriano believes. "If you then have to create a custom-made motorbike for a certain rider, the company has do it."

"Ducati was left with the short end of the stick. I would definitely keep Dovizioso."

Instead, those who only fired blanks on the market were Ducati. Both Vinales and Quartararo remained in Yamaha.

“They got the short end of the stick. They ended up in an uncomfortable position. It's not so much that Ducati made the wrong moves, it's that the riders preferred to stay where they were. It's like riding a Ferrari. Ducati is complicated. There's more attention, pressure, and the bike is not the easiest, especially for those coming from the Moto2."

Who would Vitto bet on if he were still Ducati's team manager?

“I would definitely keep Dovizioso and carefully keep an eye on what Bagnaia does. Then I'd keep an eye on the Moto2, on Martin, Navarro, and Di Giannantonio for sure,” he concluded.

This is only a excerpt of the long talk we had with Vittoriano. If you want to hear it all, click "play" below.