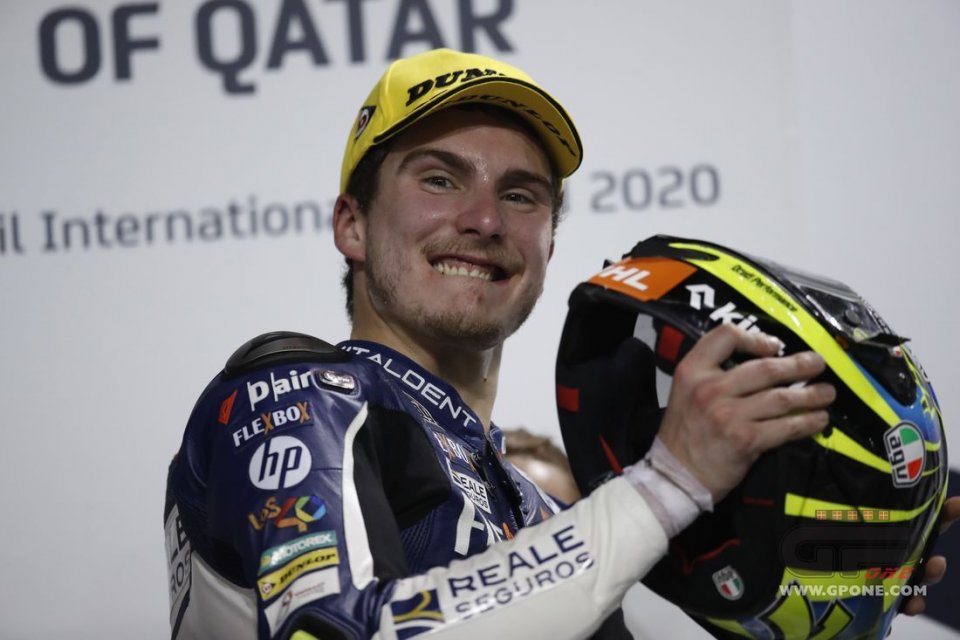 2019 seemed to be his year. He dominated the first four races, had three wins and the favorite role for the title won on the field. But something backfired, and he no longer was able to get on the podium.

Lorenzo Baldassarri's story did not have a happy ending, but last year helped him to reflect about himself and understand how to start over again. He did so by leaving the VR46 Riders Academy, deciding to choose another path and, for now, he seems to have made the right choice. A second place in the first race in Qatar was what it took for him to gain confidence and start thinking big again.

Lorenzo, did you expect such a good start?

“That race surprised me a bit. Not so much because I was competitive, but because there was a good battle, and I didn't expect to start immediately in the scuffle. After the winter tests, I knew I was fast, but I didn't expect to fight for the win."

But you came close.

“Practically nothing, also because I had no problems with the tires, unlike other riders. Nagashima had more. I could have tried not to let him get away, but Enea and I got in each other's way during the peak of the race, in the last sector where, if you have a reference, you can recover in the fast corners. However, Nagashima did two great rounds. I don't know if I could have counterattacked him, but I would have tried."

Do you regret that?

“It was a good start, however, with a whole new team of technicians. There have been several changes. Every member of my team is different, even if it's not something I decided. Some received offers from other teams, others left for other reasons. So, from the tire manager to the chief technician, it's all new. The winter tests are also useful in getting to know each other and sizing each other up. We did a good job and found a solid foundation."

"My experience in the VR46 had ended. I didn't see any future in that group."

But you also decided to leave the VR46 Riders Academy, why?

“I needed a change last year. After a great start to the season, I started looking around, and I realized that I was missing something. When everything was fine, there were no problems, but when the first difficulties arrived, I understood that I needed something else. I didn't see my future inside the VR46. They had given me a lot, but my experience with them was over."

So what did you do?

“At that time, my contract with the VR46 had expired and, by June, I had to give an answer. I thought there was no more room for me, and I talked about it with Valentino."

Was it a difficult farewell?

“Before I left, I talked to Vale and the other VR46 members. I was clear with them. They let me make my choice. They told me they would understand. We didn't argue."

"I had to move forward, not only on the track, and get involved first hand."

Did you want to feel like you were at the center of a project?

“Yes, because I felt that there were many of us and that there was no room for me. I understood that I had to move forward, not only on the track but outside as well. I preferred to take a risk and put myself out there."

The VR46 offers a lot. Was it difficult to leave?

“It wasn't easy. What made things easier was the support of my family and Simone Battistella, my current manager. I knew him before joining the Academy. We had talked about working together, but then nothing happened because the VR46 project was born, and I jumped at it immediately".

Do you have regrets?

“No, I'd do it all again. But I'm very curious to see what the results of these changes will be during the year."

"Last year many difficulties had added up, and I broke down." 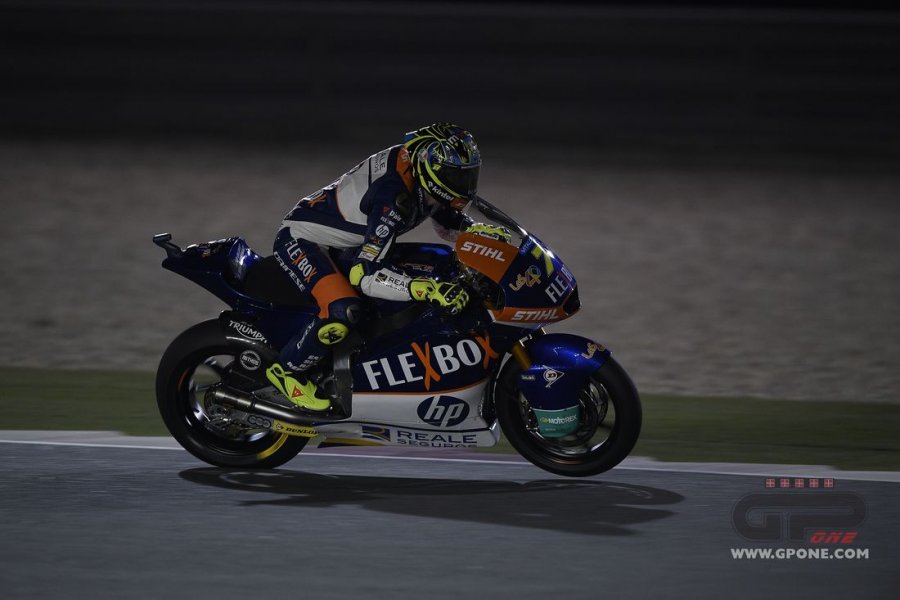 Last season, you won three of the first four races, then what happened?

“A bunch of things that added up, and I broke down. I was done. First of all, I had fallen at Le Mans and hurt myself. Then there were doubts about leaving the Academy or not and, finally, the introduction of the new tire in Jerez. So many things had also changed from a technical aspect. I managed to win in Spain but, on that weekend, I understood that things would change. I won, but I fell twice and, although I like that track a lot, I struggled. I was also somewhat lucky. Then came the difficulties."

They say you learn from your difficulties.

“It was a great lesson. It gave me a lot from both a sports and personal point of view. I feel more mature, or at least I hope so ," he said laughing."

It was not the first time you had to overcome obstacles in your career. You had to leave the Moto3 early because of your size.

“From one year to the next, I had grown more than 10 centimeters, and I had gained 10 kilos. I had become a beast. The bike wouldn't move anymore!" He laughed. "I had many ups and downs, and my goal is to find consistency. I always set myself goals, both in sports and in everyday life, and I try to do my best to achieve them."

What's the one for this season?

“Race after race, I'd like to be constantly among the best, and I won't add anything else. It's what I missed in the past. The speed was there but, because of one thing or another, I never managed to be constant."

The official announcement came today. The rider from Ascoli: "I have no expectations other than to return to a serene and clear climate inside the...
13 hours 15 min ago

This is the first MotoGP pole for Honda since Pol Espargaro at the British GP last year (21 races), ending the longest sequence of successive premier...
18 hours 9 min ago

“We want to thank the entire paddock and especially the Suzuki team that helped us rebuild the garage. We’re ready to start the Japanese GP.”
23 hours 21 min ago