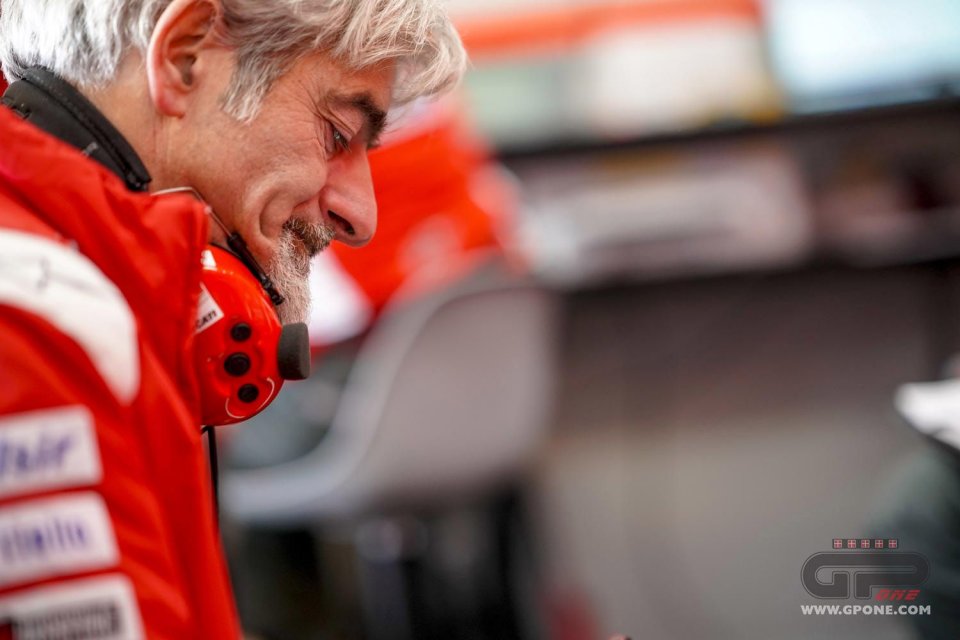 Gigi Dall’Igna was impatiently looking forward to the start of the world championship. The work carried out to develop the Ducati GP20 seemed to show a lot of promise during the tests and even the first problems encountered by the union between the new bike and the new Michelin tyres seemed to have been resolved at Losail at the end of the tests. Losail was obviously the perfect hunting ground for a Ducati which, even in its latest evolution, seemed to have focussed on its strong points to keep up with its increasingly competitive rivals.

All you needed to do was look at the top speed table in Qatar during the tests to realize that the fastest bike at the end of the straight was once again back in its ‘rightful’ place, i.e. the Borgo Panigale bike. The coronavirus emergency obviously upset everyone's plans and Gigi Dall'Igna recently spoke about the situation to our colleagues at Sky Sport MotoGP.

Often the things that are problems for some people become opportunities for others. In this specific case, the extended stop could in some ways favour Marc Marquez, the leading rival of Dovizioso and Ducati.

“Marc Marquez will benefit from it for sure, because he was the one who physically had to recover the most - said Dall'Igna - With these months of further preparation he will be more ready. The stop also leaves room for some constructors; I’m referring to Honda for sure, but also to Aprilia, who have improved the bike quite a lot, but who had some reliability problems and will be able to take remedial action from this point of view "

Daily life has become a bit different from usual also for Dall'Igna in this period.

"I’m working from home for as much as it is possible - underlined the engineer - We are trying to sort out some things that did not go well in the last test, even if most of the technicians are not active. We are focussing on things that we will have to freeze from the first race: I am referring to the aerodynamics, a sector where we can still intervene in some way"

Dall'Igna’s point of view regarding the possibility of holding some GPs behind closed doors to limit the risk of infection is interesting.

“In these cases, we have to take the least bad option and holding the races behind closed doors is that in my opinion. Motorbike fans can at least see the Grands Prix from home. It will not be the same and it will be strange and unnatural. But we are in an emergency: I welcome the idea of races behind closed doors. The situation is getting worse day by day. I am confident that we will manage to run the 13 races needed to call it a world championship"

The Ducati manager was also left a bit disappointed over the missed opportunity at Losail, a track that has always been one of the most favourable in the calendar for the red bikes.

"Dovizioso in the race simulation with used tyres, in tandem with Petrucci, went well. Towards the end the times were a little bit higher, but I am convinced that Andrea could have done well, as he has done in the last two years. I also saw Danilo improved compared to Sepang. In short, I would have liked to have done the Qatar race, because we could have done very well "