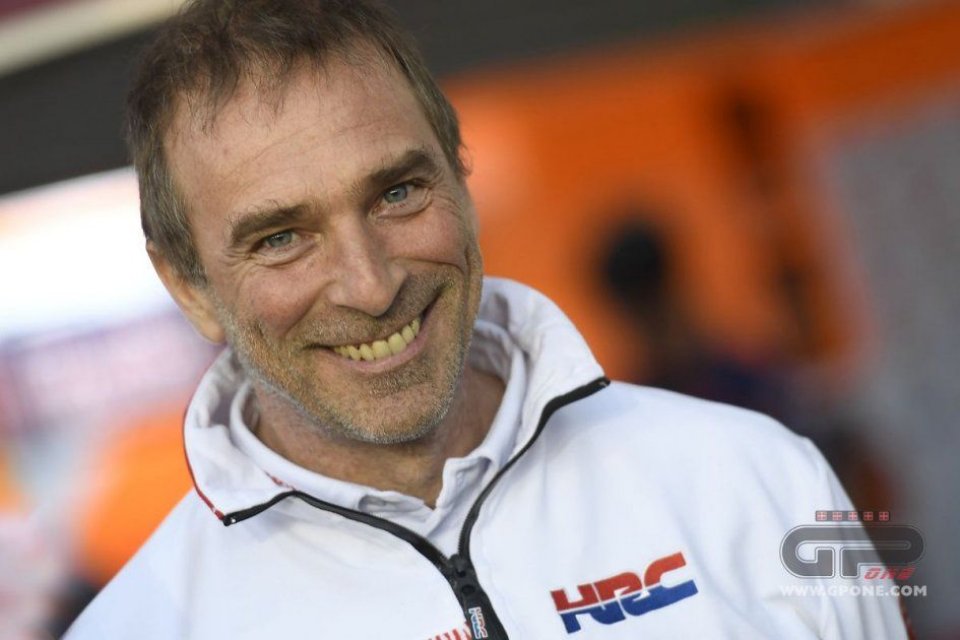 The cancellations in the MotoGP championship are not only a problem from a sports perspective, but also a financial one. Fausto Grasini explained to us yesterday, the teams are companies and not racing for them means not working, with repercussions on all their employees.

Livio Suppo, who has been team principal for Ducati and Honda for a long time, also spoke about the issue and about the current situation in Paddock, Franco Bobbiese's show.

"Contracts for sponsors and riders contain various clauses in the event of emergencies, or reasons of force majeure ," he explained. "If the championship is cancelled, the sponsors are not required to pay and, at this point, even the riders don't to receive their paychecks."

“A rider's salary is divided into two parts: one is related to sports performance and the other to image rights. In the event of a standstill, the first cannot be implemented so, depending on the agreements, payments are interrupted, like when a rider is injured."

Of course, it's difficult to generalize, because each case is different and each rider has different clauses.

“It depends on the bargaining force of the parties at the time of the agreement," Livio stressed. "For example, there are fines foreseen for certain behaviors. The only time I fined someone was with Jack Miller, who was always causing trouble because he used to drink. I was like a father to him, reminding him how much that last beer would have cost him, and it worked. Instead, another example was Casey Stoner who got paid his salary in 2009, even if he had missed 3 races."

Suppo: "We’ve got bikes and riders, we have to find motivation"

Suppo: "It is inadmissible to consider Nakagami's mistake a race...

Ixon, the supplier of Aleix Espargarò's suit, has revealed data from his crash at Silverstone. The airbag deployed in 950 milliseconds
1 min 17 sec ago

The third brand of Pierer Mobility AG together with Husqvarna and KTM might arrive in the French satellite team that will compete with Pol Espargarò...
4 days 1 hour ago