The Municipality of Jerez has launched new measures to stem the spread of the Coronavirus. This morning, Mayor Mamen Sanchez announced new restrictions for the entire territory valid until March 30th. Most municipal employees will work from home, playgrounds, while other municipal spaces, such as libraries and museums, have been closed.

The measures also involve the Angel Nieto circuit. The directive, at the moment, provides for the possibility of tests on the track only behind closed doors, as reported by the  Diario de Jerez.

The RT Motorsport team's team manager, Ron Vennegor, who races in the Supersport 300, left a statement with Speedweek. His team was on the track this morning for tests, but was stopped along with the other riders present. "We've been told that the circuit will not be in use for 50 days."

Trials for  the Honda MotoGP test team were scheduled for next week, March 18th-20th, but they were canceled. The same could happen for the second Moto2 test, scheduled for April 8th-10th. 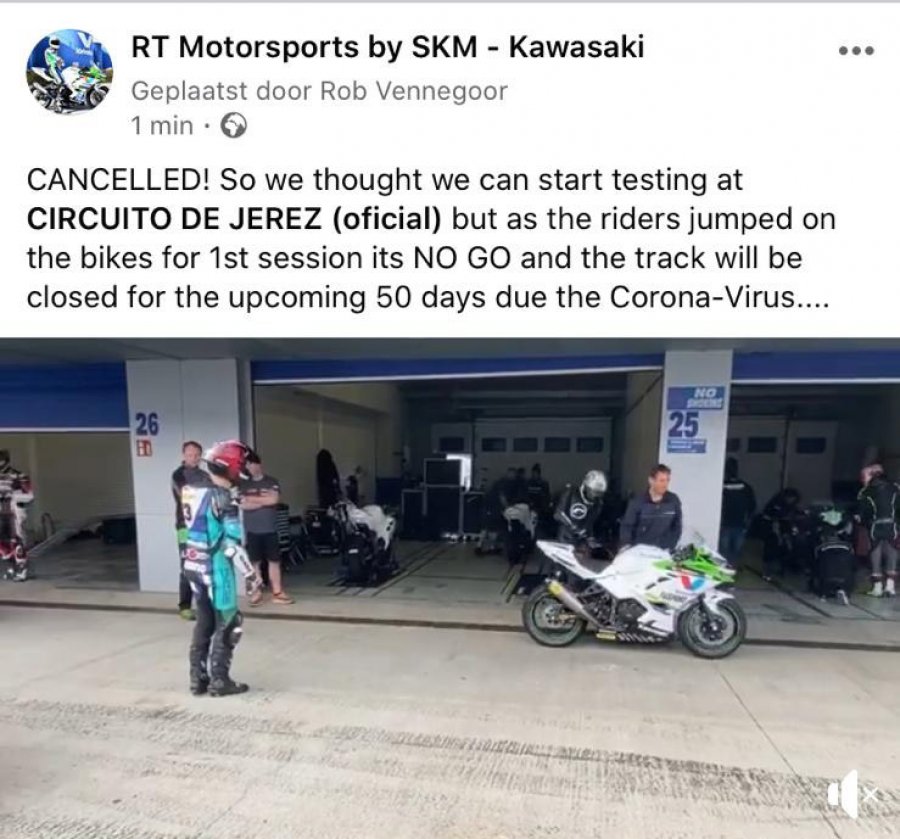