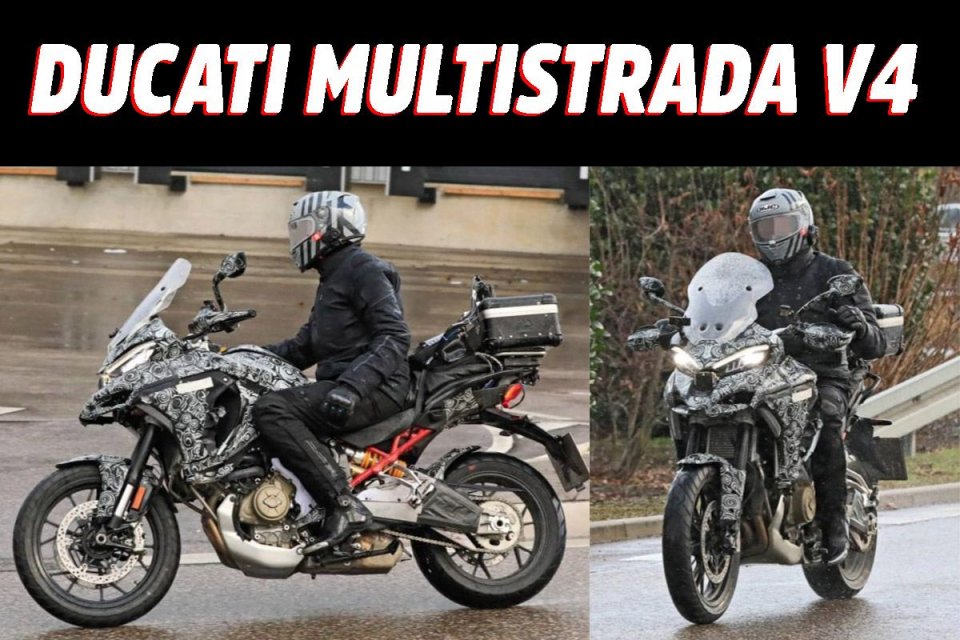 Ducati has recently taken the painful decision to close the production plant in Bologna, following the spread of the Coronavirus emergency. In recent days, however, activities have been carried out regularly at the usual pace, especially for the R&D department of the Borgo Panigale-based company, which is continuing the development of several new products for 2021.

The main one, the most announced and from a certain point of view more expected is the Multistrada V4, powered by the same engine that is currently present on the Panigale V4 and the equally expected Streetfighter. The maxi streetfighter of Borgo Panigale is around the streets around Bologna and these shots have been stolen and posted on Facebook by several fanpages dedicated to red bikes.

The pictures show a bike more and more defined in its details, with an immediately identifiable family feeling, but in this version of the Multistrada it seems to define the shapes in a more aggressive way compared to the current twin-cylinder model.

The hope is to see it in its definitive form in Milan for the 2020 edition of EICMA.