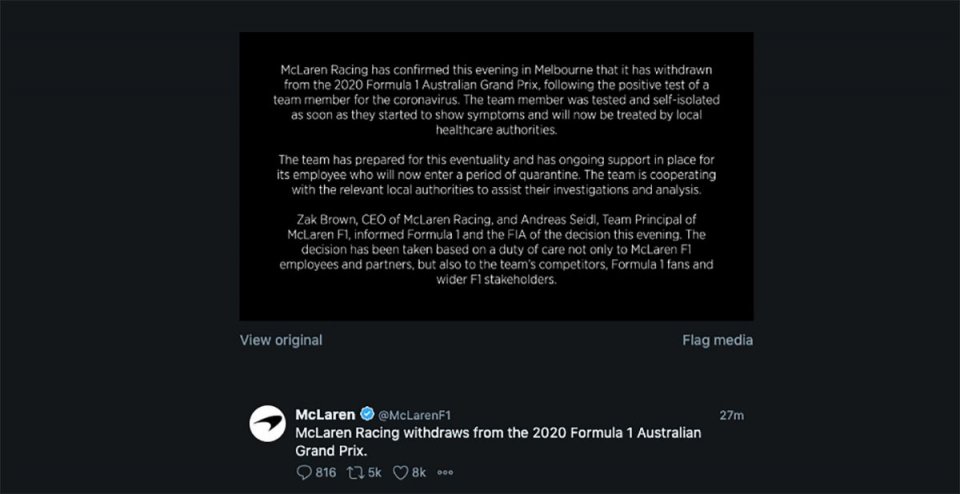 The spectre of the coronavirus has now crash-landed violently onto the scene in the Formula 1 paddock. The smooth running of the Australian Grand Prix had never been called into question despite the growing emergency and it had simply been decided to adopt greater safety measures to safeguard the health of fans and the world championship circus.

Unfortunately, however, the coronavirus has found a way to ruin the plans of Liberty Media, the equivalent of Dorna in the premier class of four-wheel racing. A member of the McLaren team has manifested the typical symptoms of the disease and swab-tested positive, leading the team to take the decision to withdraw from the Grand Prix. At the moment no communication has come from any other teams, but it is reasonable to expect something to happen in the next few hours, also because the mechanics of some rival teams fear the possibility of going on strike to stop the race from taking place.

Lewis Hamilton himself had expressed concern regarding the decision to continue with the first GP of the Formula 1 season and after this latest development, other drivers are sure to express their opinions on the matter.