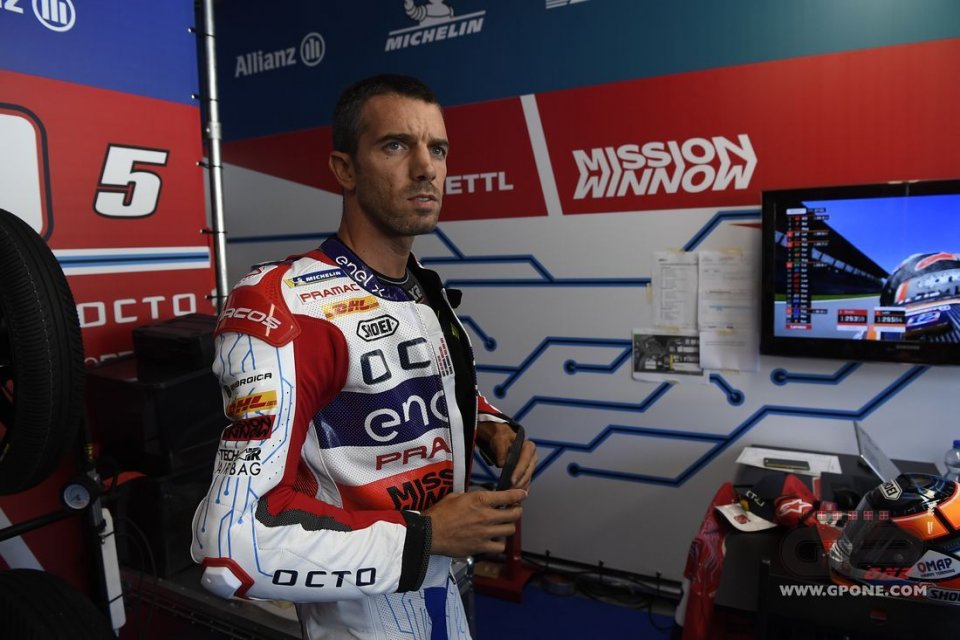 While Italy is trying to do everything possible against the coronavirus emergency and the rest of Europe is only now starting to tackle the problem, everything seems calm in Jerez. Today the first of the three days of testing scheduled for MotoE took place with only one defection, that of the SIC58 Squadra Corse team which, at the behest of Paolo Simoncelli, remained at home as a gesture of responsibility.

Not everyone, however, thinks that the situation is normal. Alex De Angelis for example has given vent to his feelings on social media. The Pramac team, for which he races, has no problem getting anyone who wants to go back home, but in all this the only one who has not taken a position is the organizer of the championship, Dorna.

“I don't think it's right what they have decided to do here in Jerez for the MotoE test. Zero respect towards all Italians who are here to work but who would like to return home to their families. It is true that no one forces us to stay (indeed the Pramac team would buy us a ticket to go home immediately) but it is not sporting on the part of the organization to facilitate all the other teams and riders of other nationalities by continuing the test as if the problem was not so important and widespread.”

"This is my personal opinion”. 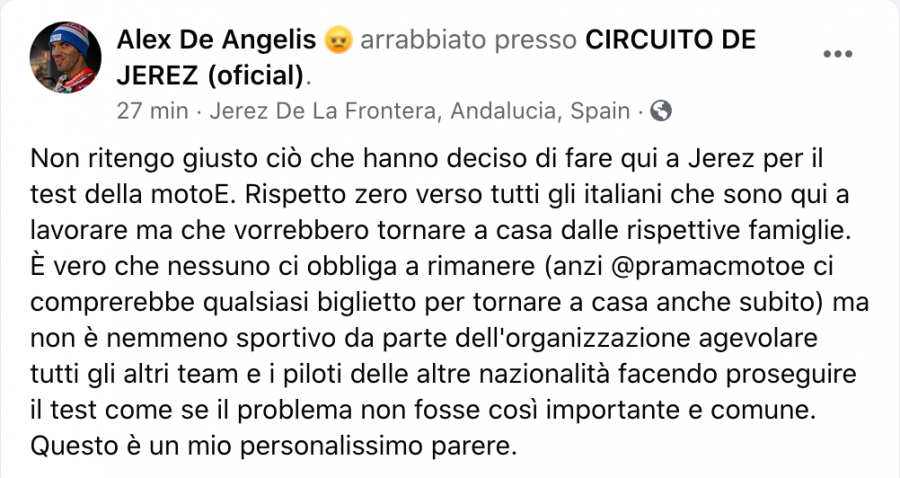 Bastianini: "What I did in Mandalika won’t be easy to repeat, but we did...