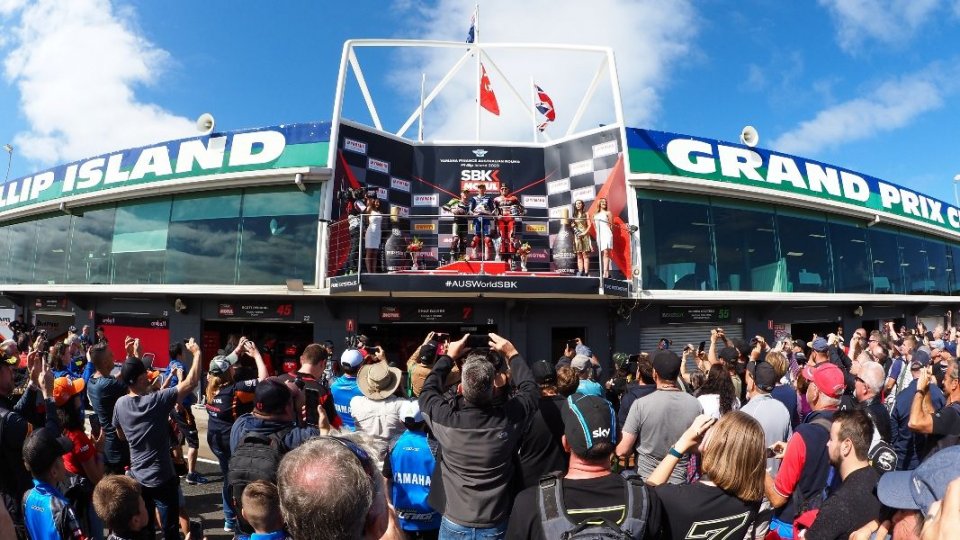 About ten days before the start of the World Championshit, the Charity Stars portal launched a charity auction in favour of the BlazeAid association, which is helping those who have been victims of the fires in Australia. Up for grabs were various items such as helmets, sliders and riders' suits, as well as autographs and tickets for the first weekend of the Championship.

Now that the auction is over, the proceeds were almost 37,000 euros, 36,712 to be exact. One of the highlights was the helmet used by Johnny Rea at the Phillip Island weekend, made for the occasion by Aldo Drudi. The man who made sure of it, donated 17 thousand euros to the association.

In Australia, the riders put on a show on and off the track, as did their fans.