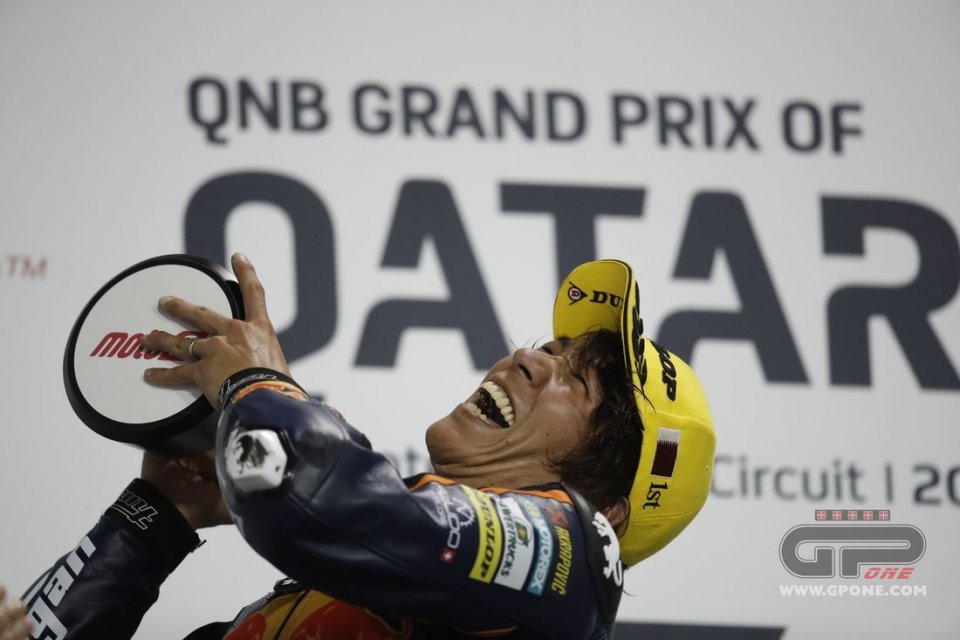 Ready, Set, Go. But without the MotoGP. The Qatar Grand Prix will be remembered as the weekend without the premiere class, stopped by the Coronavirus. The Moto2 and Moto3 made sure no one missed it, putting on a show for the beginning of this half championship.

Nagashima led Tomizawa to the podium, Baldassarri and Bastianini set the race on fire with their overtakings, Marini deceived before giving up and finishing the race on the ground.

Only disappointments for the Italians in the Moto3 who, for one reason or another, got little or nothing. To make up for it, we'll have to wait for the next race, even if nobody knows when that will be.

THE GOOD - Tears and joy after a victory worth more than 25 points or your name written in the World Championship statistics. Tetsuta Nagashima had the best ending possible to a sad story. He also brought Shoya Tomizawa on that highest step on the podium in Qatar. It seemed like a fairy tale, and that's the beauty of motorcycling.

THE UGLY - Predictable because a Grand Prix without the MotoGP is like a holiday when it rains every day, or a dinner with only an appetizer. The only trace of the premier class were the crates of the motorcycles in the paddock, waiting to fly who knows where. They couldn't have done more. We just have to wait.

THE BAD - In a corner, or stay in the garage. The Race Direction no longer wishes to tolerate the behavior of the Moto3 riders, (almost) all world champions in search of the best tow. Those who'll continue will pay for it. The consequences will be steep, and they'll miss the next turn. Ditto for those who'll go off track, and Masia knows something about this, since he lost the podium because of this infraction. Are these rules too harsh? Maybe, but to avoid the Far West of the past few years, the sheriff had to open the prison.

THE DISAPPOINTMENT - After more than a year, not even one Italian has gotten on the Moto3 podium. They searched for Dalla Porta's heir, but no one answered the appeal in Qatar. Arbolino, Vietti, Migno, and Fenati were our best weapons, but all dull. Hoping that the well begun isn't half done. 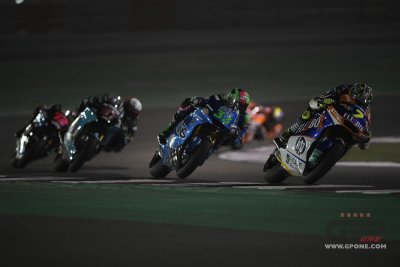 THE CONFIRMATION - Lorenzo Baldassarri and Enea Bastianini, both promoted for the first exam of the year. For various reasons, they had earned a dunce hat at the end of the season. But they gave it their all in winter, studied, and both ended up with a great race. They just have to (so to speak) continue like this.

THE ERROR - It's not clear what the cause was, but something went wrong. You can't stay in command for more than half the race and then, in six laps, end up at the edge of the lead area. The front tire was Luca Marini's problem, Now they need to understand why.

THE SURPRISE - Reading a ranking and finding the names of the Roberts and Gardner duo is like going back in time. Joe, however, has nothing to do with the Kenny dynasty, other than having the same passport and speed habit. It's been a while since there was no mention of the USA in the world championship. The rider from Malibu brought the stars and stripes flag back into fashion.

THE PASS - The engines are all the same, but some are less equal than others. Seeing Enea Bastianini's performance on the straight, doubts arose about the novelty of his Triumph 3-cylinder. So he was the victim of a lot of overtakings. 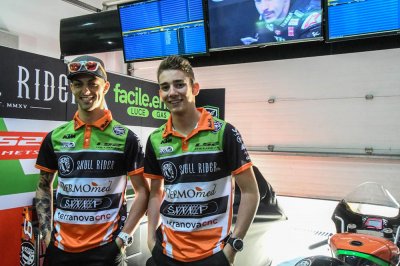 THE INTERESTING FACT - The Boe Skull Rider Facile Energy team decided to focus on the Italians, with Davide Pizzoli and Riccardo Rossi. It has an interesting record: the youngest team, with a total of 37 years between the two riders.

THE I TOLD YOU SO - A winter spent making predictions for the first MotoGP race. We were all wrong.