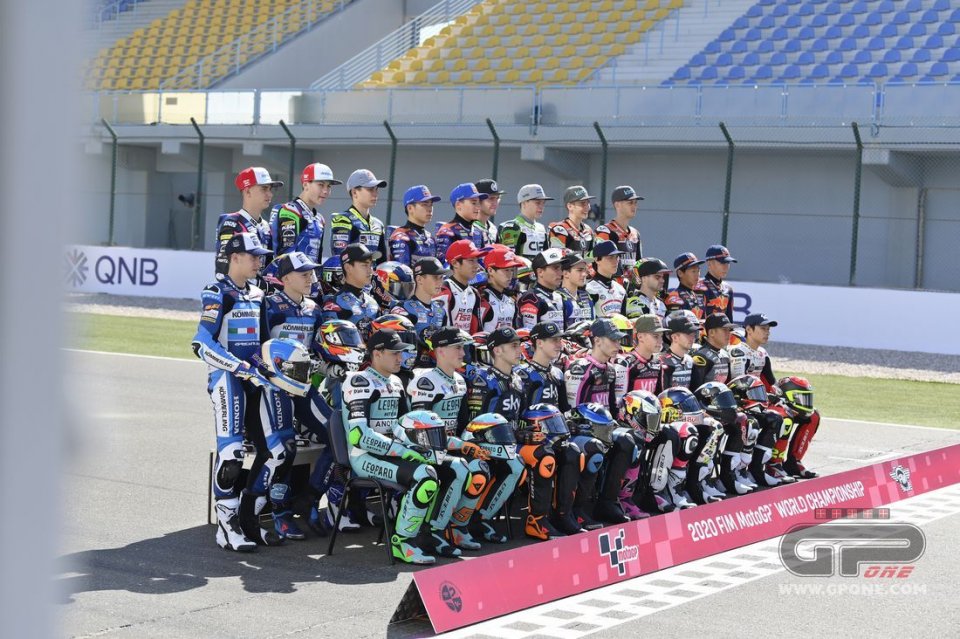 Endless trains of riders, riders who wait for the best slipstream by lapping slowly: it is a usual sight in Moto3 where, especially in qualifying, it seems more important to get a good tow instead of focusing on being as fast as possible.

For some time now the Race Direction had tried to increase the penalties for certain track behaviour that can also create danger. This year, it has increased the sentences even more.

Moto3 crew chiefs and riders have been informed in Qatar that nobody now will get away with this behaviour. If one rider obstructs another, the culprit won't find himself with only a grid penalty, but he will also be stopped from taking part in the next session. For example, for an infringement in FP2, a rider could miss FP3, if it happened in FP3, however, he wouldn’t take part in qualifying.

In the event that the misconduct was done in qualifying, the penalties have been tightened: in that case the rider wouldn’t miss the race, but penalties, such as a Long Lap Penalty, could be applied during the race.

These measures seem to have had their effect because in Losail qualifying the riders were more careful than usual.