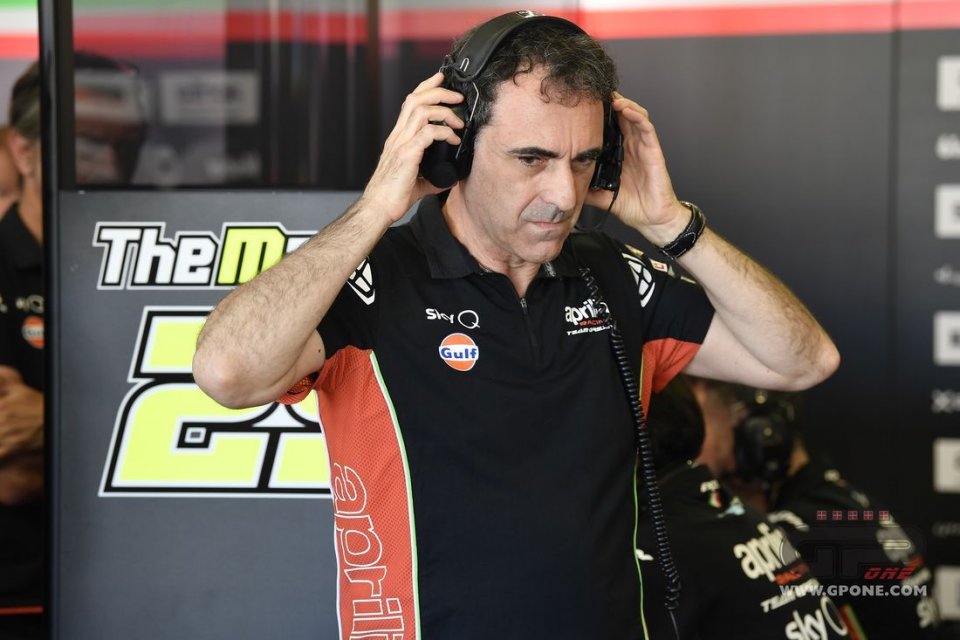 MotoGP is in the middle of a forced rest period, due to the restrictions that some countries are imposing following the spread of the coronavirus. At the moment, the championship start date is set for April 5 in Texas, but the situation is changing day by day. This does not mean that MotoGP has come to a full stop, because the engineers want to take advantage of this extra time right until the final minute.

This is the case in every racing department, and Aprilia’s in Noale is no exception. The new RS-GP took to the track for the first time in Sepang, but there will be other occasions before the start of the championship. The bike’s father, Romano Albesiano, technical director of Aprilia Racing, has revealed the news to us.

TO LISTEN TO THE PODCAST OF THIS INTERVIEW, SCROLL THE ARTICLE TO THE END

"These are causes of force majeure and there are some things that come before everything else – he commented on the stop - It is not for me to say how things are managed, it is difficult to do it in a normal situation, let alone when there is an emergency like this" .

If we want to see the glass half-full, you have a month to work on the bikes.

"It is clearly an opportunity for everyone, we will not stop. I give a concrete example: we had already scheduled tests for the Test Team at Jerez from 18 to 20 March, but now it has become a test in which there will be the factory riders, things have changed. We have already got back some of the material from Qatar for this reason. There is also an opportunity to sort out some details."

So, the bikes are already in Noale?

"We sent a team to Doha who organized an expedition for the material that we will need for the Jerez tests."

Will you involve all the riders and testers: Aleix Espargarò, Bradley Smith and Lorenzo Savadori?

"We are defining it these days, as there are 3 days of tests the riders could be rotated."

What can be done in 30 days on the bike?

“Not a lot, it depends on which components we are talking about. For example, for some parts of the chassis it takes just one week for them to be produced, others for the engine take three months. Some things can be changed, but for most of the engine there is not enough time. However, further tests can be completed, work on the electronic mappings and on those components already scheduled but which would have arrived late for the first race ".

Can the aerodynamics also be developed?

“We have a very demanding wind tunnel program, but we are having trouble doing it because of the coronavirus. We do our tests in Germany and we are having problems in going to carry them out. "

Are there also problems with external suppliers?

"At the moment there have been no slowdowns or interruptions."

Is this extra month of work more useful for those like you who have a brand-new bike or for those with an already developed project?

"I think it can be more useful for us because everything is new and there is always something to change. It is also true, however, that the bigger a racing department is, the more it produces new stuff, therefore it has more opportunities to introduce them. Giving an answer is difficult, we have taken some opportunities, but I think everyone has done it ".

Can we say that the new RS-GP got off to a good start after the winter tests or you need the data that only a race can give?

“The race is the real yardstick, at the moment we have had partial but clear indications, in the sense that the bike is clearly better than the previous one. The step forward that we have made is difficult to achieve with a normal evolution of the project. Where we can really be in the standings, we will find out when we do the first race. It seems like the usual excuse, but this year all the bikes seem more competitive and it only takes a few tenths to be at the back, so everything must be perfect. MotoGP has continuously increased in level over the years and we hope that what we have done is sufficient (laughs)”.

"The Ducati with variable set-up? We have been working on it for some time" 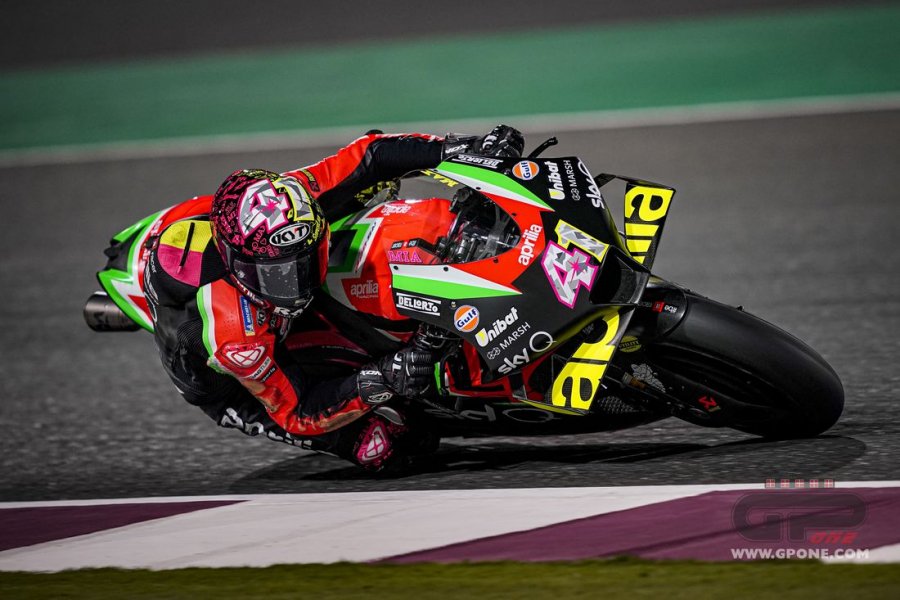 In recent months there has been a lot of talk about the Ducati 'with variable set-up', is it a system that Aprilia is thinking about?

"We have been working on a similar, if not identical, concept for some time and we hope to have it on the bike soon. Managing the height of the centre of gravity at will moves the limit in various stages, braking, wheelies, and probably also improves the aerodynamics on the straight. In simulations it is not a system that gives massive advantages but a small thing that helps ".

In recent years there has been a major evolution in aerodynamics, has the new development area changed now?

"For aerodynamics there has been a very visible change, because we have gone from bikes without appendages to others that had them. This required the manufacturers to make a qualitative leap in terms of design and simulation in the aerodynamic field, so you don’t see any more major changes in the appearance of the bikes but the work behind it I think has increased even. However, we are starting to work on other aspects too, we have been working on concepts of this kind for years ".

"We are not Formula 1: a simple and balanced bike is competitive"

What is the difficulty in acting on the set-up of the bike?

“We must always find a balance between systems that are too complex and the fact that a very simple bike, having found its balance, can become unbeatable. We must not lose sight of this concept, then logically everyone, including us, seeks the 'gadget' that can give a tenth of a lap, but often in the simplicity and balance of a motorcycle lies its competitiveness ".

Will MotoGP reach the extremes of Formula 1, where we have seen the DAS on the Mercedes, the steering wheel that looks like a cloche?

"I don't think so, also because the automotive world has levels of investment that simply cannot be compared to us. Other than that, a motorcycle is a dynamically much more complex object than a car and it is more difficult to invent something that makes a big difference. The beauty of the bike is also the fact that if it is simple and balanced it is extremely competitive ".

"Iannone? I think he must have started the season with assurances"

Can this month’s break also be useful for reaching a conclusion on the Iannone affair?

“I honestly can't answer, it's a question I don't deal with and we are on the outside looking in. The only thing I can say is that he should have started the championship with assurances, in order to be able to make our plans, also for next year ".