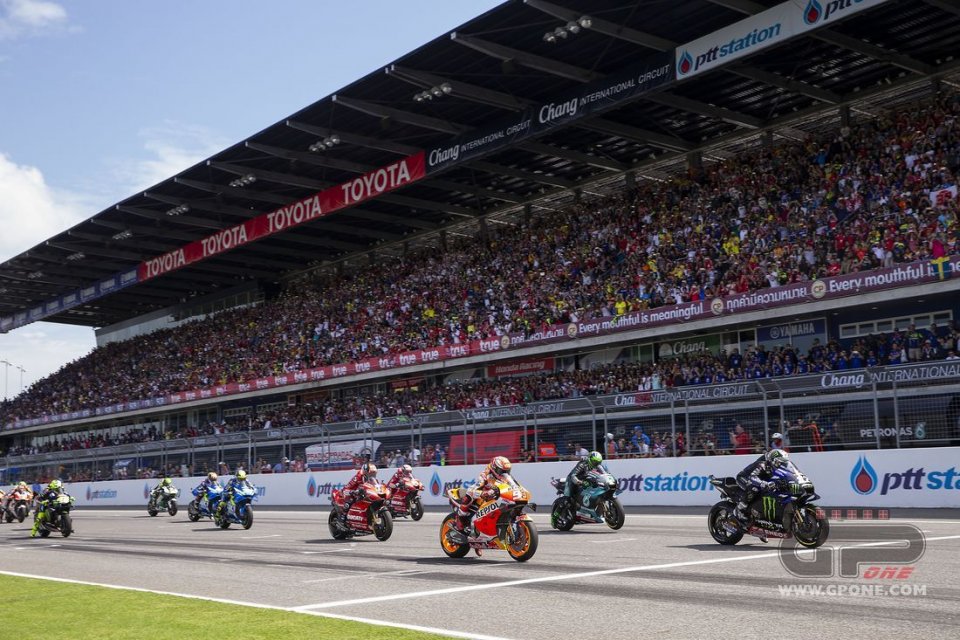 An update to the MotoGP calendar has been published today. The biggest change concerns the postponement of the Thai Grand Prix from April 19 to October 4. As a result of the coronavirus emergency, the Buriram race had been postponed to a later date and it was decided to insert it at the end of the season, before the triple-header in the Far East.

To do so, the Aragon GP has been brought forward by one week, and it will now take place on September 27.

The rest of the calendar remains unchanged and the Grand Prix of the Americas, in Austin, is confirmed for April 5 as the first round for MotoGP. The situation, however, is constantly being updated and other changes in the coming weeks cannot be ruled out.

Here is the updated 2020 calendar: 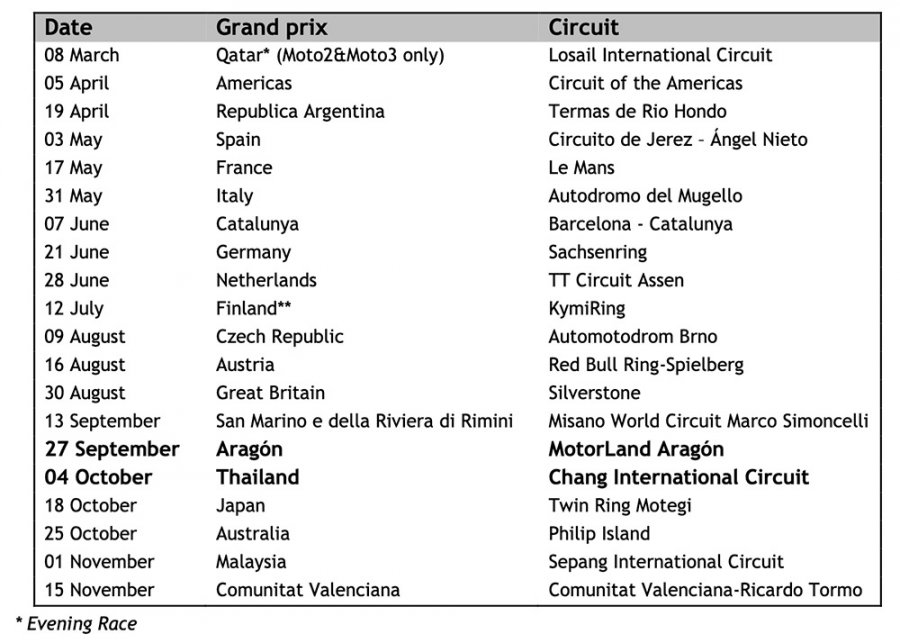 Pack your bags: here is the (provisional) 2023 calendar

The official announcement came today. The rider from Ascoli: "I have no expectations other than to return to a serene and clear climate inside the...
12 hours 49 min ago

This is the first MotoGP pole for Honda since Pol Espargaro at the British GP last year (21 races), ending the longest sequence of successive premier...
17 hours 44 min ago

“We want to thank the entire paddock and especially the Suzuki team that helped us rebuild the garage. We’re ready to start the Japanese GP.”
22 hours 56 min ago