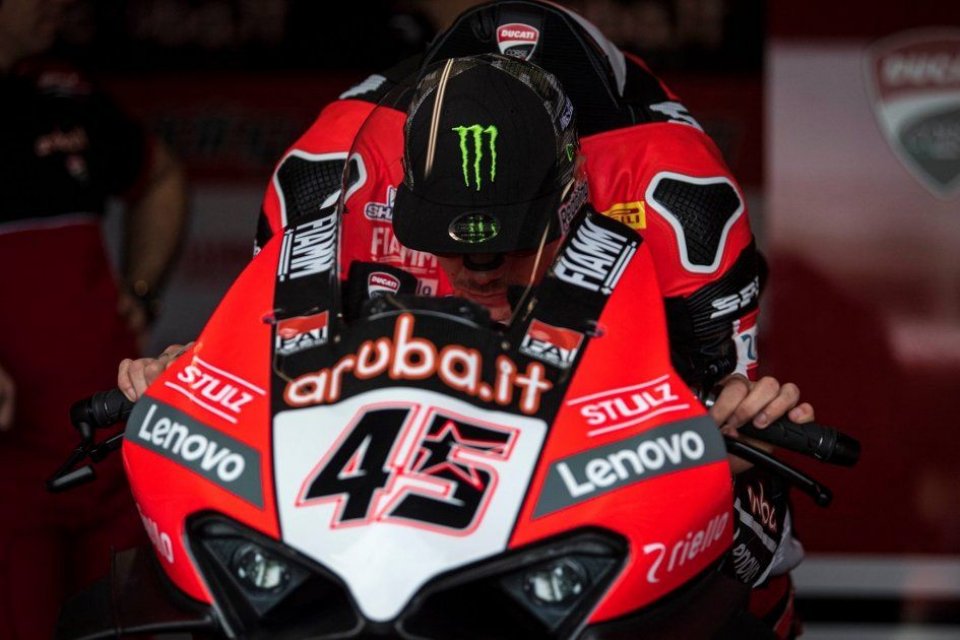 Let’s wind the tape back exactly one year ago, when Alvaro Bautista and Ducati gave the fans of the Italian bikes a weekend to remember at Phillip Island. Nobody expected to see the Spaniard and the V4 make such an impact in the Superbike World Championship, because Bautista not only won, but dominated in every way possible, taking home all three of the wins.

In addition to the victories, the most important aspect was the gap of 20 seconds handed out to the opposition, without forgetting the outright top speed recorded by the Panigale V4R. It was exactly the same story for the first four rounds of the season, so much so that no one was able to put a spoke between the wheels of the Bautista-Ducati pairing. We actually had to wait for the Imola weekend to see someone break their dominance.

The Ducati, in fact, was a sort of steamroller, which on the straight totally blitzed its opponents, capitalizing on the power of the V4 engine and at the same time on the physical conformation of Alvaro, whose weight was around 60 kg. Motorcycle and rider therefore were one thing together, so much so that the combination seemed to be perfect.

One year later, the Phillip Island weekend left us with several questions, because that superiority shown by the team in red seems to have disappeared. One example could be Race 1, where Redding found himself on several occasions in Lowes’s slipstream, but couldn’t overtake him. Many observers predicted that the Ducati would have gobbled up the Kawasaki, but Alex easily tamed his rival and was able to keep him behind. This was curious, and in his post-race debrief Redding explained the reason why: "Unfortunately, I weigh 15 kg more than Bautista and this has a significant impact on the performance of the engine on the straight".

Scott admitted that the reason depends solely on his weight, which is far superior to that of the Spaniard. Other than that, there is another matter that keeps centre stage with Ducati, and it concerns the Panigale’s engine revs. The V4R started the season with 16,100 rpm, the same as it had in the second part of last season, after the organizers had removed 250 rpm following the Aragon weekend.

As everyone knows, Dorna and FIM can intervene on the engine rev limit at any time of the season to rebalance the values ​​on the track. It is a pity that this is a matter concerning last season and not the new one, where Ducati would like to start from scratch, allowing the red bikes to take to the track with their original 16,350 rpm. The question therefore arises spontaneously: is it right that the values ​​of the previous season influence those of the following one or once a world championship comes to an end and the next one starts is a reset necessary?

The question is open to debate and we honestly don’t know how much 250 rpm can affect performance. The fact is that this represents a serious headache for the Men in Red, who now have to search for the necessary countermeasures.