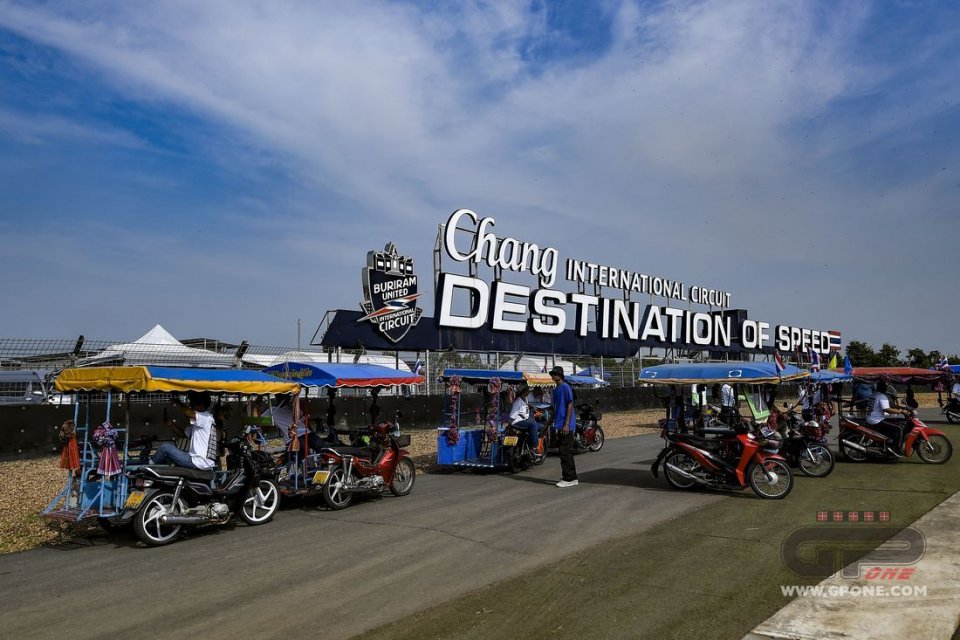 The Thailand Grand Prix, scheduled for March 22, has been postponed to a later date. We had anticipated the news yesterday and confirmation has now arrived from the Government of Bangkok.

Deputy Prime Minister and Public Health Minister Anutin Charnvirakul said officially: "It is necessary for us to postpone the Thailand Grand Prix 2020 scheduled for late March for an indefinite period since Covid-19 has been declared a dangerous communicable disease which has sent a world-wide impact. This is to reflect the government's seriousness in tackling the problem,” reported the Bangkok Post.

After bringing about the cancellation of the MotoGP race in Qatar, the Coronavirus has now also affected Thailand, where yesterday the first victim caused by this disease was recorded.

The plan is to move the Buriram race to October, but at the moment there is only one date available, that of 11 October, but doing so would mean having 5 races in as many weeks, unless the Aragon round in September is not brought forward one week. The situation is constantly evolving and in fact the Thai Minister did not want to take a position on the possible date when the GP could be held again.

The only certain thing at the moment is that MotoGP is expected to start the championship in Austin on April 5, but the situation in the United States is not particularly rosy either. American Airlines has suspended all flights to and from Milan from Miami and New York airports until April 24, while Delta has blocked the route with Milan until early May. These were all measures taken after the White House raised the alert towards the Italian areas most affected by the virus to level 4, the maximum, which means "Do not travel".

Depending on the evolution of the situation in the coming weeks, we will be better able to understand whether or not the Grand Prix of the Americas is at risk.