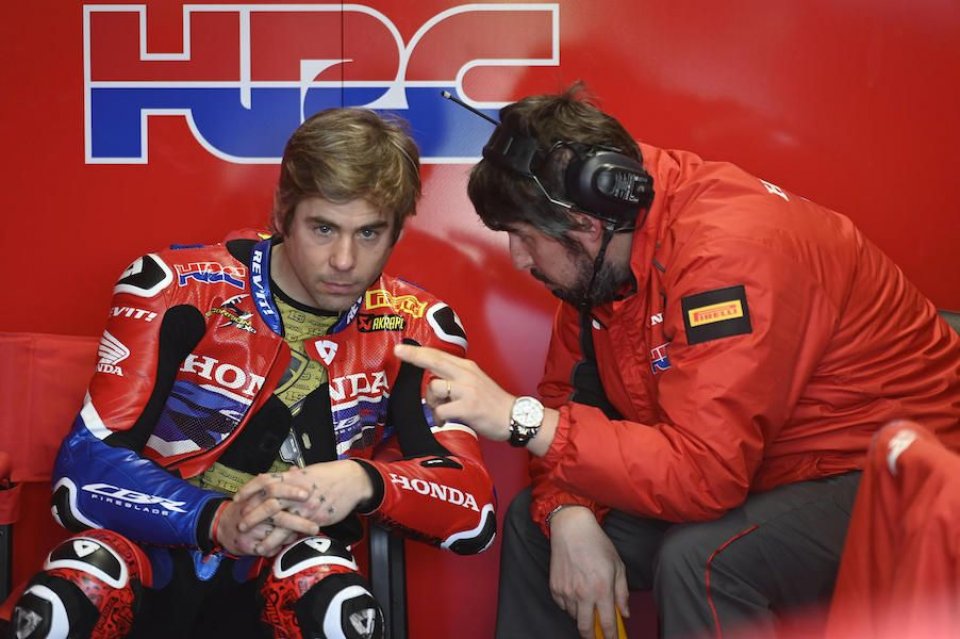 It may not have been the perfect photocopy of last year, but Alvaro Bautista's Australian weekend can still be viewed positively. The Honda rider said he'd be calm with zero expectations on his first race weekend riding the CBR1000 RR-R, and he stated that he hoped only for an increase in the bike's development.

“I've reached 30% of the development that I had set as a goal for myself. I'm glad you remembered that, " Alvaro told us immediately after Race 2. "We're at the beginning of the project, and we still have to learn many things. However, I believe this has been an important weekend in which we have done many positive things. I have to thank Honda for believing in me, and I know that it's not easy for them to wait for a rider who comes from another bike with a different engine."

We talked about the perfect Bautista weekend in Phillip Island twelve months ago. A weekend that contrasts the results in the race of this 2020 for both Alvaro and what was his motorcycle, the Ducati Panigale V4-R, which reached only a third place as a maximum result. One wonders if Alvaro is amazed not to see the Ducati on the top step of the podium here in Phillip Island.

However, it must be said that Ducati was the star of a really important weekend thanks to Scott Redding's three third positions, second in the world rankings, and Davies' nice comeback, from 15th to 5th in Race 2.

“A little complicated but, all in all, I'd say it was a positive day. I got a lot of data for the team in very different grip conditions."

In these different and complicated conditions, did you feel better in the morning or in the afternoon?

“I wasn't feeling bad this morning, but I fell. I don't think I could have fought for important positions. I fell because I tried to go faster, and I lost the front. It was a quick fall, but it's in no way linked to any problem on the bike."

But during Race 2 you seemed closer to the top riders.

“The conditions were really bad, and the times were very high, like in a Supersport race. That's why the front group was very large, but I suffered a lot with the front. I had no grip, and the tire slipped in all the corners because my speed was too low, and the bike started to move a lot."

He will be replaced by Dominique Aegerter on the NTS. Jesko: "After ten minutes of effort, I'm exhausted and I see black spots,"
1 day 8 hours ago

No Fans at Washington Track Due to COVID-19 Restrictions. The Ridge Motorsports Park will be offering 2020 ticket holders the option to either...
2 days 4 hours ago

First weekend of racing for the 300 category that gave us two exciting and very tight races. Championship standings congested with Carrasco in 4th...
4 days 2 hours ago

Antonellini: “We knew we were in the wrong, and we were ready to pay a fine, the expulsion is excessive. I myself have seen Dorna's men without masks...
4 days 8 hours ago

The rising star of the MotoGP is a fellow citizen of the mayor of Nice, Estrosi, who received as a gift yesterday the Pernod with which he competed...
5 days 11 hours ago

"It's great to go back to racing after watching the MotoGP races. In the heat I had problems in the Barcelona tests so this morning I tried something...
6 days 3 hours ago