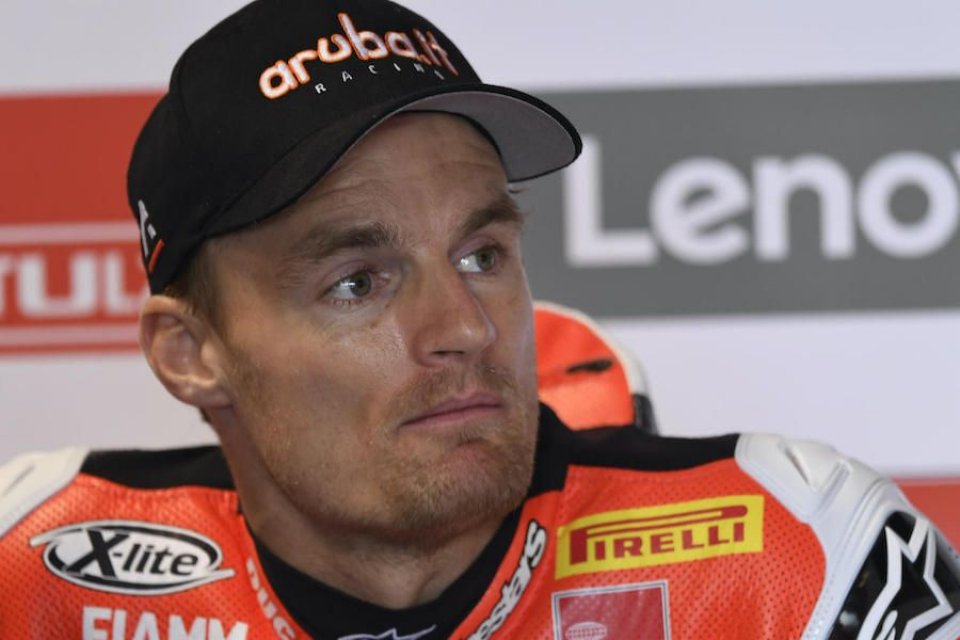 Saturday at Phillip Island was definitely not a great day for Chaz Davies. The Ducati rider continued along the same lines of the tests and free practice sessions, scoring lower than expected and continuing to suffer on the Panigale V4 R. After a 16th place in the Superpole, Chaz struggled to maintain contact with the group of the best during the race, especially during the first laps, and he closed Race1 of the first round of the season in 8th place, more than 11 seconds from the Yamaha ridden by Razgatlioglu, who won the race, and Scott Redding, who was able to get on the podium.

“Actually, from mid-race onward, my pace wasn't bad," a disconsolate Davies said at the end of Race1. "I wasn't far from the best. The problem is the grip at the beginning." Today it really sucked and, in this condition, if you try to push, you kill the tires, so I had to stay calm and remain patient till end the race."

Did you have the same problems in qualifying too? You got almost a second and a half from Scott.

"Yes, I had other problems but always the same result which is one: 'not fantastic'. Scott did a great job managing to start from the front row, but he also couldn't improve much with the softer tire. The problems remain, since Rinaldi also struggled."

Have you talked about these problems of yours with Pirelli?

“The problem is not with the Pirellis but with the bike. We struggle to make the most of the qualifying tires, and we're faster with the race tires."

During the tests, these problems had not emerged. How many times have you tried the qualifying tires?

"I tried the tires a bit during the winter, twice in Portimao, and once in Jerez."

Do you think the situation could change tomorrow?

"I hope so. We'll make changes on the bike, not massive ones, but there will be. Especially to improve the rear and traction on the corners."

He will be replaced by Dominique Aegerter on the NTS. Jesko: "After ten minutes of effort, I'm exhausted and I see black spots,"
22 hours 50 min ago

No Fans at Washington Track Due to COVID-19 Restrictions. The Ridge Motorsports Park will be offering 2020 ticket holders the option to either...
1 day 18 hours ago

First weekend of racing for the 300 category that gave us two exciting and very tight races. Championship standings congested with Carrasco in 4th...
3 days 17 hours ago

Antonellini: “We knew we were in the wrong, and we were ready to pay a fine, the expulsion is excessive. I myself have seen Dorna's men without masks...
3 days 23 hours ago

The rising star of the MotoGP is a fellow citizen of the mayor of Nice, Estrosi, who received as a gift yesterday the Pernod with which he competed...
5 days 2 hours ago

"It's great to go back to racing after watching the MotoGP races. In the heat I had problems in the Barcelona tests so this morning I tried something...
5 days 18 hours ago