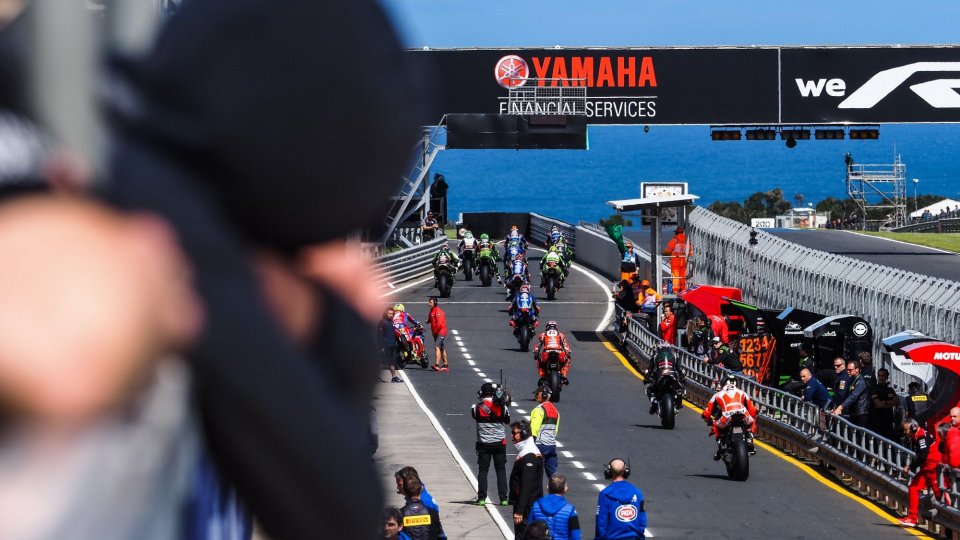 Superbike is the second division of motorcycle racing; this was what Carmelo Ezpeleta said to us exclusively a couple of weeks ago. The Dorna boss had belittled the value of the production-based series in comparing it with MotoGP. We had a word with the SBK paddock to see what they thought.

The first to talk about it is Marc Bongers: “In my opinion, I don't think Superbike is the second division of motorcycling, also because I don't think it's correct to make a ranking - said the BMW SBK project manager – I think this championship is an alternative to MotoGP and these two realities don't have to be compared, since they are two separate things. I am of the opinion that the World Championship for production-derived bikes is representative for mass-produced motorcycles and above all for enthusiasts".

Andrea Dosoli was of a similar opinion: "I don't think it is necessary to make a comparison, given that on the one hand you have prototypes and on the other hand standard bikes - commented the Yamaha team manager – They are two completely different things. I believe that Superbike highlights the value of the road bikes to the maximum, so much so that development follows from it. This applies to SBK, as well as to SuperSport and Sport300".

Serafino Foti of Aruba was also on the same wavelength: “In my view, Superbike is a championship of the utmost importance, because it gives an identity to street bikes, from which their development then follows. Already this point I think is a decisive aspect in the value of the Championship. In addition to this there is the component of passion, or the fact that people can freely enter the paddock, live the weekend close-up, as well as get closer to the bikes and riders. In MotoGP, on the other hand, is a bit different "

Apparently the views of the ​​team managers are virtually identical and this also applies to Honda's Jaume Colom: “They are two completely different championships, one based on prototypes, the other on production bikes. Therefore it is not possible to compare these two realities, taking into consideration the fact that MotoGP is more exclusive than SBK, given that people have easier access to the Superbike paddock".

Scott Redding against the grain: “I agree with Ezpeleta, MotoGP is the top”

While the representatives of the manufacturers go in a certain direction, it does necessarily apply to the riders. This is the case of Scott Redding, who prefers to put the premier class of the World Championship at a higher level: “I don’t blame him for saying that. MotoGP is the top, while Superbike is the next best thing after MotoGP". As usual Scott doesn't mince words to say what he thinks.

Van der Mark: “Superbike is not the second division, but simply another series”

Michael van der Mark said the opposite: "I don’t agree, Superbike is not the second division of motorcycling, it is simply another series. You can't really compare MotoGP and SBK. I am quite happy to race here, the fans love SBK. Honda's return in an official form shows that interest in this category is increasing. I would call it a different championship to MotoGP, but not second division."

Bautista: “Before coming here I had the same idea as ​​Ezpeleta, but it’s impossible to compare them”

Alvaro Bautista also had the same idea: "Before coming to this paddock I had the same idea as ​​Ezpeleta. I thought exactly that. Then I realized that they are two different championships and it is not possible to compare them, because they are different. MotoGP is based on prototypes, Superbike instead on road bikes. In addition to the bikes there are also the riders. Some riders who have ridden MotoGP bikes and then came here struggled and the opposite is also true. Therefore, they are two different things".

Laverty and Camier also spoke on the issue, with common opinions: “They are two different things - they said - it is not possible to compare them. Both championships have characteristics that make them unique".