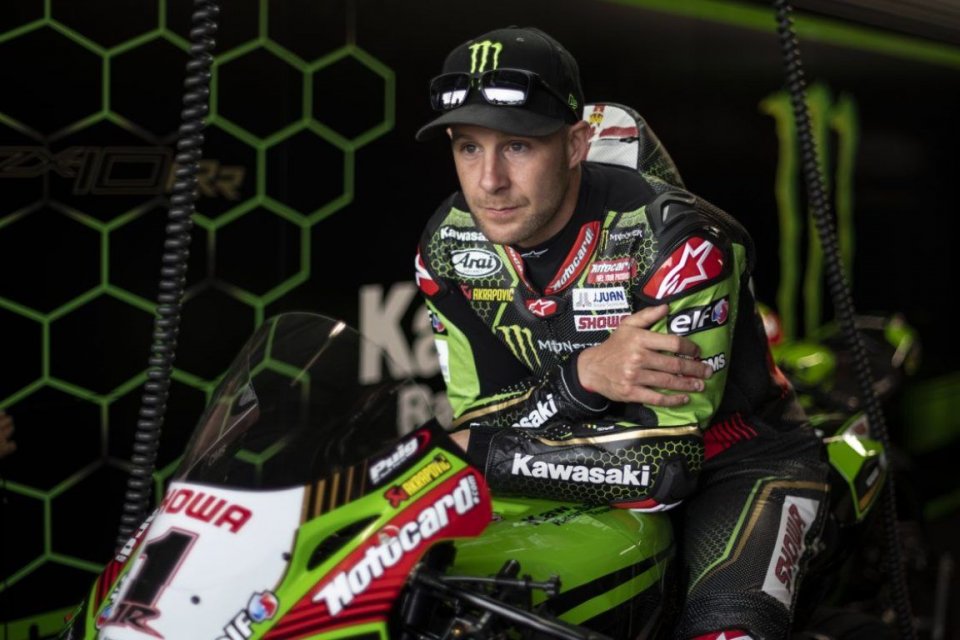 For our exclusive interview, we are faced with a relaxed Johnny Rea less than 24 hours from the start of the Superbike World Championship. In fact, his face exudes confidence and optimism, despite the fact that each year is different from the previous one. He is the favourite once again for the title, but he prefers not to think about it too much, keeping his mind focused on himself.

Tomorrow things will start to get serious and Rea has no intention of letting himself be carried away. His head is focussed on his Kawasaki, with which he will try and write a new chapter in the production-based championship. We chatted about the bikes, the track, and also the future that awaits him, knowing full well that it is not yet time to him to abandon the scene.

But before all that, he has a championship to defend from an image point of view, because the recent words by Dorna CEO, Carmelo Ezpeleta, who called Superbike the second division of motorcycling, did not go down particularly well.

Johnny, did you read the recent interview that Ezpeleta gave us, in which he said that Kawasaki has requested a wildcard in MotoGP?

“Yes, I read it. It’s not my position to talk about that, I wasn’t aware of the request, it’s a question for Guim (Kawasaki team manager). I know the background a bit, but I felt a bit sad about the interview because I felt he wasn’t very respectful. It was a very strange interview because I’m very proud of Superbike, I’ve been there all my career and I think it was made to feel that Superbike was a second division championship. That’s not nice but that’s how it is.”

How would you feel about racing in MotoGP?

“I’m lucky because I had the opportunity to ride in MotoGP for two races with a factory team and one of the best bikes in history, but after that I never had one contract put on the table or one proposal. I’m happy with my career, I can retire and be satisfied, but part of me is a bit sad that I never had the chance to go there. Now it’s too late, I don’t believe I could be champion at 33 years of age. When I was younger maybe, but not now. The level is really high, just look at the incredible skills of Marquez or others like Quartararo who put on a great show.”

So, you have no regrets?

“Not at all, everything about Superbike is more human, it’s a championship that gives access to the public and is close to fans. Here you can manage your personal life and also sporting life and I value that. MotoGP is the pinnacle, a big show and business but my career path is in Superbike.”

Are there any riders you wanted to share the box with as a teammate?

“I’d love to be teammates with Marc Marquez because I would really understand - or try to understand - how he is so fast by looking at his data. He’s also a nice human guy, I enjoyed hanging with Marc in motocross together in the past in Spain, I think we would have a lot of fun.”

But is it true that you want to retire?

“It’s funny because you read interviews in Italian, German or Spanish and the translation is completely different. I’m not retiring, no chance of that! I’m having too much fun, I’m competitive and I love riding the bike. I think three four years ago in an interview with a journalist I said I was thinking about retirement not retiring, I mean what comes after racing after I stop. If I become a team manager or open a café or go to the beach. I wasn’t thinking about retiring, I was imagining what am I going to do after racing. This quote must have been distorted.”

The new season is about to start.

“Yes, when you get to Phillip Island it's always special, since we're in Australia and the track is spectacular. This is also the first race of the season and as a result there is always a lot of anticipation. I’m feeling good, I know that I can be competitive and have a good weekend".

In the tests you showed that you are the favourite once again.

“It’s important to be ahead at the weekend (smiles). In the tests we managed to do the kind of work I wanted, but now we have to confirm everything from Friday onwards”.

You’re going to be chasing after a sixth consecutive title…

“Of course, that’s always the plan, to try and win again. It’s never easy, but we are in a good position. We’ve got a lot of experience from the past, I feel the bike is still to improve from a chassis point of view. Let’s see, it’s a long season of 39 races so anything can happen.”

According to an analysis we did over the past few weeks, it seems easier to beat Marquez than Rea. In the past five years, you've only made one mistake. Can it be frustrating for a rival to fight against you?

“It's possible, but you can see many times in the past that Alvaro, Chaz, Van der Mark and Toprak beat me. Last year I learned my biggest lesson with Alvaro because I had to accept being beaten. That changed my approach, and once I’d seen the challenge it was fun to fight back in the middle part then in the end it was much easier because I was fighting from the top and never thinking about defending. Then after Donington I started pushing the screwdriver in right down to Qatar.”

The competition appears to be bigger this year. Do you think that’s the case?

“I’ve been 13 years in the world championship and every single season it’s the same in January and February when everybody is excited. This year has a lot of reasons to be optimistic for a great season but in reality, it’s only one or two guys after four or five races who show they can be there. I’m not really looking at one guy, I’m focussing on myself every weekend, because it’s more important to be consistent than before and be on the podium every race.”

But you are always on the podium…

“That's true in the last seasons, but sometimes things can change. We need to improve our package and the bike. Ducati has a competitive bike, Yamaha a new R1, Honda the latest evolution CBR and BMW have a big upgrade. The season is long, but the most important thing is to be there in October".

One of the new riders on the grid is Redding.

“He is a really talented guy with a great career behind him, especially in Moto2, until recently I think he was the youngest ever GP winner. Unfortunately, in MotoGP he never had the best opportunities to show everything. I admire his decision to go to BSB, and to win the title in his first year was impressive. Now coming to World Superbike with a factory Ducati is great for him, he has the best opportunity to challenge and I expect him to be fast.”

What do you think of Scott? He said he was born to fight…

“There are five or six guys who think they can win, but in reality, there’s only one guy who can. His style is different to mine, I don’t like to talk much, he does. That’s his way, but he seems really cool, on social media he’s a funny character, my approach is a little different.”

Let's play a game: can you define Redding, Razgatlioglu and Bautista in one word?

“Toprak is talented, Scott is charismatic, and Alvaro …I don't know what to say to be honest, I’ll have a think about it."

What do you think of the situation in which Bautista finds himself?

“I have no idea to be honest. Like I say, you always need four or five races to understand where everybody is. It’s clear his talent is high, Honda as a factory have great engineers and they know how to make a racing bike. Time will tell, it seems like now he’s struggling riding the bike unlike Haslam, but he’s clever, he’ll work it out and I expect him to be there.”

One last question: who will win at Phillip Island?