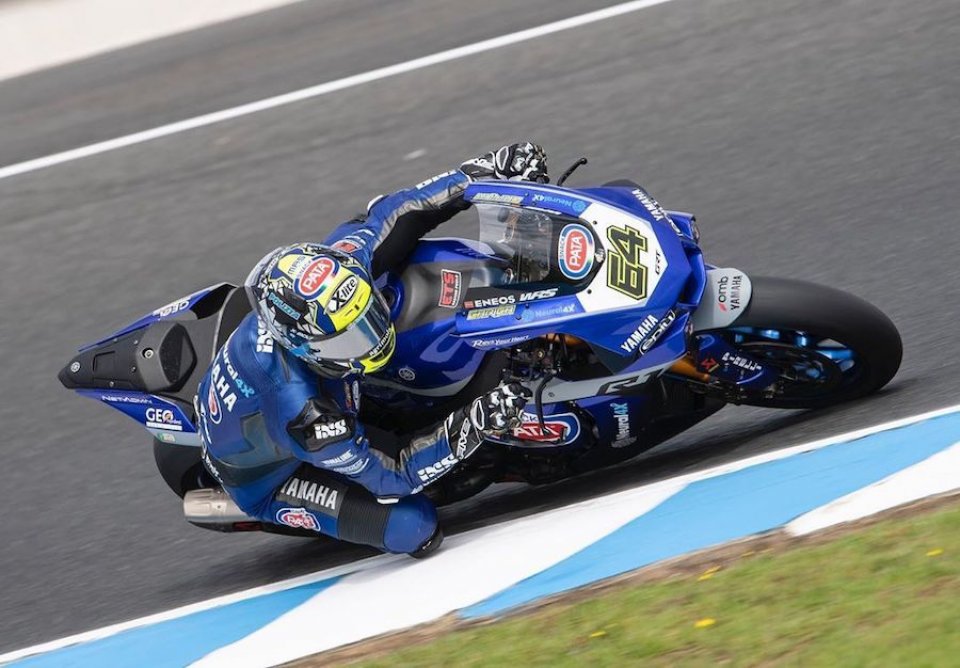 The SBK winter tests have also ended for Federico Caricasulo. The Italian rookie ended the two-day Phillip Island tests in 16th place with a delay of almost a second and a half from the top of the standings and luckily a fall without consequences.

“Today my front closed at 10. Several of us fell at that point. I troubled two days with the front but, in the last few runs of these tests, I think I've been able to outline the situation."

Scott Redding told us that you got a bit mixed up on the track before your crash. What happened?

"I don't really know. He overtook me, then I saw him going off at turn 5, slowing down, so I passed him again, but I didn't know he had fallen behind me."

Where are you with the Yamaha R1? Did you get it?

“I'm behind in the standings, but it's also true that, if I have to improve by half a second, and I know I can do it already starting Friday, I'll be in the top 7 or 8. I'm not far. I know I have to improve in the second and third sector, and I hope I do."

And your fellow countryman, Melandri, gave you some advice on the last sector? He rode it really well.

“Marco has always given me advice in general, even on the last sector, on Phillip Island, and also on other tracks. I actually always did well in the last sector, while I struggled in the third, and the problems I have in the Superbike are more or less the same as I had last year in the SSP600, but magnified."

Does the fact that the Yamahas are all ahead help you?

"Yes, then there's also Nicolò who watches us on the track and is giving me a hand. Then seeing many R1 in the first positions makes me understand that the bike is there, and that it's up to me to bring out the best in it."

You'll be on track Friday for the free practice sessions of the first round of the year. How are you dealing with the wait?

“It's work in progress. We started from the tests, and now there's the FP1 and FP2. I'll try to work a lot there to be ready for Saturday. Generally, I'm not tense, and also last year in the final with Krummenacher tempered me. I must say that the pressure was the least of the problems. Now it's about continuing to learn."

Today you were able to get in front of a great rider like Bautista. Will you hang the table in your room?

“Arriving ahead of Alvaro when he is 18th is not a great satisfaction. I'd prefer to be in front of him when he's fighting for the podium. He's having problems right now."