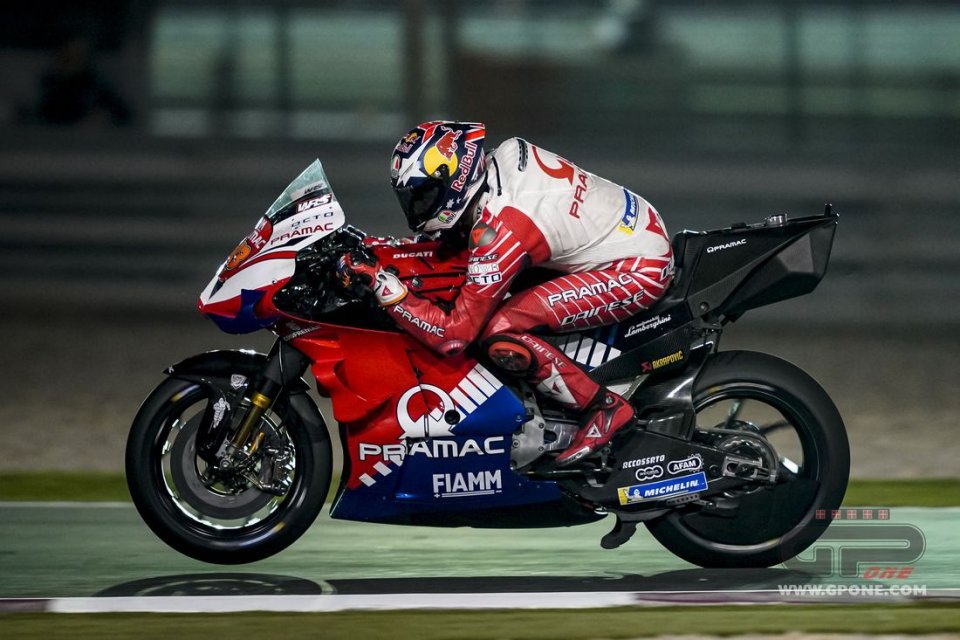 It can’t be said that Ducati do not keep their word. In Bologna, during the presentation of the team, Gigi Dall’Igna had promised that the Desmosedici would recover its advantage in top speed and he wasn’t lying. Since its first appearance in MotoGP, the Borgo Panigale 4-cylinder has always been the benchmark of the category for performance, but last year its rivals came closer. Above all Honda, which had virtually evened the score with the red bikes.

This didn’t go down well with the Italian engineers, who responded in their own way. "They have managed to improve more even though there was already a lot of horsepower, in 5th and 6th gear you can really feel the difference" said Dovizioso at the end of the tests in Qatar. His was not just an impression, but a reality demonstrated by the numbers.

The table below does not aim to have scientific value, but it does show some very interesting data. We simply drew up a classification, considering for each rider his top speed on the third day of testing in Losail, then we compared it with the identical data of one year ago (logically there is no comparison for the rookies and for Zarco, who changed bike). 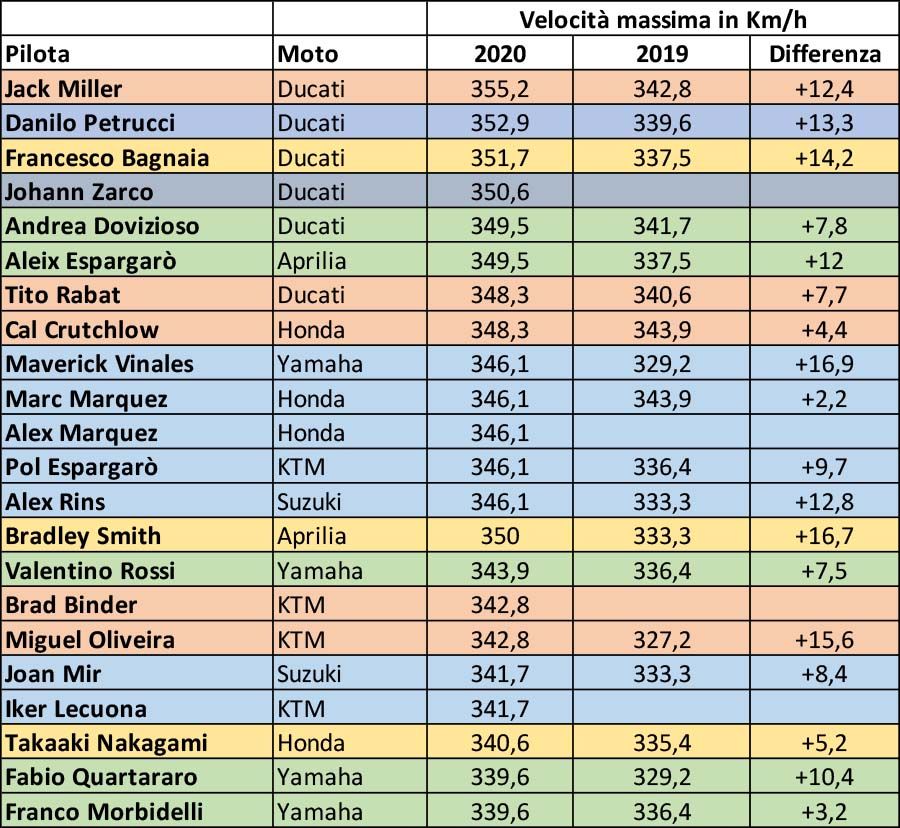 Italians do it better

If the numbers don't lie, Ducati wins across the board, destroying its opponents one could even say. There are in fact six Desmosedici (two of which are GP19) in front of everyone in this special ranking. Jack Miller stands out above all, the Australian as so often happens one of the fastest riders, breaking through the 355 km/h barrier. A fraction behind is Petrucci, then Bagnaia, Zarco and Dovizioso. Not only is the top speed amazing but so is the gain over one year ago, more than 12 km/h for the first three riders.

It is also interesting to note the top speed of Johann who is riding last year’s bike and who is faster than the factory riders in 2019 who rode the same version of the Desmosedici. An improvement of this kind is due to the fact that the Frenchman’s GP19 is a bike that evolved throughout last year, but the new tyres probably also have an effect as well. Michelin have created higher-performing tyres, and this means having greater acceleration and, consequently, top speed.

However, Ducati were not the only surprise; Aprilia also made a good step forward and Aleix Espargarò was the only rider to get in amongst the men in red. It was not a foregone conclusion, because in Noale they have revolutionized their V4 by changing the angle between the cylinders to 90°. Furthermore, the Spaniard himself admitted that the Aprilia engineers were conservative in this test, keeping a few engine revs in their pockets to avoid reliability problems.

Aleix has speculated that he will be able to recover around 5 km/h when he has all the power available, thus bringing him into line with Ducati. The improvements of the RS-GP are also testified by performance of Bradley Smith, who was 16.7 km/h faster than a year ago.

Yamaha and Suzuki improve but not enough, no sparks from Honda

Last year's surprise in terms of top speed was Honda. In 2019, in the tests in Qatar, the fastest rider was in fact Cal Crutchlow who instead in these tests was off the pace of the men in red. Not much, but 7 km/h from Miller is still a big gap. The other Honda riders also did not go very well, with the two Marquez brothers in line with the performance of Yamaha and Suzuki, not exactly the fastest bikes on the straight.

The problem with the RC213V is that it has improved less than all the others in this aspect. Cal was just 4.4 km/h faster than a year ago, Marc 2.2 while their opponents often made double-digit improvements.

Such as Vinales, who is the rider who has made the most progress since last year with an increase of 16.9 km/h in straight-line speed. Certainly the 346.1 km/h came from a particularly good lap, but the Spaniard did many in 345, a sign that Yamaha has taken a step forward, even if it is still not enough.

Maverick, in fact, sticks out like a sore thumb on the M1. Valentino Rossi is more than 10 km/h down on the best Ducati, Quartararo and Morbidelli are over 15 and share the last position in this ranking. The Doctor improved less than his teammate, but the maximum speed recorded in 2019 is not a completely true figure, because it was a unique case compared to a performance of about 5 km/h lower.

There is no doubt that at Iwata they have worked on the engine, but it seems that the 4-cylinder inline unit can do little against the V4 on the straight and the proof comes from Suzuki, who have taken a very similar path to obtain roughly the same results. Those riders on the M1 or GSX-RR might also have to suffer on occasions this year.

Like Honda, the KTMs that managed to keep up with the best last year, were disappointing. The balance is positive for the Austrian bikes in general, but very little can be done against the Italian motorcycles. 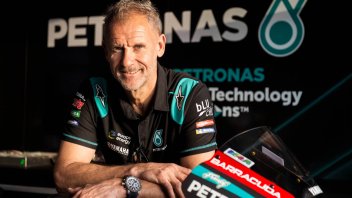