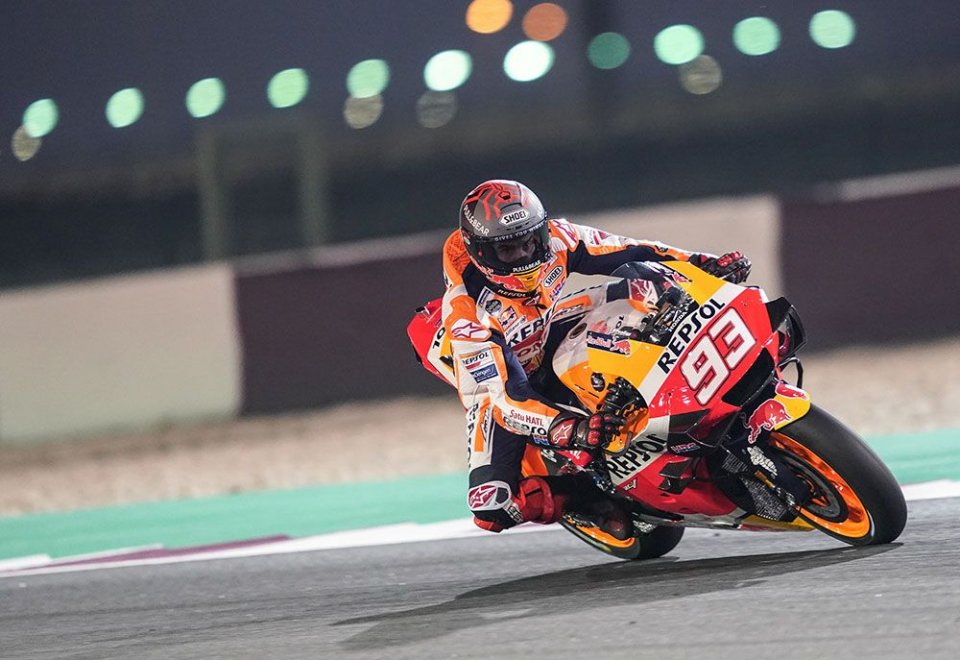 There's no doubt that Honda did well in keeping Marc Marquez by signing a contract with him until 2024. Although the Spanishrider is far from being in the best physical shape, he kept his position in Qatar, closing the first day in 6th place. The rest of the team from Tokyo held up the rear: Nakagami 15th, Crutchlow 19th, and Alex Marquez 21st.

"It'll be a long marriage, with its ups and downs, but I'm really happy," Marc commented. "I spoke with Honda, and I think this was the best solution, so that I could concentrate on my goal, which is to fight for the title every year."

There is no other objective for the cannibal from Cervera, even if he's starting this year with several physical problems.

"I started out well here in Qatar, but I can't be completely satisfied,"  he explained. "The truth is that I struggle more on this track than on Sepang, mainly because of the long right-hand corners that require a different riding style and put a lot of stress on your shoulder. However, I was able to ride. I tried not to get too tired, my rides were short, and I tried to find a good foundation. We have to work because, like every year, this circuit enhances our weaknesses. At the moment, I'm far from the best, but it's only the first day."

“I have a nerve injury and two weeks are not enough to change things," Marquez continued. "I tried to train, and strengthen the rest of my body, but the situation of my injured muscle is the same. I'll certainly not start the championship at my best. I'll have to manage the situation and try not to lose too many points."

Losail is not the best place for Honda, although Marc has always managed to patch things up in the past.

“The problem we have is similar to last year's. The bike pushes when cornering and stresses the front tire. But it wasn't graining like what had happened in the past," a consolation. "An easier bike would also be better for my body. We know that Honda is very demanding in this respect. Anyway, last year we started in a similar way and then, step by step, we sorted things out. We have to work."

Surely, the RC213V has not become more docile, even the Japanese engineers tried to tame it during the winter.

“The character of the bike is the same. We tried to change it, but we couldn't get what we wanted." admitted Marquez. "What they say about this bike being made for me isn't true. In the past 3 or 4 years, Cal and I have made the same comments. Even Lorenzo's were similar to ours. We all struggle in the same places. When I'm 100% fit, I can overcome those problems but, if I'm not, then it's not possible. All Honda riders work in the same direction because we all have the same problems."

His brother Alex is also experimenting on how the Tokyo MotoGP can be difficult to interpret. The second to last time of the day speaks volumes about his difficulties, although we have to remember that he was weakened by the flu.

“At the beginning of the day I felt good, I was fast," he said. "Then I started to change setup to understand which way to go, but it was not the best day for me. I fell, I made a mistake, but now I'm thinking of tomorrow. I'm a novice, I have to learn and find the limit. I put some falls into account. The important thing is to understand where I went wrong and move forward." 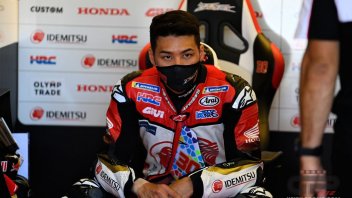