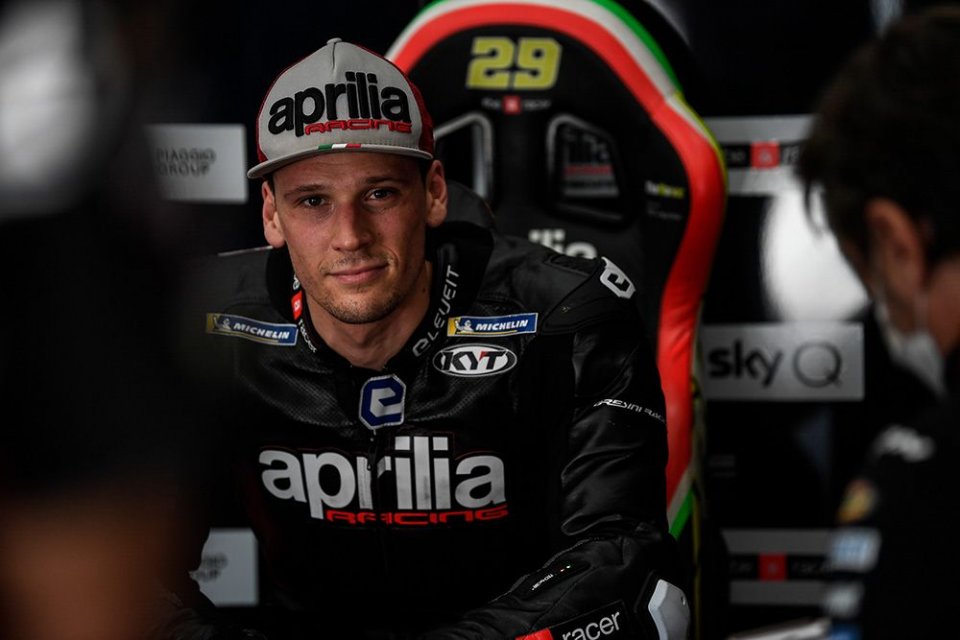 Lorenzo Savadori will be an Aprilia Racing rider for the 2020 season that is just about to start. The man from Cesena, FIM Superstock 1000 Cup winner in 2015 on an Aprilia RSV4, has signed a contract again tying him to the Noale manufacturer.

Lorenzo will also be part of the MotoGP team in the role of test rider for the development of the new RS-GP 2020 and will race in the CIV on an Aprilia RSV4 1100 Factory.

The Italian has already ridden the new V4 prototype during the Sepang MotoGP tests, and the success of that test plus the development work awaiting the new bike, were the reasons behind the decision of Aprilia Racing and Lorenzo himself for the start of this collaboration.

In the Italian Championship Savadori will race the whole season with the support of the Nuova M2 team with whom, always on the RSV4, he already competed and won races last season.

"I'm really happy to race again for Aprilia Racing, the role of MotoGP tester allows me to get closer to the category that is the maximum expression of world motorcycle racing, I'm honoured and happy to be part of this project - said Savadori - I want to thank Aprilia Racing and everyone who made this opportunity possible. Now I can't wait to get started! The season in the Italian Championship will also be of a high level and together with Nuova M2 Racing we will work hard and enthusiastically to take the new RSV4 Factory 1100 to the top”.