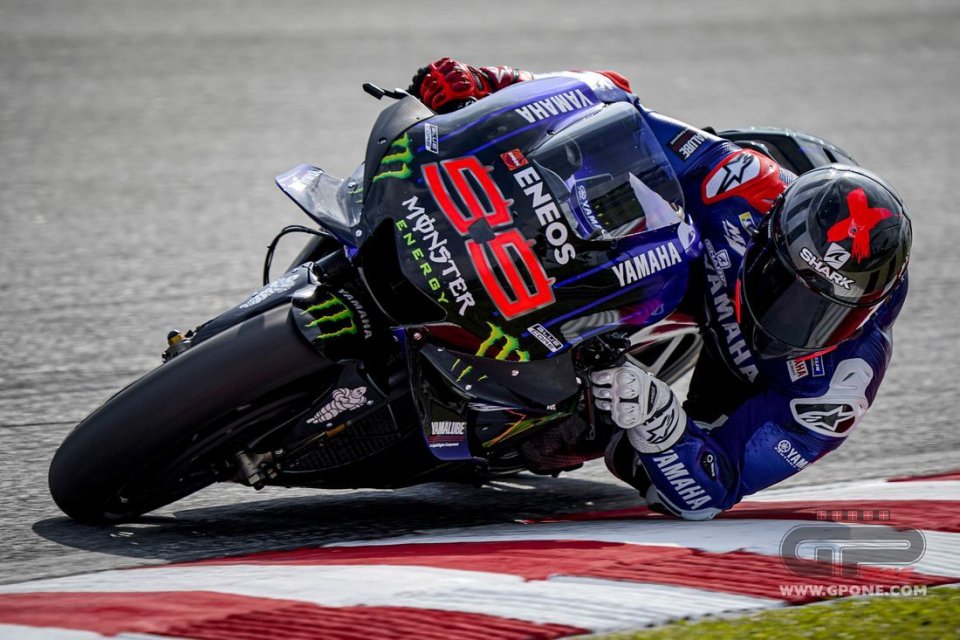 Jorge Lorenzo is now a relaxed man after announcing his retirement from racing. Just by speaking to him at Sepang you could see he was now a new man in his role as Yamaha test rider. Without the stress of being a rider, the Majorcan is building his future day by day.

He spoke about it in Barcelona, ​​where he inaugurated a Huawei store.

"In this new life I have to find everything out - he said - It is a relief from the point of view of stress, I do things that were not allowed before. I also have the good fortune to ride a motorcycle that I love, without going one hundred percent, keeping a little on the side to avoid accidents. I have all the advantages of being a rider, avoiding a bit of the negative part."

Racing remains an important part of his life, although not always as a protagonist.

"I am in talks to comment on four Grands Prix," he revealed.

Paddock gossip however wants him back racing on the bike. As a wild card, perhaps already in the GP at Barcelona.

"It's a possibility, but we haven't talked about it yet - explained Jorge - I would have to be really competitive, if I didn't have a chance to finish in the top 5 there wouldn’t be any point in doing it. The Yamaha makes things easier because it not a very physical bike and is rider friendly. I will get to know it as time go by. "