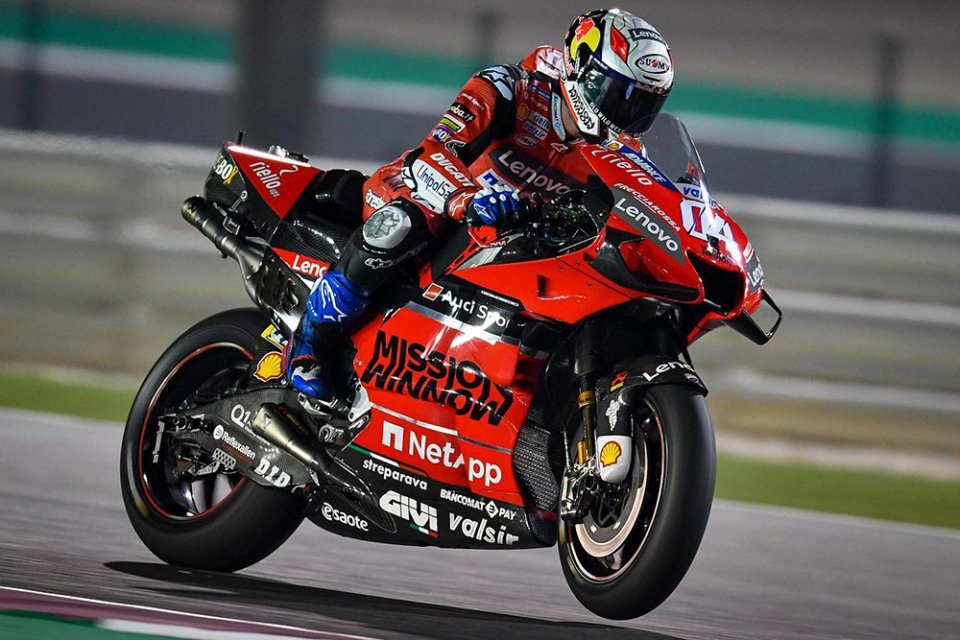 Andrea Dovizioso doesn't lie when he says that the system used for lowering the height of the Desmosedici in acceleration is nothing new. Miller had already experimented last season, but they started talking about it during these winter tests. Let's be clear about this. Ducati riders have their mouths sewn shut. "I don't remember what I felt," Petrucci smiled. "Asking is useless. I'm not telling you anything," Dovi laughed.

Over the years, Dall'Igna and his men have become accustomed to devilries, from the "salad box" to the mysterious tail, and so on. If Mercedes transformed the steering wheel into a joystick Formula 1, at Borgo Panigale they invented the "variable setup" motorcycle.

“The MotoGP has the Ducati and, as good Italians, we manage to be ahead in certain aspects," Andrea said with a smile. "That system could be one of our strengths, and we have to try to use it. I'm not saying anything else, except that it's nothing new, but an evolution.”

And we weren't able to get anything else out s of him on this topic. All that remains is to talk about the day, that he closed with an 11th time and a fall.

“The sensations today were good, better than in Malaysia, and I'm happy with this ," the rider from Forlì emphasized. "I was quick, and we tried several things that were going well. Even when I fell, I was testing an interesting piece. Unfortunately, I made a small mistake when changing direction.”

That interesting piece is a new swingarm. To understand if it's been promoted, however, we'll still have to wait.

"Unfortunately, I fell and my ideas aren't clear," he confessed. "Let's see if tomorrow we'll be able to try it even better, because we weren't  able to complete our program today."

In addition to the news from the racing department, Dovizioso focused on the new Michelins that had limited him in Sepang.

"If we started faster, it's all merit of the track. Like I thought, these tires are different so, during the year, we'll meet different situations based on the circuit," he explained. "It's not just about a track that's more or less favorable for the bike, but we'll have to continuously adapt during the season, and it's not an aspect to be underestimated. So making predictions is even more difficult."

"I'm happy with my pace. I did my fastest lap with a medium tire that had 17 laps on it," he revealed. "I didn't do badly but, like in Sepang, with these tires, we're all close, and it's not so easy to understand who is really going to be good in the race. Then it seemed that the medium and hard were the tires to choose. It instead became interesting to consider the soft. Tomorrow I'll try to understand how it behaves.”

Danilo Petrucci: "The new Michelins have changed the cards on the table" 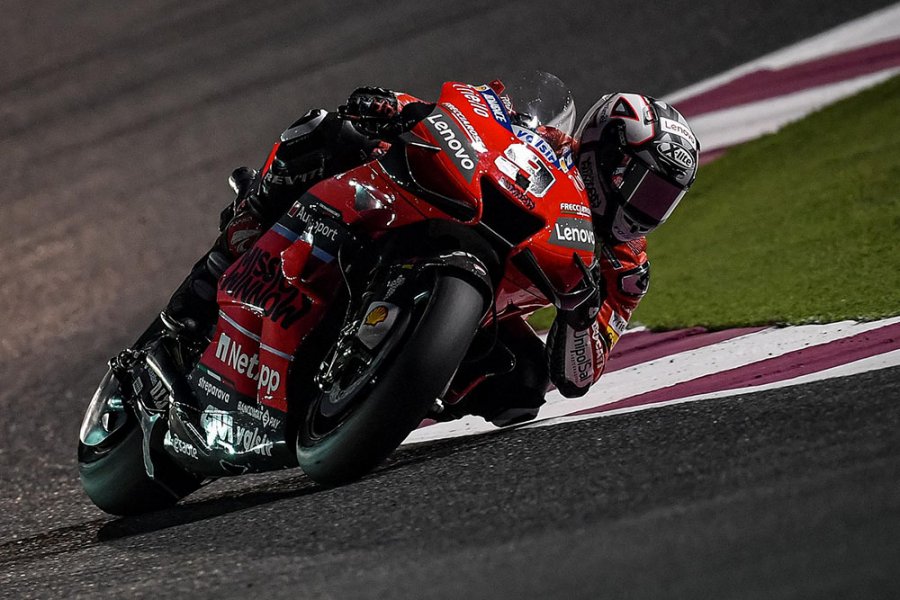 Although Petrucci was the best placed Ducati rider in the standings, with the 4th fastest time, we can't say that he's completely satisfied. The road for him is indeed long.

"I'm happy to have been fast on the flying  lap, but it's only the first day,"  Danilo commented. "I was the first to leave the pit-box and the last to come back today, but I was also the one who did the least laps, and I'm not happy because I need more time."

Time is short, and the competition is not waiting around.

“I saw Yamaha and Suzuki very fast, and that's a problem. It's not a matter of doing a fast lap but of the pace ," the rider from Terni continued. "Vinales was incredible. Compared to last year, we're a bit more in trouble because of this new rear tire. The new frame has changed the cards on the table, and we have to adapt. With last year's tire, we didn't need too many changes, but now we do. Sometimes the blanket is too short. Today, however, it went better than in Sepang.”

But that's not enough. It remains to be seen whether these new tires will better support his weight.

"At this point of the season in 2019 I was very fast, then I had problems in the races where it was very hot and there was little grip," he recalled. "Therefore, the second race in Thailand will be a good test to understand if these tires can help me or not. I lost a few pounds, but I can't do much more, and I'm definitely not favored. To lose weight again I'd have to lose some muscle, but I don't know if that would be a good idea."