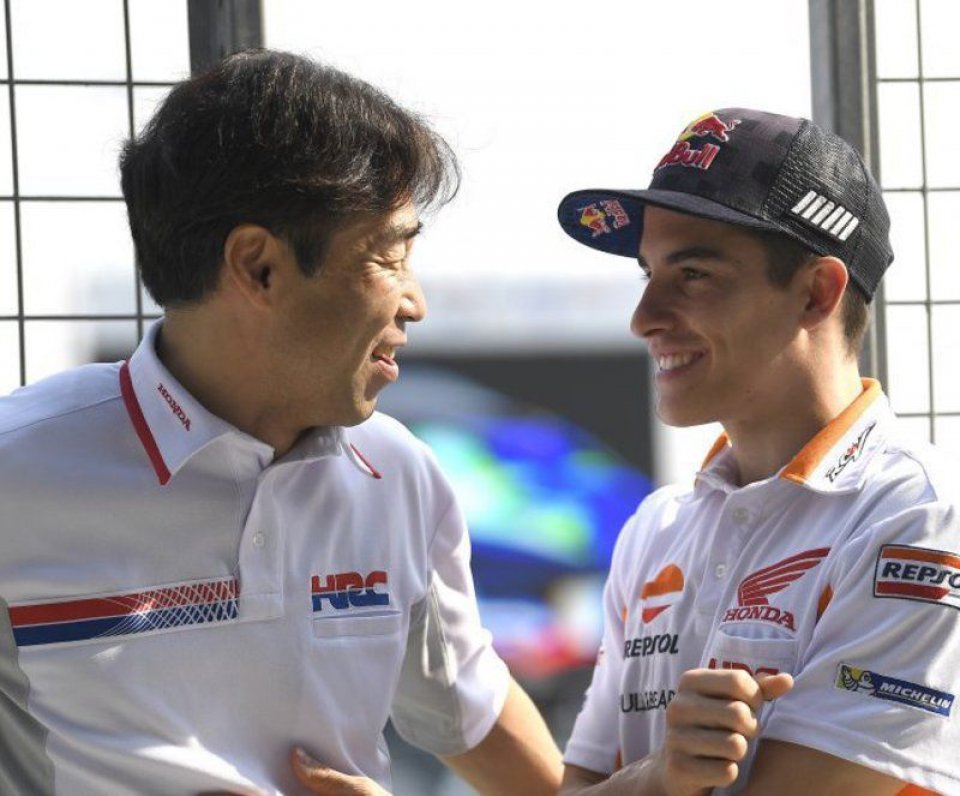 Honda gale force four… would appear to be the case, after the Japanese company concluded the agreement for the renewal of Marc Marquez for a four-year period during the week. A real coup for HRC, as underlined by director Tetsuhiro Kuwata.

On the occasion of the presentation of the Superbike team, the head of the racing department brought up the subject of the negotiations: “When you have to renew a contract, especially with a rider of the calibre of Marc, it is never easy - he commented - but between us there is a great relationship that has lasted for years and we have cultivated over time. At a time when Marc and Honda believe in each other, there was no doubt about continuing this adventure together. Marquez is a special rider for us, and we are excited about this renewal."

With Marquez under contract until 2024, the question arises as to whether Honda will become a slave to #93, as pointed out by a number of observers, including Carlo Pernat: “That was never and will never be our philosophy - Kuwata reiterated - I say this because the Honda is not only a bike for Marc. Obviously, we are aware that he is a fast rider and his opinions are important regarding the development of the bike. But the fact is we have other riders and we want to improve the bike for each of them. As said, his feedback is important, but very often it is the same as that of other Honda riders such as Cal or Nakagami".

The last comment concerned Jorge Lorenzo, who after having said goodbye to HRC, decided to start again from Yamaha as a test rider: "I'm not surprised for Jorge, every rider is free to decide what to do with his life - concluded a smiling Kuwata - we are certainly not here to force a person to do certain things."