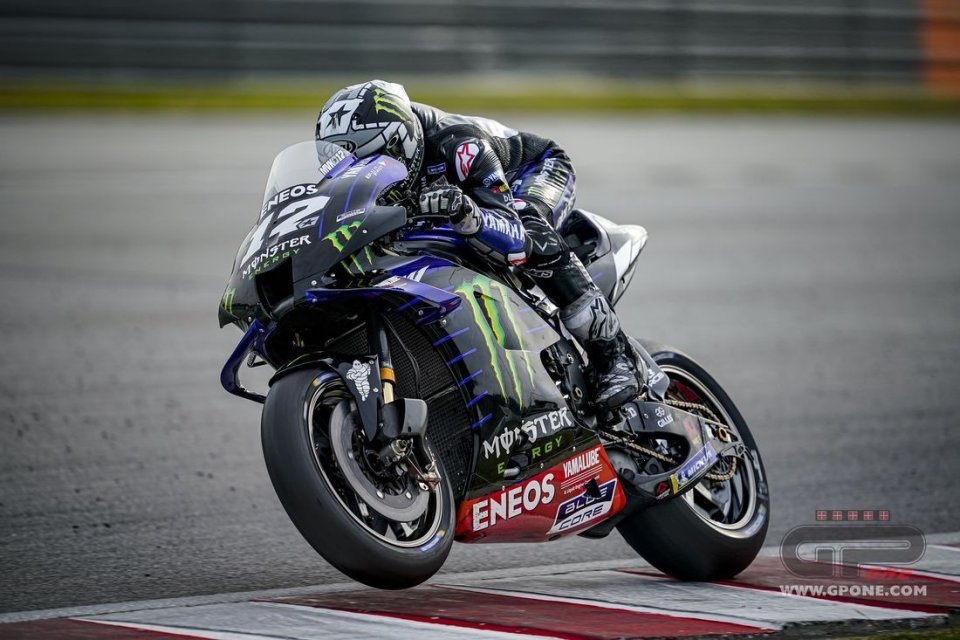 Where were we? In the heat of Malaysia, with Fabio Quartararo on top, and we will resume proceedings again today in Qatar, for the final three days of testing before the start of the season. Winter is getting increasingly shorter for MotoGP and the riders and teams have to make the most of the time available.

The testing days are always a world apart, where the classification does not always tell the whole truth. As happened in Sepang where, despite the best time of the Frenchman, most of the grid reckoned that the fastest riders were Rins (3rd) and above all Vinales, who was classified mid-field. Outright performance in testing counts for little, even more so when there are 19 riders spread over eight-tenths of a second as happened in Malaysia, because it is the pace that is important.

Vinales and Rins, watch out for those two

So, let's start with Maverick. The Spaniard did not produce many sparks at Sepang, but in his tests there was a lot of substance and the fact that he consistently lapped under the two-minute mark proves it. His real show of strength was an (almost) race simulation of 17 laps with 13 of them in 1’59". Aside from one unusually high lap (close to 2’01"), Vinales hammered away with minimal differences between one lap and the next. That's why he was reckoned to be the best by his colleagues. Just take look at his lap-by-lap times…

His Suzuki compatriot was similar, even though he didn’t go out on any long runs. Rins made two long runs of 7 laps each and never went above 2 minutes, but there is an even more interesting figure. In the 42 laps completed on the third day of testing, excluding his out and in laps, Alex didn’t lap under 2 minutes only twice, while three times he was inside the 1’58 mark.

Quartararo, from this point of view, was unable to keep up with the two Spaniards. In his 12-lap long run, Fabio completed 6 in 1’59"and just as many in 2’00", a few tenths down on the pace of the top guys. Valentino Rossi was not at the level of his teammate, but any evaluation of the Doctor’s performance is complicated by the fact that he only went out on short runs of just 3 laps each. Neither did Morbidelli do any long runs, but his times are in line with those of teammate Quartararo. 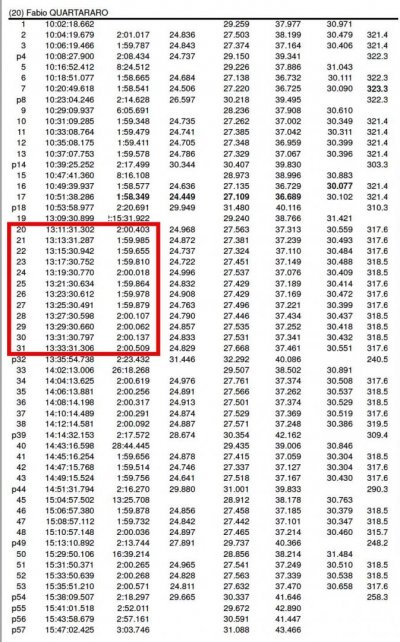 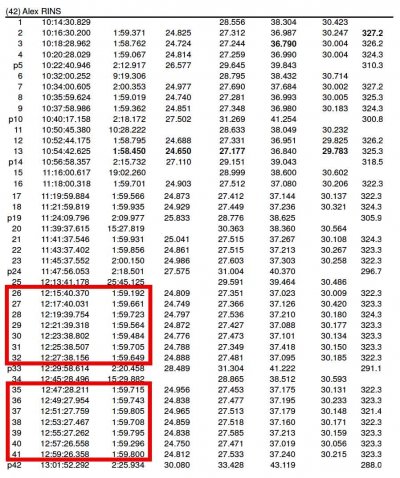 Marquez and Ducati 'sent back' to Qatar

So far it is clear that the 4-cylinder in-line Yamaha and Suzuki have made all the difference, thanks also to the new Michelin tyres that seem to adapt particularly well to their characteristics. What about the V4s? For Honda the balance is complicated by Marc's physical condition, as he is still recovering from his shoulder operation at the end of the year, so much so that in Sepang he crashed due to fatigue at the end of the day.

Marquez, however, never gives up and, irrespective of his physical shape, it cannot be said that he went slow. It was difficult, however, to evaluate him over distance, especially when he himself said he still could not manage to complete a race. You can take a look at Crutchlow's pace, but he made very short exits and was quite inconsistent, alternating fast exits with others where he was slower. It is difficult to obtain further indications from Alex Marquez who is a rookie.

As for Ducati, the only rider to have made an almost complete simulation (18 laps) was Pecco Bagnaia. The Pramac man wanted to test out his physical condition, having skipped the end of year tests due to his accident in Valencia, and he went on the track in the hottest hours of the day. The times were not exceptional with a pace around the low 2'01" mark.

Certainly, Dovizioso did better in a 10-lap long run in tandem with Petrucci, in order to understand how the tyres behaved when following another rider. Andrea dropped six times below 2'00", a good pace but not at the best level. Danilo Petrucci was also virtually in line with his teammate, while Miller didn’t make any long exits and in any case his pace was still higher than that of the factory riders. 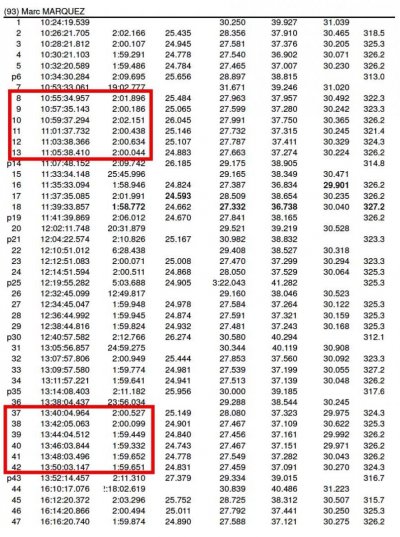 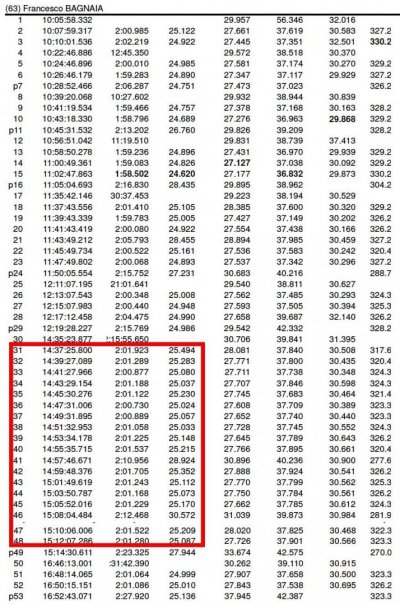 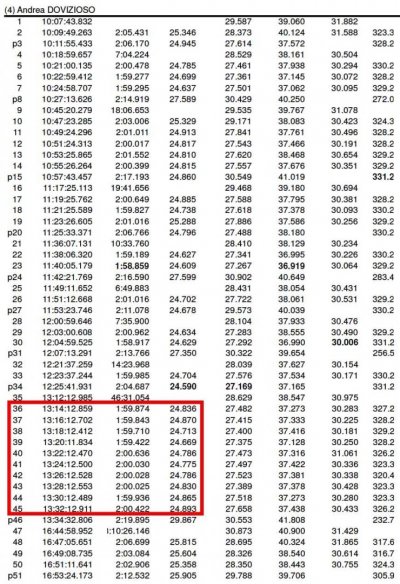 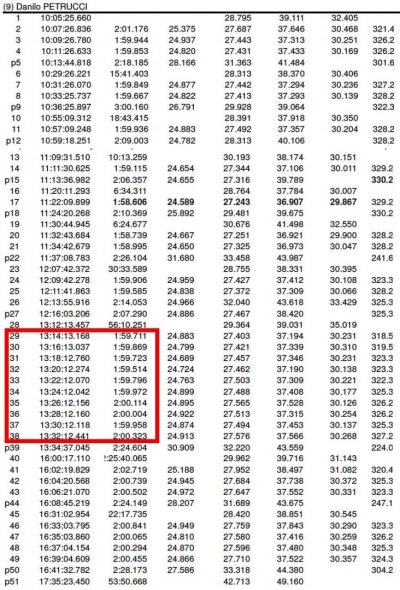 The surprise was Aprilia with Aleix Espargarò

The men from Noale worked well with the new RS-GP and this was confirmed by the pace set by Aleix Espargarò. The Spaniard, galvanized by the 2020 bike, said on the last day of testing that he had "podium pace". These weren't just idle words, because the timesheets proved him right.

Aleix completed 13 laps, with 11 under the 2'00" mark, and with minimum differences between one lap and the next, give or take one tenth. This demonstrates that the new Aprilia is not only fast but also consistent. Of course, one swallow does not make a summer, but as it was the first long run of a bike that had made its debut on the track just a few days before, the results are more than encouraging.

Finally, the KTMs, which also seemed to make a decisive step forward. Pol Espargarò did a few laps on the last day of testing, but almost always went easily under the two-minute mark. 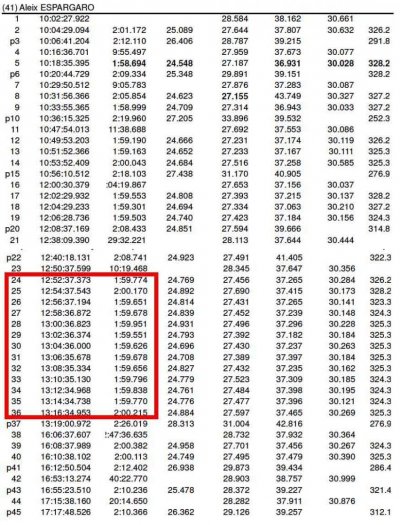 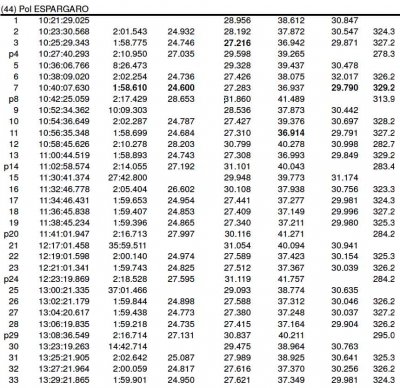 What will Qatar bring us? We will find out soon and you can follow the three days of testing live on GPOne.