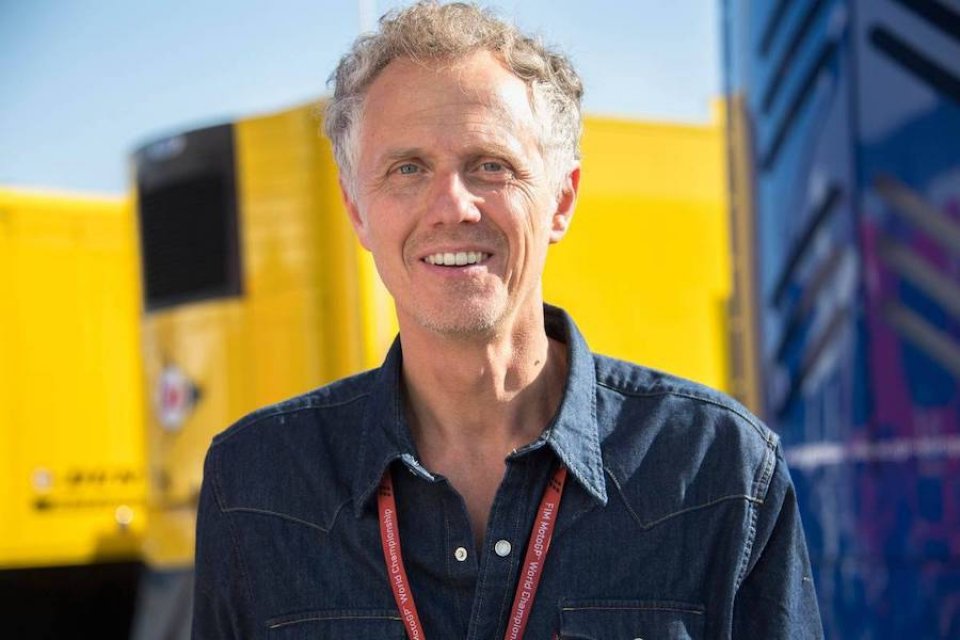 When the market opens, since the MotoGP has been a veritable whirlwind of news regarding the two-year, 2021-2022, period this week, there are those who - reasonably aware of their own means - are taking on the motorcycle market in a relatively calm manner. This is the case with Simone Battistella, Andrea Dovizioso's manager, with whom we met yesterday evening in Milan during the preview of Dovi's docu-film produced with Red Bull.

Before talking about the film, which will be available on Red Bull channels starting Friday, tell us about your position in the market for the next two years. Where do you stand?

During the conference, Dovi said that, if he doesn't find a winning project to back him, it might not be a big deal to stop or change. With Quartararo and Vinales that have already signed , Ducati has lost two great possibilities, and you and Petrucci seem to have benefited from it. Do you feel like you have an upper hand?

"No, there is no position of strength or weakness. Situations change daily. When you enter the negotiation phase, everything changes from one day to the next and from one race to another based on the results."

As a fan but, above all, as someone who really knows how the logic behind the company and behind the world of sports works, how do you rate Yamaha's moves?

“They anticipated everyone, as they should have. Things started to work out last season and gave us continuity, which is an essential and very important thing. They have two fast riders who could win. They did well to hold onto Fabio and Maverick."

Even Lorenzo's move may have left a wildcard in the hands of the team from Iwata. What do you think about that?

“It was a very difficult move to understand. The season was over with his retirement, then he backtracked. Clearly, as a tester, he doesn't have the pressure of a rider who races in the World Championship but, with his talent, he can offer a lot in terms of development."

Let's go back to Dovizioso's docu-film: "Undaunted", directed by Paolo Novelli and produced by Red Bull. How did the idea of attaching a camera on such a discreet rider like Andrea come about?

“It was Paolo Novelli's idea. He came to talk to me. I liked the idea but, since it was an invasion of the rider's privacy, I was very doubtful because Andrea is very discreet. He was really enthusiastic about the idea because it allowed him to show his life, what his difficulties are, going a little further than what you see on TV. Paolo Novelli was very good at getting into his life, and the Ducati team respected his spaces. He was a friendly presence, respectful of the spaces and times that a MotoGP weekend imposes. There were many intense moments last year. Paolo was recording and nobody stopped from saying what was real."