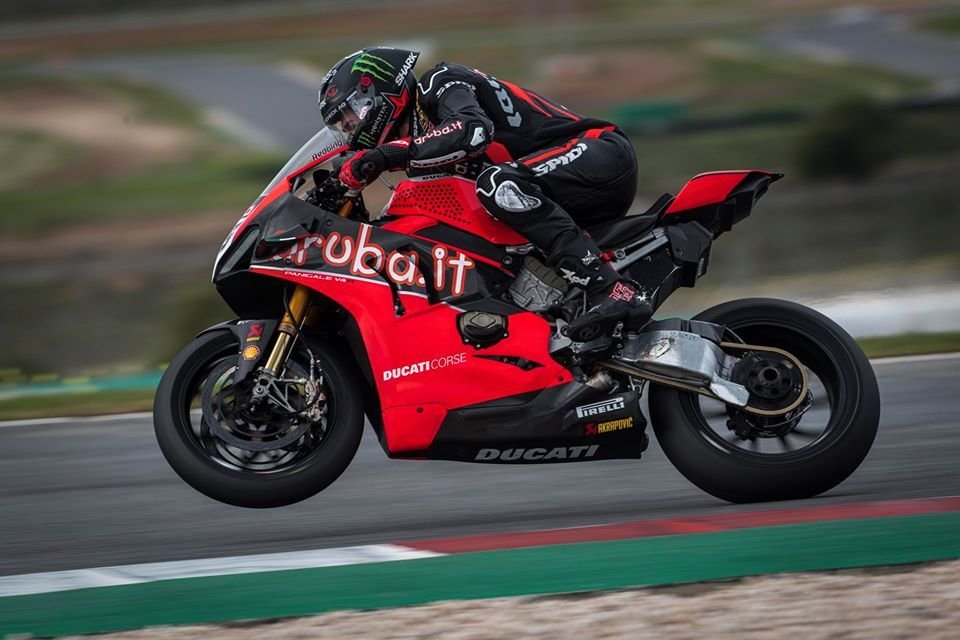 Just a few more days and the final two days of pre-season testing will be upon us, with the championship underway immediately after. One more presentation, the highly anticipated Honda one for the CBR 1000 RR-R in Tokyo where GPOne.com will as always be present; and then, maybe more than ever before, this year the Phillip Island tests will (and will have to) answer more than one question, given that previous tests only showed some of the potential of the bikes and riders, and there has rarely been a collective confrontation due to several factors.

Despite the fact that there hasn't been a really good group test, due to the weather and the different team programs, the Jerez and Portimao tests did give us some interesting indications. At Jerez, the weather didn’t help, but Jonathan Rea showed (if there was ever any need) how strong he’s going to be.

The world champion only lapped in one window on the second day, when the track was half-dry, and blitzed everyone, a sign that the bike-rider package is ready to rock and that only fine-tuning work remains to be done. Phillip Island will perhaps not be an ideal track for Rea, but he is sure to be up at the top end of the timesheets from the very first moment.

At Portimao, the Akashi manufacturer was not present, and it was an ex-Kawasaki rider - Toprak Razgatlioglu, Yamaha's big signing for 2020 – who led the way. The Turk had tested the new R1 at Jerez for the first time, and in the subsequent Portuguese tests he topped the timesheets, showing that he was quick even on race pace: the climatic conditions that will accompany the Portuguese Round will be very different, but being fast on the up-and down track is already a great start. The next test will be at Phillip Island, where Yamaha has performed well in alternate phases in recent years, and it will be up to the Turkish rider to spearhead the Yamaha attack.

The third protagonist in the previous tests was undoubtedly Scott Redding, Ducati’s new signing. The British rider took advantage of the wet track at Jerez to get to know the behaviour of his Panigale V4 in such conditions, while in Portimao he was fastest on day 1, only being overtaken by Toprak the following day. There is no doubt that Scott has yet to discover all the different aspects of his new bike, but first feelings are positive, and already more than one insider has bet on the BSB champion for the win at Phillip Island: a track where Scott has always been quick, and where the Panigale V4 has already proved it can win.

In all this we mustn’t forget the outsider, someone who can shuffle the cards at any moment. We are talking about Alvaro Bautista, and obviously Honda. After a long winter of secret tests and fragmentary information, the new bike from Honda saw the light at Jerez, but the variable track conditions said little or nothing about the true potential of the bike, with the exception of its truly “MotoGP” sound".

In the subsequent Portimao tests things didn’t improve much for the Spaniard who, thanks also to the team working mainly on technical aspects and not on the search for fast lap times, finished the tests slightly behind, confirming however that he had forwarded his specific requests to Honda for the start of the championship. Could this be a belligerent warning for his opponents? It’s hard to tell, but history teaches us that Alvaro is very good at keeping in the shadows during tests and then emerging when it matters most, and the first round of last year is the proof.

WHO WILL BE THE BEST SECOND RIDER? AND THE SURPRISE?

The aforementioned riders will not be alone in the garage, and the so-called "number 2s" can quickly turn into team leaders. At Phillip Island, for example, Leon Haslam could be one man to watch, given his propensity to be very quick on the island, even with different bikes. For their part, Chaz Davies, Michael Van Der Mark and Alex Lowes all have the means to win, and they are certainly not lacking in motivation.

At Phillip Island it will also be important to see the potential of BMW, which after a learning season aims to return to the glorious levels of the past: Tom Sykes is the element of continuity inside the box, and Eugene Laverty could be a difficult customer for many if he finds himself in the right conditions.

Other men to watch may also be Xavi Fores, who has returned to the world championship thanks to the Puccetti team, and Loris Baz, who was impressive in the Portimao tests riding the Yamaha bike from the Dutch Ten Kate outfit, who have decided to focus everything on the Frenchman.

As for Italian colours, all eyes will be on Michael Rinaldi and Federico Caricasulo: the former wants to re-emerge after a difficult period and can count on the Go Eleven team's Panigale, while the other man must first of all gain experience riding the GRT Yamaha, to get ready for his debut among the big names.

Redding: “Tires without grip and totally worn. Another lap, and I would’ve...

Redding: “The Pirelli SCX soft shouldn’t be allowed in the race”