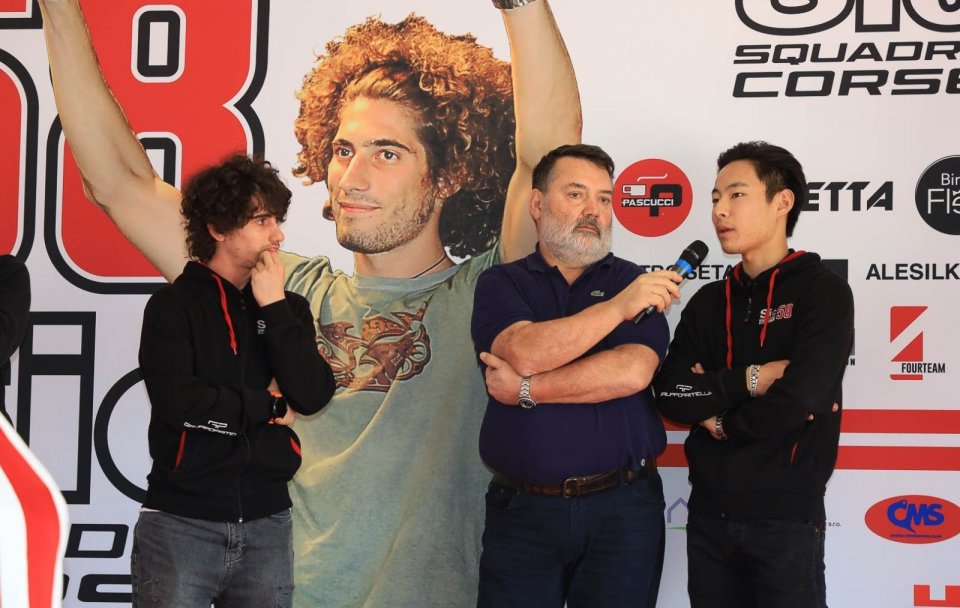 If there's someone who can accurately tell us what it means to be part of the SIC58 team, that's Tatsuki Suzuki. In fact, the Japanese rider has been in Paolo Simoncelli's team since its first year in the world championship and, year after year, both have grown, with increasingly interesting results. “This team is a family," he said, "where everyone feels like part of a project. We see each other a lot off the track, and that's important. The championship is long and, if you do not get along on a human level, it becomes difficult. Instead, there's a great mood on our team, which I believe is essential."

Was this what prompted you to refuse the other offers and stay with Paolo?

"This and the fact that this team is, in my opinion, one of the best teams in its category, which undoubtedly allows you to stay ahead in every race."

“The end of the season went well but not very well. I got many fourth places when, in fact, I could've gotten on the podium. I have to be more aggressive in the final laps but, at the same time, remain calm to avoid throwing away points. I worked more than usual during the winter to be ready to start the season in the best way possible."

The final step seems to be the title.

“I got many first times last year: a first podium, a first pole, and a first victory, which allowed me to mature a lot. Now I need the first title," he said laughing. "I won't say it because I prefer not to, but I'll try to achieve this result."

Regardless of the outcome of the season, do you think it's time to switch over to the Moto2?

“This is the sixth year for me in the Moto3, so I think my time in the category is over. I'll try to get the most I can this year and then try the jump. If Paolo were to ask me to stay with him in the Moto2, I'd like that, but that's not possible right now. In any case, I'd like to maintain a good relationship with Paolo."