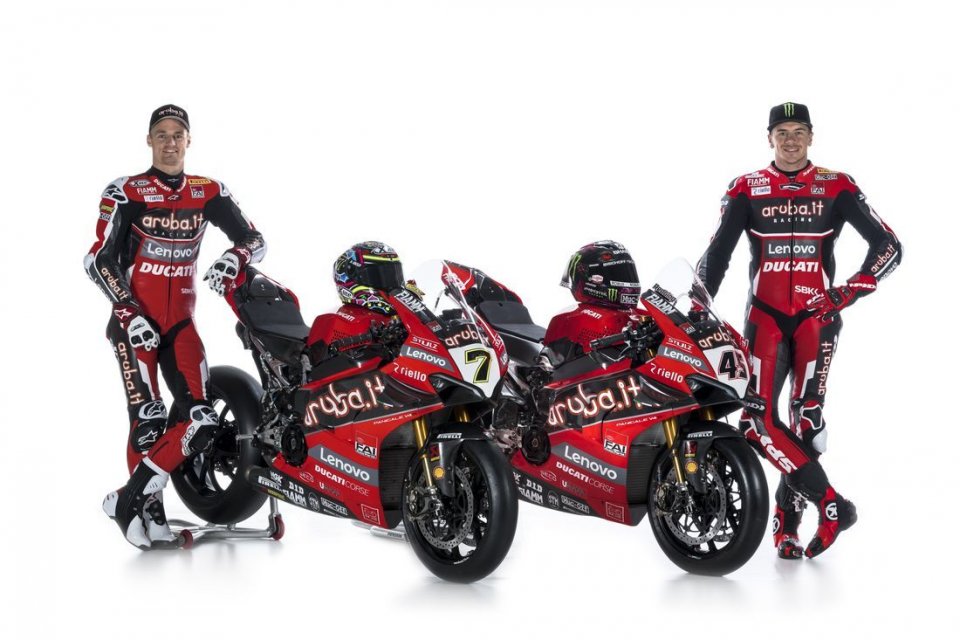 Ducati red and Aruba black: here are the Panigale V4Rs with which Scott Redding and Chaz Davies will launch their attack on the SBK World Championship.

The Italian team was presented today, and the bikes unveiled at the Imola circuit.

It will be the second year in SBK for the 4-cylinder machine from the Borgo Panigale factory, which last year gave Rea a hard time in the first part of the season.

The Aruba team has confirmed Chaz Davies and hired Scott Redding, who triumphed with the Panigale last year in BSB, the British SBK championship.

There is virtually no change to the graphic design, while the bike has undergone some updates after last year.