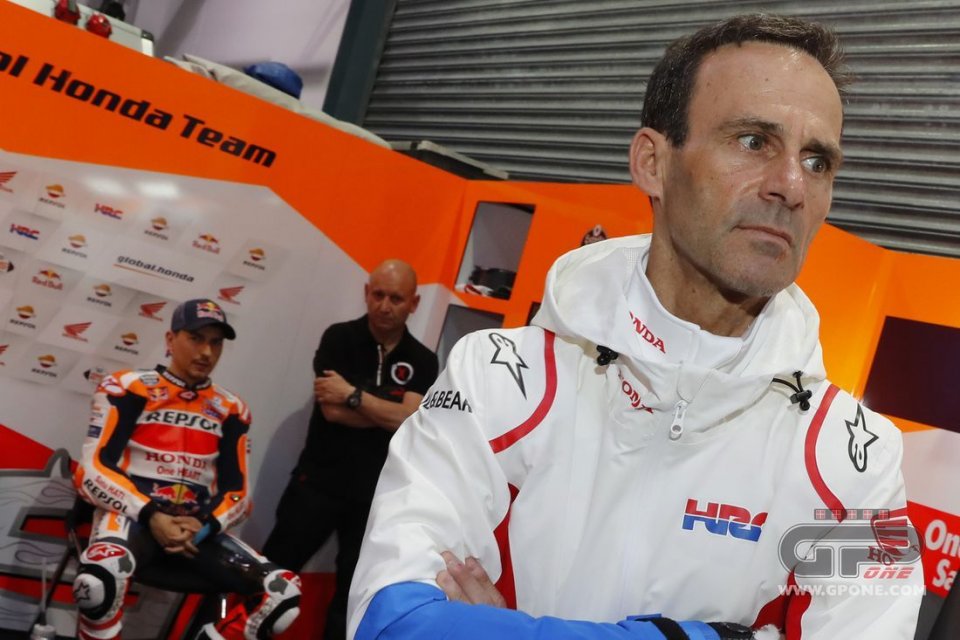 Honda's three days of testing in Malaysia have not been perfect: Marc Marquez arrived in Sepang, as he had said before, far from being in optimal shape. As if that were not enough, it seemed that both sides were still far from what seemed to be an inevitable continuation of the contract until yesterday. The icing on the cake was when Alberto Puig was surprised to find Jorge Lorenzo, fresh from his divorce from HRC, on the track as a Yamaha test rider. And he didn't expect it.

For this reason, perhaps it was he himself who asked for a meeting to clarify the points that remained obscure.

"Jorge told us that he was afraid, and Honda would never have pushed him to race if he didn't feel like it"

"Regarding Lorenzo we have to clarify one thing and understand what happened - the HRC team manager begins to explain - With Jorge we didn't break the contract, which was for two years. But when a rider comes to you and tells you that he wants to stop because he is afraid of getting hurt and, again, that he no longer finds the motivation to ride, you can only answer him, OK, then stop. I’ve said it many times: Lorenzo had a two-year contract, but when he explained to me that he didn’t feel good with our motorbike and was physically struggling, Honda could only accept the fact. Ours is a dangerous sport and you can’t tell a rider, you have a contract, so ride! Honda would never do such a thing We couldn't force him to race and run the risk of getting hurt if he wasn't ready."

The fact is that Lorenzo is back on track again today, and with a rival manufacturer, Yamaha.

"Honda did the right thing: we hope Jorge is happy and will be lucky"

"Jorge, however, officially retired at Valencia. We were all there. Then for some reason he changed his mind and we have to respect it. At the time, however, he had decided to stop. From our point of view, we did the right thing. While he was with us, we did everything we could, even though clearly it was not enough but everyone, including me, gave everything. Honda did the right thing, then if Jorge decided to test for Yamaha, it's his life. We didn’t interfere. Everyone can do whatever he wants with his life, we are happy for him and Lorenzo has told us publicly that he is grateful. We do not wish anything bad, rather that he is happy and that he finds the luck that he didn’t have last year".

One wonders if Puig, or Honda, had ever had any doubt that Jorge had in fact simply intended to break away from Honda to continue his career elsewhere. The answer is unsettling.

"We were convinced that Lorenzo would have really retired"

"I was really convinced that he really wanted to stop and that he no longer had the spirit to continue".

The result, however, is that the Majorcan is now in the Yamaha garage and able to talk to his engineers about how Honda is doing.

"When a rider leaves, it’s not that he takes the designs of his bike with him"

"Yes, but it's not that a rider leaves a manufacturer with a book of notes or motorbike designs. Of course, he takes his experience - Alberto Puig justifies himself - he can say how the Honda is going at a certain point or how it was with Ducati, but that's all. It is not so easy to transfer this information, there is no magic formula "

Honda, however, are probably looking for one to convince Marc Marquez to sign the renewal of his contract for the 2021-22 two-year period.

"I would like to say that with Marquez it is done, but the reality is that we are searching for an agreement. We are working on it. It is our intention to conclude a deal and we hope that it is also Marc's. But they are important negotiations and we cannot rush him, or impose a limit on when to sign by, because agreements of this type have no urgency, they simply have to reach their conclusion".

The reality is that Puig, rather than concluding with Marquez quickly, is concerned about having, as soon as possible, a clear idea of ​​the level reached by the development of the 2020 RC213-V.

"And if we don't have it, we can't say clearly how our bike is going, because this test is not the best one for us since Marquez is currently at 60, 70% of his physical form. I was hoping he was better in terms of strength. Marc has already done a lot to be here. However, things go as they go and there is no point in complaining. Even last year Marquez was not at his best, but then the championship went the way it went. At the next test, in Qatar, we hope we can do a better analysis of the situation. For the moment we only have an idea ... ".

Cal Crutchlow has clearly said that he does not like the bike and that he would like to have the sensations of the 2018 bike, especially regarding confidence with the front.

"Those who know how the bike normally goes are the riders, so we have to believe Cal, that's why we are trying different frames. And we have the time to put things right. Cal is helping us a lot, we have made him test many things, and we thank him for his comments. Then at the end of the test he found something he liked, and we will also let Marc test it for confirmation. The reality is that we have so much new stuff to try that I don't even know clearly, in detail, how much there is, but from a chassis point of view there is no problem because the work continues throughout the whole year. With the engine, however, it is another story because at Losail we have to choose."

Where does the doubt lie? In power?

"The problem is not horsepower; Honda has always had that. But then what do we mean by power? Because this is what we can transmit to the asphalt, so the goal is to improve the entire engine-chassis-tyre package. And It's always a combination of things, but we know what we want and where we want to arrive: the concept is clear."

Are the new Michelin tyres a problem for you like Ducati? They seem to work best with the in-line four-cylinder bikes, Yamaha and Suzuki.

"Our rivals, Yamaha and Suzuki, have improved: we expected that. It's not just because of the new Michelins"

"It would seem so, but we knew that our opponents would be competitive, because they worked hard during the winter. We all try to do better and this is what is expected from MotoGP, not that our rivals are asleep. As for the new Michelins, it is clear that they have more grip; we have to change the set-up because when a tyre has greater grip it pushes on the front and puts it in crisis. It must be said, however, that although this circuit is excellent for testing, it is also very hot, a temperature that we will not find in Europe".

In this test Puig has also been able to evaluate the latest arrival, Marc's brother Alex Marquez.

"Alex has the same mentality as Marc, but a different style and physique: no pressure on him"

"Alex Marquez did a convincing race simulation: better than we expected"

"Alex had a good test. On the second day he completed a race simulation that went better than we expected because this is a difficult class. Sepang is a very tiring circuit and he did 20 laps. Alex has a good method, with a different approach from his brother, but the same professionalism and the same mental approach. The way they work and analyse things is similar, after all they are brothers but even if they are different you can notice the same discipline".

Physically they are very different, is that a problem?

"Yes, physically Marc is stronger, but Alex is tough too. And he also quickly gets the bike up at the exit of the corners, a fundamental thing in MotoGP. Obviously, Marc has a lot of experience; it is not fair to make comparisons, and we must also not put too much pressure on Alex in these tests. We have to give him a chance and support him." 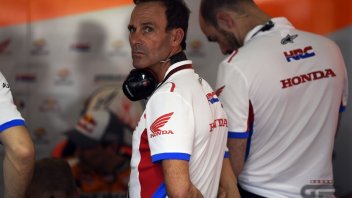 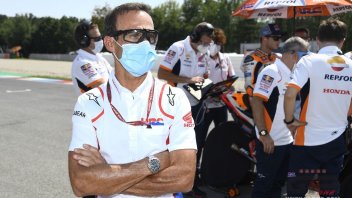 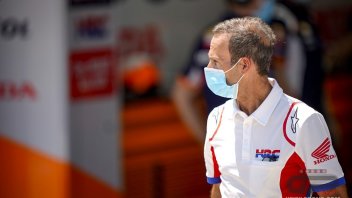 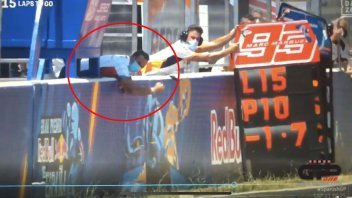 Alberto Puig: The boy on the wall