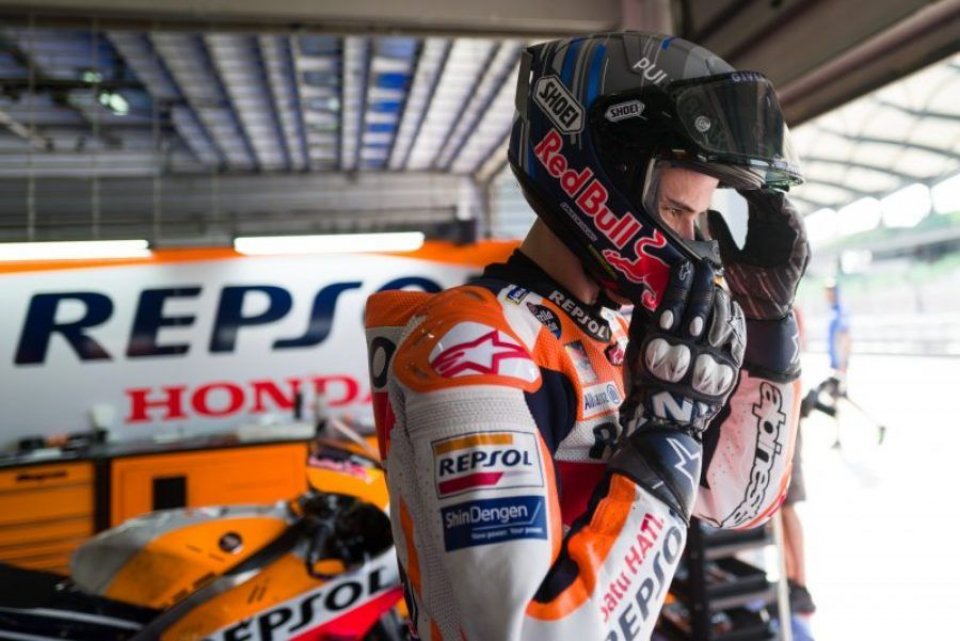 For ninety-thousandths of a second Alex Marquez was unable to guarantee his position in the top fifteen places at the end of Sunday at Sepang. This concludes the first outing of the new year for the Honda rookie, who has to get to grips with a motorcycle that is certainly not easy to acclimatize with.

Yet despite the obstacles, the Moto2 world champion does not intend to give up, looking at the glass half full.

“Overall, things went well here in Sepang - Alex began - we worked to improve confidence with the bike and try to be more competitive, as a result I am satisfied with the progress made. We are closer to the fast riders and what we did allowed me to understand the bike even more. Overall, I think it’s all been really positive".

His mind then switches to Qatar...

"At Losail we will start working on the set-up, since we have changed it enough here. We will have to understand which one is the best and what we need. The work was positive, as was the race simulation and in general I am happy."

Alex then goes into detail.

“I think the speed is good, although there are still some things to look at, as there are some aspects to be improved. I think we are on the right track and the base of the Honda is good; I think this second aspect is important."

Obviously, there are some steps forward to be made however and Marc's younger brother knows this well.

"I have to try and be faster in acceleration when exiting corners, that’s an aspect to focus on. Unfortunately, I still can't be as effective as I would like, but I know I have to improve."

The fact is that the Sepang test turned out to be, as usual, a three-day session that put a strain on the riders.

“Physically this test is tough, but it is always like this. I also spoke to other riders who confirmed the same thing to me. It is certainly not easy for a rookie to deal with these conditions, in fact I admit that I have suffered. Other than that, we managed to do a good job, better than I imagined."

In conclusion, Alex made a quick assessment.

“At the moment I think I can be between 10th and 15th position, I think it is correct to say it without hiding. I have no expectations; the priority is to be fast and try to learn. The Losail track is good for this and I hope to tackle the last test and the first round of the season in the best possible way."

"It will be a very open world championship and I wouldn’t bet on any particular rider."