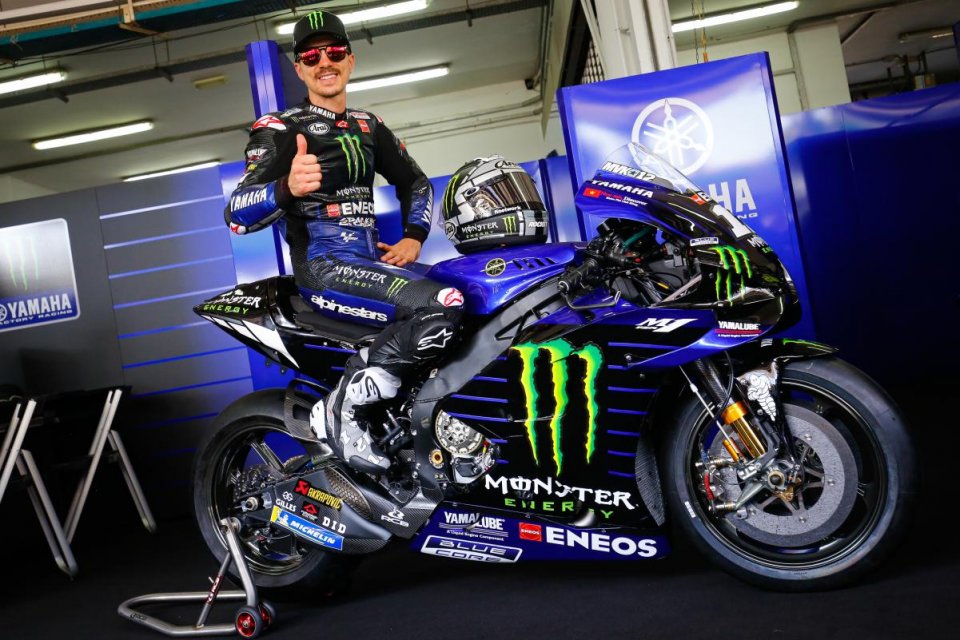 Not enough has been said about Maverick Vinales these past few weeks. The Spanish rider is, in fact, one of Marc Marquez's main opponents now, and he was one of the prized pieces on the market, until Yamaha came along.

“It wasn't an easy decision because I had to clear up several things with Yamaha," said Vinales. "But after the summer, I felt a lot of support from them, which I transformed into positivity and results. Now there's a good mood on my team, which I didn't want to ruin. I enjoy racing for this team, and this was one of the main reasons for my decision."

It's difficult to say how effective the negotiations with Ducati were because Maverick reiterated that he had not thought about it much.

“I wasn't particularly involved in the negotiations. My closest collaborators thought about it while I trained for the season and, when the day came to reach a decision, I did. Like I said, my team knows what I want. Last year was helpful to this regard. Now I feel ready to fight for the title. I didn't think of staying or leaving, but only of preparing myself as best as possible. If Yamaha had wanted to take on another rider, it wouldn't have been a problem, but now I just want to give it my all to win."

You could see Vinales' concentration when the name his future teammate, Quartararo, was mentioned, but Maverick just ignored it. Yet, he didn't ignore the topic of responsibility, which the Yamaha rider is not afraid to face.

"I don't know if I'll feel less pressured without Valentino in the garage."

“When I'm under pressure, I feel good. The problem is when I'm not, and I don't feel appreciated. If Yamaha wants me to be responsible for development, that's fine. I can be very precise with my explanations, and I think I've taken the right direction in this respect. Quartararo's arrival? Difficult to comment, since I haven't been following the situation. I'm thinking about me and about improving my weak points. I don't know if without Valentino I'll feel less pressured in the garage."

Speaking of the upcoming season, Maverick gave his opinion on the new Michelins, and explained what his first goal will be.

"The new Michelins have more grip, and they'll help me go fast in the first laps."

“I tried them in Barcelona last year, and I felt good. They suited my riding. I think it could be a positive innovation for us but a bit for everyone, given that more grip is useful to everyone. It can also be useful for me with regard the first laps of the race. My goal is to be able to start first or second in each race because, if this happens, I'll always have a chance to win."

The Spanish rider continues on this topic, confirming an aspect that has often penalized him.

"It's difficult to overtake with the Yamaha. We have to improve at the start."

“Yamaha is working to improve at the start, since we're good when we take off, but we get worse with respect to Ducati and Honda in the later stages. Overtaking and gaining positions in the first laps is difficult with our bike. We have to improve if we want to fight for the title. Obviously, it won't always be possible to start from the front row for various reasons, so we have to improve."

Finally, the first thing to think about are the tests, which Vinales wants to take advantage of under every aspect.

"The most important thing for me is to prepare for Qatar. Being ahead in these tests is useless. It'll be useful to take advantage of the various test situations to prepare for the races, for example, by preparing a set-up for when the grip decreases, or be fast with a full tank, all aimed at being fast in the first race. Working on the single lap will also be important, and if I feel ready, I'll also try a time attack, since being ahead would obviously be positive."