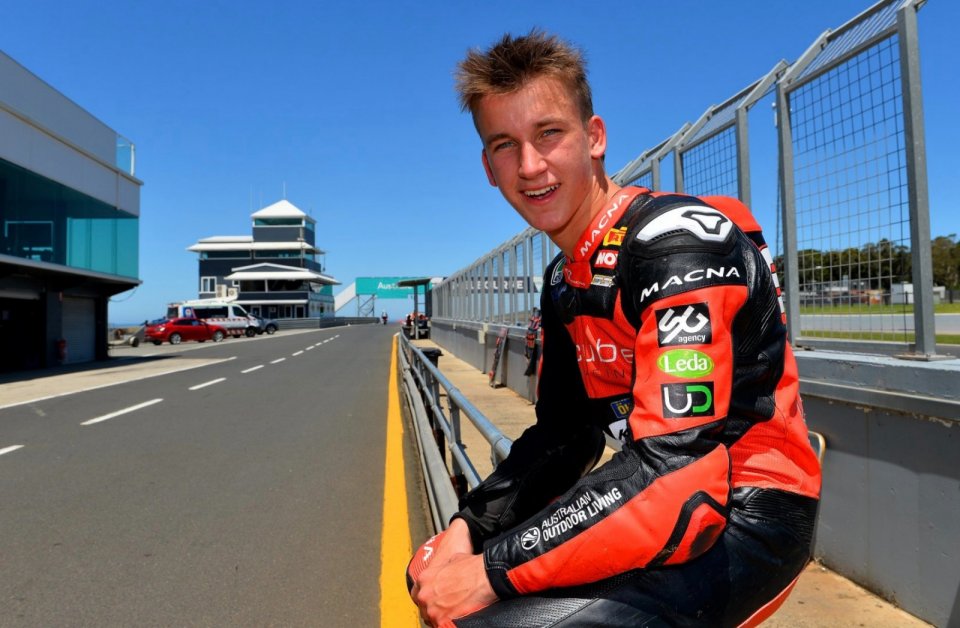 He'll debut in the World Championship where his father made history. Troy's son, Oli Bayliss, will be on the starting grid of the first round of the 2020 SBK World Championship in the Supersport 600 category . "I'm really excited and grateful to have the opportunity to race on the Phillip Island circuit in the Supersport World Championship," said Oli. "It'll be really tough because of the speed in this category, and it'll be a great opportunity to race with some of the fastest riders in the world and see how I can place among them. I'll do double rounds (ASBK and WorldSSP), so it'll be a great weekend and a challenge. I'll train very hard to stay in shape."

The sixteen year old Australian will, in fact, be racing at Phillip Island as a wild card for the SSP and, at the same time, will continue racing in the Australian championship. "The difference between my ASBK bike and the World Supersport bike is about  10 and 15 horsepower. It's not much but enough to go a second or two on the fastest lap. I'll be in the official test at Phillip Island. It ll be fun to see how fast I can ride on this track."

Oli will make his debut on the track where dad Troy also made his first appearance in the SBK World Championship in 1997 riding a Suzuki 250. Instead, his son will debut on a Yamaha R6, brought to the track by the Cube Racing team (which will also accompany him in the ASBK).

"His first year on a 600 in 2019 has taught him a lot," said Troy Bayliss referring to his son. "Not only in racing on a bike, but also in communicating with the team. He has really improved a lot, and I think the biggest challenge for the weekend will be for me because I'll have to watch him twice as much on the track. Right now, he really wants to do it. He's enjoying his career."