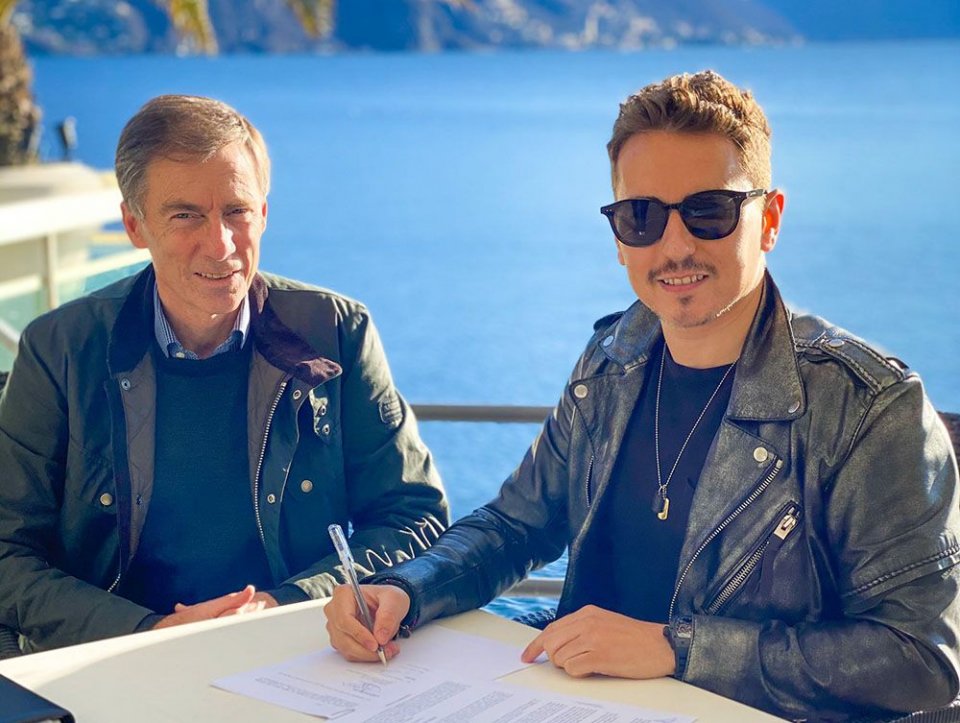 Once upon a time there was the ‘shakedown’ test, a simple warm-up to prepare the field for the official team riders. A few days to check that the bikes had no problems, away from the spotlight and with testers with unpronounceable Japanese names. Erase this vision from your mind, because the first three days of Sepang, normally reserved for test riders, will be a starter dish so rich that it could even rival the main course…

Things get underway on Sunday February 2 and will continue until Tuesday and at the Malaysian circuit you will see a lot of changes and big names.

It was Stoner a few years ago who inaugurated the period of special guest test riders, Pedrosa is another example, and Lorenzo the latest one. Just the name of Jorge next to that of Yamaha is a good enough reason to count down the minutes until the start of the tests.

The Majorcan, as Valentino did, has found a safe haven at the old pier after wandering around in troubled waters, first in Ducati and then Honda. On Sunday, after a gap of three years, he will step back onto the M1, the bike with which he won 3 titles in MotoGP, the last less than 5 years ago.

There is no need to remember how the Honda adventure went and Lorenzo, a few months after announcing his retirement, wants to start having fun again. With less pressure, but with the desire to put himself to the test on a bike he knows like the back of his hand. On the Yamaha he will be able to get rid of the doubts accumulated last year and see if he still wants to race. Because, as it was mentioned in the press release, wild cards for the moment are not expected but neither have they been excluded.

There was no better solution for him and not even for the Iwata manufacturer, which has snapped up the best test rider on the market.

Logically, Lorenzo will raise the bar at the shakedown. Without taking anything away from Pirro or Bradl, let alone Pedrosa, the Majorcan will be the star of the tests and everyone will have to deal with him. The benchmarks set in those three days might already mean a lot, pending the arrival of the official riders.

Jorge, however, will not be the only reason of interest. Clearly, curiosity surrounds the new bikes on the track after the last winter tweaks, but one in particular will have all eyes focussed on it. We’re talking about Aprilia, which has revolutionized its RS-GP.

First of all, the angle between the cylinders has increased, arriving at 90°, which has become the standard in MotoGP with Ducati and Honda that have used this solution for some time now. The bike has also been completely redesigned: smaller and lighter, say the rumours, and hopefully also faster.

Iannone won’t be there to ride it, because he is waiting to appear before the FIM International Disciplinary Court on February 4, the last day of testing reserved for test riders. Andrea will then fly to Malaysia, hoping that the judges will welcome his defence.

It will therefore be up to Aleix Espargarò (he can also test in the shakedown as Aprilia are allowed concessions) and Bradley Smith to debut the new RS-GP. As it’s the first time ever on track, there will be many tests to d and outright performance will not be the main aim, but these six days in Sepang will already give a lot of indications to riders and engineers.

Marquez is also on track, but it’s Alex…

With the change in regulations wanted by Dorna (one year earlier than expected), even rookies will be able to take advantage of the three days reserved for test riders. The most interest will surround Alex Marquez, who has earned a place in the factory Honda team alongside his brother.

With a surname like Marquez, he could be a problem for everyone and sharing the box with the undisputed king of MotoGP only makes things worse. Alex will thus have two days (the presentation of the team in Jakarta is scheduled for February 4) to work without pressure or too many watchful eyes on him.

His goal is to progress one step at a time, trying to go his own way and trying to avoid outside pressure. It’s easy to say, but difficult to do and a few more days of tests can only help in this regard.

Of course, there will be other innovations and Gigi Dall’Igna has always accustomed us to some "wizardry" on the Ducati during the tests.

GPOne will be present from Sunday with its correspondents, to bring you all the background news and stories and reveal some secrets. 2020 is about to begin and it promises to be full of interest.

In addition to Donington Park, the BSB riders will be in action in three further practice sessions at Silverstone, Snetterton and Oulton Park before...
22 hours 54 min ago

In Qatar, the first day of the Sky VR46 Avintia team rider in a selection of images on and off the track
23 hours 16 min ago