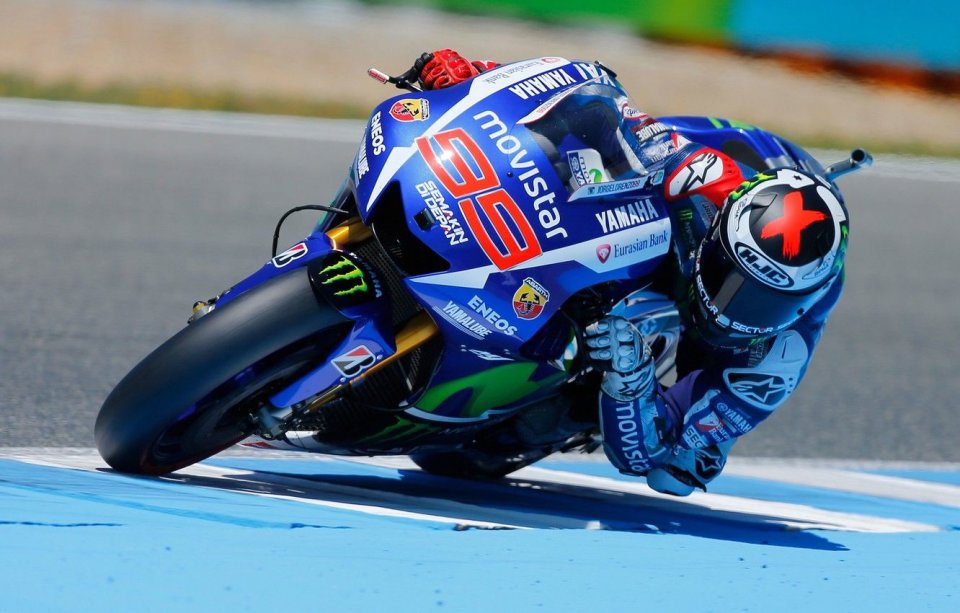 Yamaha on the attack even before the start of the 2020 season. After having signed the contracts with the riders for the two-year period 2021/2022,  Maverick Vinales and Fabio Quartararo, today comes another important and long-awaited announcement, namely the engagement of Jorge Lorenzo in the role of tester for the factory of Iwata.

The news was in the air, and the Spaniard himself had repeatedly said that he would be in the Paddock in a different role in 2020. Over the past few weeks, Lorenzo had also posted images of him riding the M1 during his best years on his socials, the ones that allowed him to put three MotoGP titles on the board.

His debut as a tester will take place at Sepang, with the shakedown reserved for test riders from 2 to 4 February.

Here is the press release:

Lorenzo is not only a big name in the MotoGP paddock but also a widely celebrated Yamaha rider. He made his debut in MotoGP with Yamaha in 2008 and spent nine years with the Factory MotoGP Team, winning all three of his premier class titles on the YZR-M1, in 2010, 2012, and 2015 respectively.

Starting from the MotoGP shakedown test, held in Sepang, Malaysia from 2-4 February, Lorenzo will ride the YZR-M1. He will also take part in other Official IRTA Tests and some private Yamaha tests this year, with the sole aim to help Yamaha‘s engineers with the 2020 MotoGP development. The Spaniard is the perfect man for the job as he is known for his smooth, precise riding and clear feedback. He will be supported in his search for innovation by Silvano Galbusera, who will be Crew Chief for Lorenzo in the Yamaha Factory Racing Test Team.

So far, no wild card rides are planned for Lorenzo in 2020, but Yamaha is open to the possibility, should he decide to race again.

"Of course, we are delighted to welcome Jorge back at Yamaha - declared Lin Jarvis - When we knew that Jorge would stop his active racing career, we immediately started to consider making a proposal for him to join us.

"The statistics of his achievements with us in those nine years together speak for themselves. He is a vastly experienced MotoGP rider, who is closely familiar with the M1 and the people at Yamaha. We have come to know Jorge as a very precise and motivated rider, with flawless consistency and good technical insight: all the qualities you need in a test rider at this high level.

"Combining Jorge‘s experience, knowledge, and riding speed with experienced Crew Chief Silvano Galbusera is an important element in Yamaha‘s strategy to strengthen the Test Team, which aims to bridge the gap between the engineers and test riders in Japan and the Monster Energy Yamaha MotoGP Team".

"I‘m very happy with the decision to join the Yamaha Factory Test Team - said Jorge Lorenzo - I was always planning on staying involved in MotoGP and returning to the paddock, and I think this is a suitable role for me. I know the team and the M1 well. The Yamaha really suited my riding style, and it will be very interesting to ’meet up with my old bike again‘.

"Returning to Yamaha brings with it some good memories. We secured many podiums and victories, and three titles together, so we know where our strengths lie. I want to thank Yamaha for this opportunity, because this allows me to do what I love – riding motorbikes and pushing the limit – whilst enjoying a slightly calmer lifestyle than I did in previous years.

"I‘m very motivated to get to work and can‘t wait to start riding. I want to do my best for Yamaha‘s future, and I hope my riding experience will be helpful to Yamaha‘s engineers and riders to bring the title back to Yamaha".