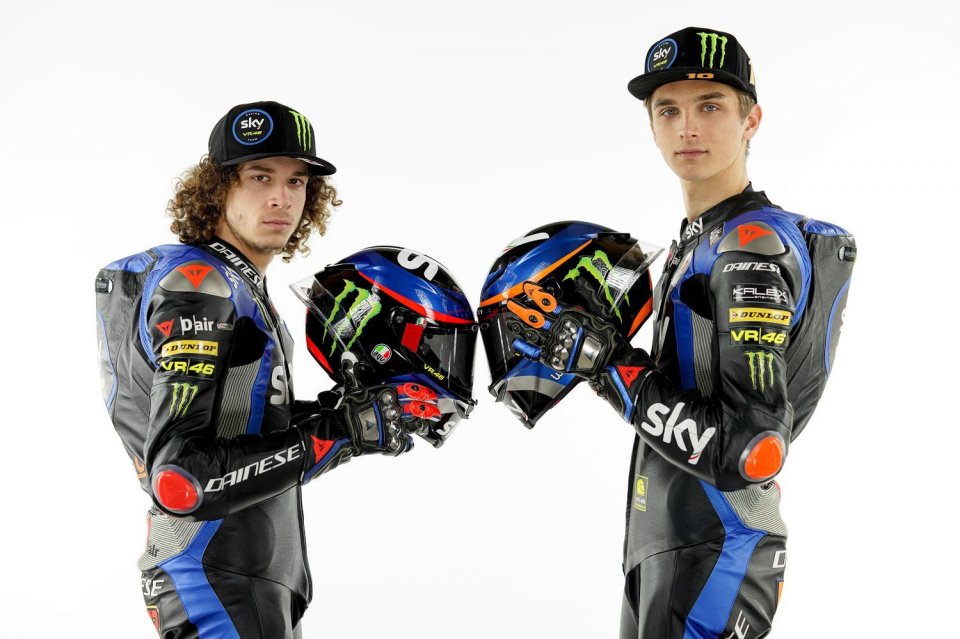 There's a desire for revenge in Marco Bezzecchi's eyes, and it couldn't be otherwise. The rider from Rimini's first season in the Moto2 with the Tech3 KTM team was not in line with his expectations, and his arrival in the Sky Racing Team VR46 could undoubtedly be a chance for him to prove what he's worth on the track. Today, he showed off his new colors for the first time at the Ranch, where the Sky VR46 team was presented.

“The team always tried to help me last year," Marco said. "But, unfortunately, we struggle a lot. Despite that, this wonderful opportunity came up. I'm happy, and I want to do the best I can. I have a some pent up anger to vent. When you go fast, everyone comes to you. When things go wrong, everyone disappears."

What does joining this team mean to you?

"I found my serenity again in this team, and Luca is an excellent teammate. I consider myself a meticulous type, but Luca is really so. It's nice to talk because interesting things emerge. I think we can both go fast for the joy of the team."

What were your first sensations riding the Kalex?

“The bike is very different. It has many strong points but also some weak points compared to the KTM but, in general, I liked it immediately. The adaptation was simpler. It took me two or three corners in a certain way to understand some important things and, by the end of the first test, I was already going fast enough."

Can you already set a goal?

"I think it's early to talk about goals. I'll keep it to myself for now,"  he said laughing.