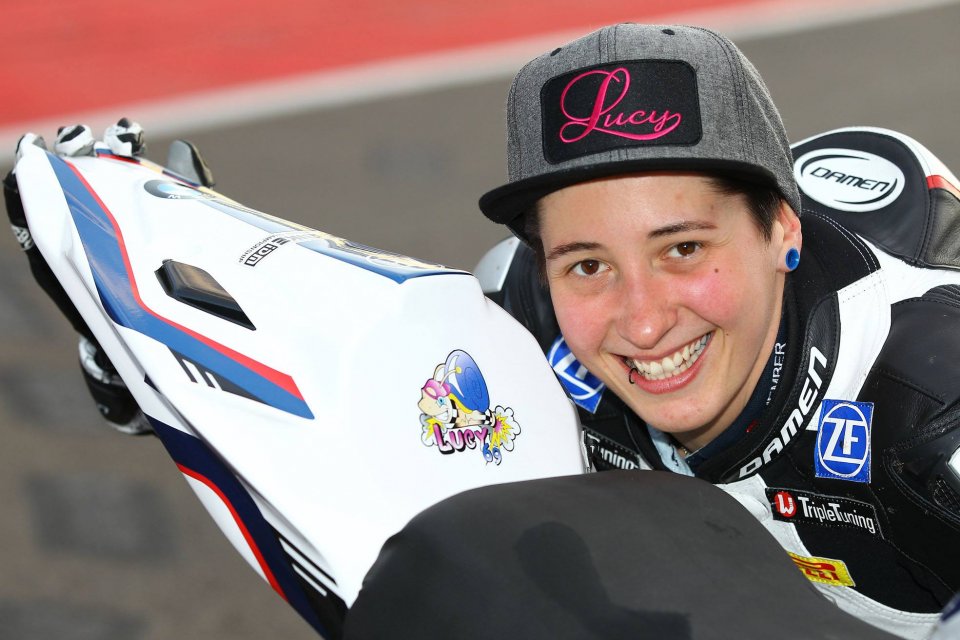 Her name is Lucy Glöckner. She's 28 years old, was born in Krumhermersdorf, Germany, and could be the first woman to race in the SBK World Championship. Lucy is busy with the GERT56 team in the endurance championship, and her team has requested a wild card for her in the Oschersleben event, scheduled for early August. To be better prepared, she'll also race in several stages of the IDM, the German SBK Championship.

There is no doubt that Glöckner has the right background for the organizers to accept her. In 2007, she was the first woman to participate in the Red Bull Rookies Cup, finishing 14th in the championship, to then move on to the derivatives. She achieved excellent results in the endurance, finishing second in the Superstock class in the 8 Hours of Sepang, and she also reached a second place at Pikes Peak last year.

“An exciting year awaits me. Where do I start?" Lucy said. "I love endurance, and my goal is to fight for the Superstock title. That's my main objective. I'm also looking forward to racing in the IDM, but I would be lying if I said that I didn't consider the wild card in the Superbike World Championship to be the most important point of the season, perhaps of my entire career."

Glöckner could easily enter the history of motorcycling as the first woman to participate in the SBK World Championship. There have been many  other women who have raced in the world championship: from Taru Rinne to Gina Bovaird (the only woman to race in the 500), from Daniela Tognoli to Katja Poensgen, and also Maria Herrera, Elena Rosell, and Ana Carrasco. After her experience in Moto3, the Spanish rider became the first woman to win a world championship, specifically in 2018 in the Supersport 300.