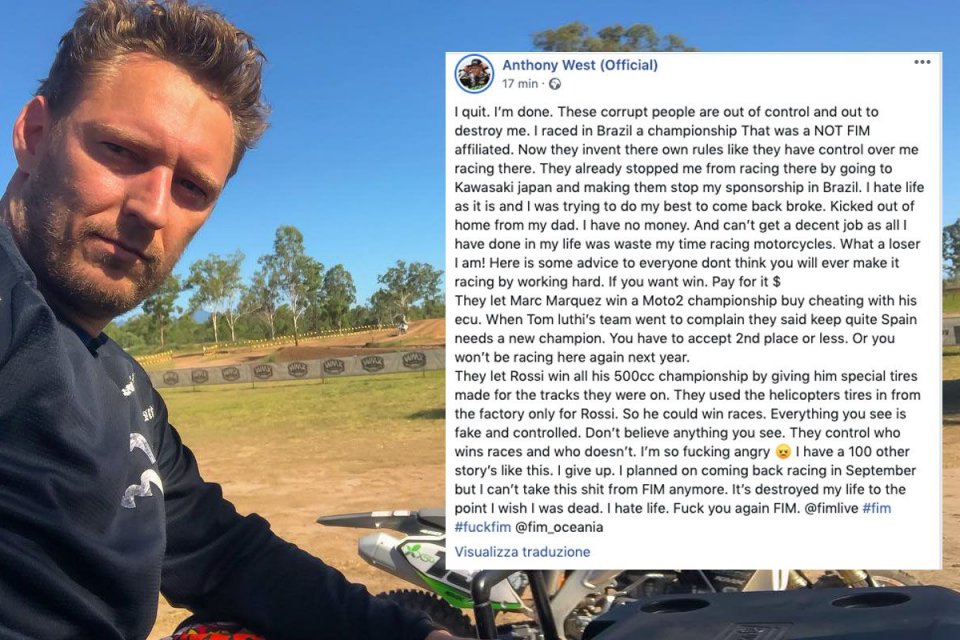 Anthony West has had enough. The Australian had been suspended for doping in September 2018 and after losing any chance of taking part in an FIM competition, he had decided to go racing in Brazil in the SBK national championship on a Kawasaki ZX-10R. Even in that championship, however, he wasn't allowed to take part, according to what was communicated to him by the FIM in the letter that West himself posted on Facebook. It should be emphasized that the Federation does not take measures against the rider in that letter but convenes him only for a hearing before the International Disciplinary Court.

A lot of people knew about the difficult period that West was going through, but the text of this post that has just been published is very worrying. It is a long declaration of war, in which he attacks everything and everyone, shedding light on an absolutely delicate personal situation. Amongst other things, it’s not the first time that West has openly attacked the FIM in a post on his social media channels (read HERE).

The Australian rider admits that he has no money and is in a dramatic situation and his words are most likely the result of the crisis in which he finds himself. In the letter he says he is doing his best to get back on track and we can only wish him all the best for that.

This is the full original text.

"I quit. I’m done. These corrupt people are out of control and out to destroy me. I raced in Brazil a championship That was a NOT FIM affiliated. Now they invent there own rules like they have control over me racing there. They already stopped me from racing there by going to Kawasaki japan and making them stop my sponsorship in Brazil. I hate life as it is and I was trying to do my best to come back broke. Kicked out of home from my dad. I have no money. And can’t get a decent job as all I have done in my life was waste my time racing motorcycles. What a loser I am! Here is some advice to everyone dont think you will ever make it racing by working hard. If you want win. Pay for it $

They let Marc Marquez win a Moto2 championship buy cheating with his ecu. When Tom luthi’s team went to complain they said keep quite Spain needs a new champion. You have to accept 2nd place or less. Or you won’t be racing here again next year.

They let Rossi win all his 500cc championship by giving him special tires made for the tracks they were on. They used the helicopters tires in from the factory only for Rossi. So he could win races. Everything you see is fake and controlled. Don’t believe anything you see. They control who wins races and who doesn’t. I’m so fucking angry. I have a 100 other story’s like this. I give up. I planned on coming back racing in September but I can’t take this shit from FIM anymore. It’s destroyed my life to the point I wish I was dead. I hate life. Fuck you again FIM". 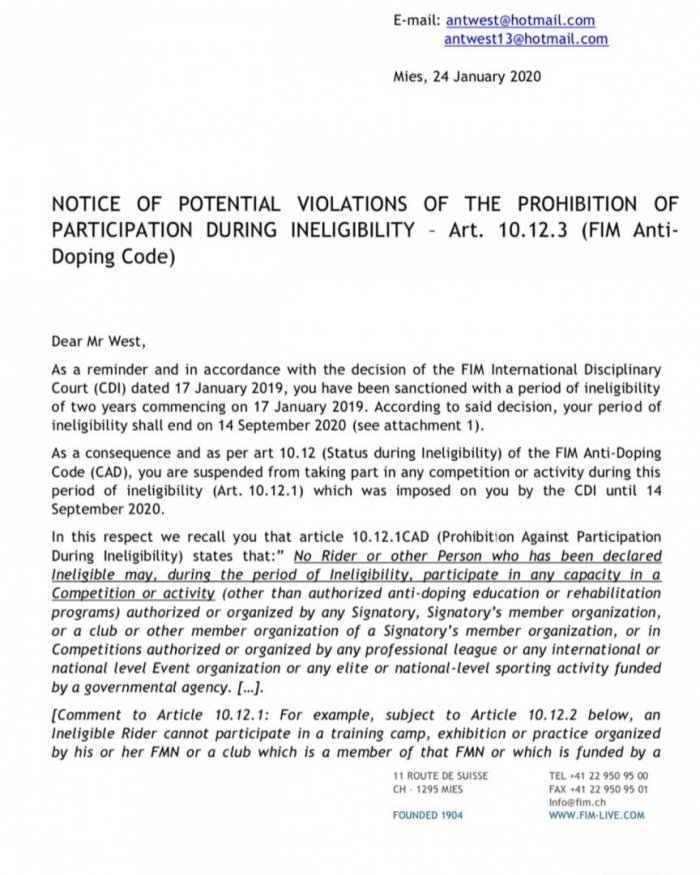 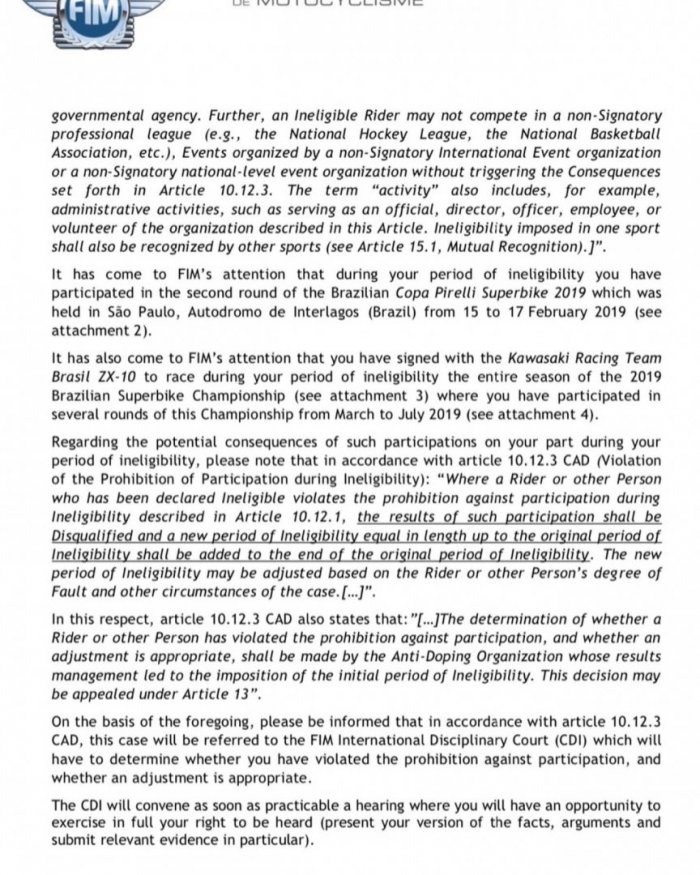 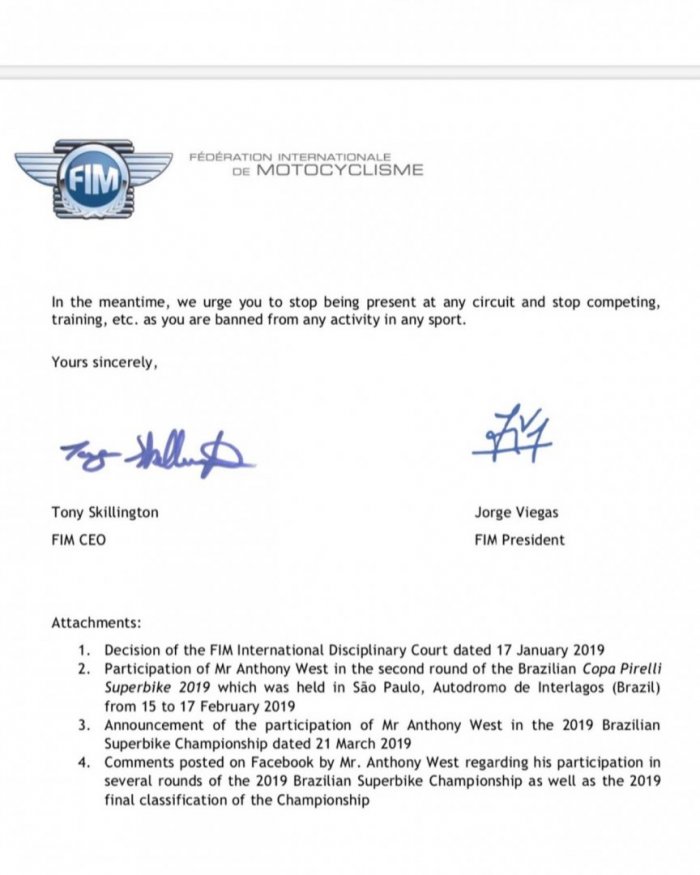