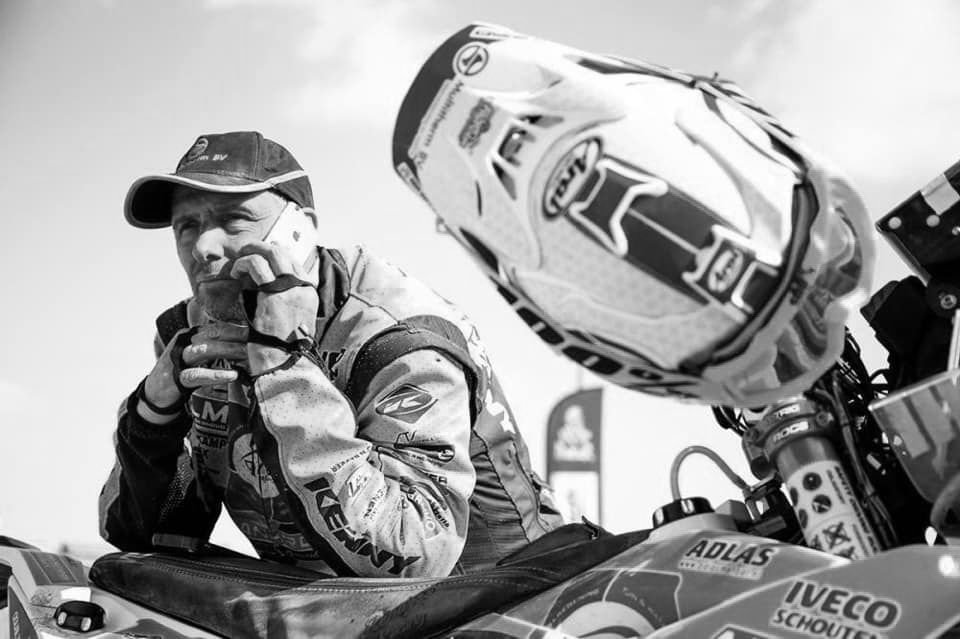 The very high price that’s paid every year at the Dakar has unfortunately increased, even after the end of the Raid. Dutch rider Edwin Straver lost his life following the accident that occurred during the eleventh and second-to-last stage of the first edition of the competition held in Saudi Arabia. Straver's condition appeared immediately dire and, despite the fact that the rescuers managed to revive the rider after his heart stopped for about 10 minutes, the trauma from the accident made it impossible for Straver to battle for his life.

After being transported to the hospital in Riyhad, Straver, who was still  unconscious after the accident, was diagnosed with several fractures of the cervical vertebrae. The clinical picture appeared immediately dire and, after having arrange to transport Straver to the Netherlands, under his family's consent, the doctors cease the assisted respiration that was keeping him alive.

A recovery was impossible, and deciding to keep a man who loved adventure, sports, and motorcycling alive in this condition, would have been unfair. Unfortunately, Straver was not the only victim of the Dakar. Paulo Gonçalves also fell vicitim to the 2020 edition of the competition, throwing a veil of sadness over the entire race.

At the time of the accident, Straver was riding his KTM 450 EXC and was in fourth place in the subcategory, “Original by Motul”, in which he had dominated  the Dakar in 2019.