Zero laps today for the SBK world champion, Jonathan Rea, who didn't want to risk on the wet asphalt at the Jerez de la Frontera circuit. Few appearances in the Kawasaki garage and work postponed to the next private Kawasaki tests that will be held on Monday at Montmelò.

"It would have been better if we stayed home in bed," said Rea. "I don'think I missed out on anything not riding. There was nothing to learn from today. I already know I'm fast with the rain and risking today would not have made sense."

Today, in addition to the rain, there was also a lot of wind, and it was really cold on the track in Jerez.

“Yes, today was not an ideal wet condition. In fact, the times of the other riders were not convincing. There was a lot of difference between the riders because some managed to take advantage of the brief time when there was a dry line. Riding in these conditions could end up not giving satisfactory data, and it's easy to make mistakes."

You'll be testing in Montmelò on Monday. What are your goals for that day?

“We don't have anything really new to try. The season finished on a positive note last year, so I'm confident. The bike has a good balance. The idea was to go do some laps, videos, and some minor tests on the bike. It won't be a full test day.

"it's an evolution. We have some new components on the frame, and Kawasaki has done some good work on the electronics. We have to figure out what we'll need and what we won't need this season and if we'll be able to confirm ourselves."

We saw you "spying" on the new CBR Fireblade RR-R this morning as soon as it came out of the garage along with a group of Kawasaki representatives. Is it the most eagerly awaited bike this season?

"I was taking a stroll around and the garage happened to open. I had only seen it in newspapers, and I was curious. I saw lots of Japanese here today. I guess that HRC has decided to make changes to the Honda experience in the SBK, and this is good for everyone."

Do you expect a competitive CBR right from the start, like the Ducati Panigale last year? Today Haslam said that they'll be able to fight for the podium from the beginning.

"I don't know. Leon and Alvaro are certainly good riders, and they're testing much more than other teams. I believe they'll be really fast at Phillip Island and, if they win or fight for the Top 5, it wouldn't be surprising."

What do you instead expect from Razgatlioglu on Yamaha?

"He's a great talent, and sharing the garage with a partner like Van Der Mark could help him a lot. We'll see what he'll be able to do this year." 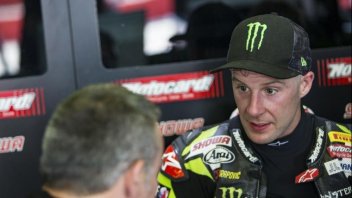 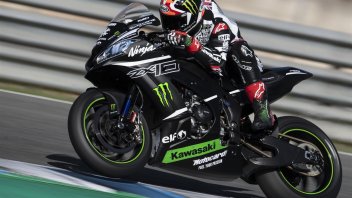 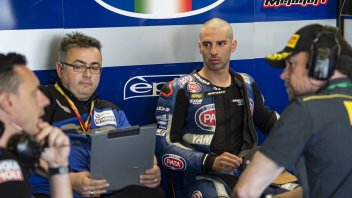 The Californian Yamaha rider took the flag alone ahead of teammate Gagne and Herrin, who beat the Ducati rider in a photo finish. Elias crashed out...
2 days 12 hours ago

Defending champion wins ahead of Scholtz and Gagne. 5th and 7th, Wyman's and Jacobsen's two best Ducatis. Elias stopped by a problem.
3 days 3 hours ago

The reigning champion started has started 2020 in the best possible way, heading his teammate Jake Gagne. Race 1 at 22:00 on Eurosport
4 days 1 hour ago

In a video on You Tube, the driver defended his reasons but confirms the end of his experience with Audi in the Formula E
1 week 11 hours ago