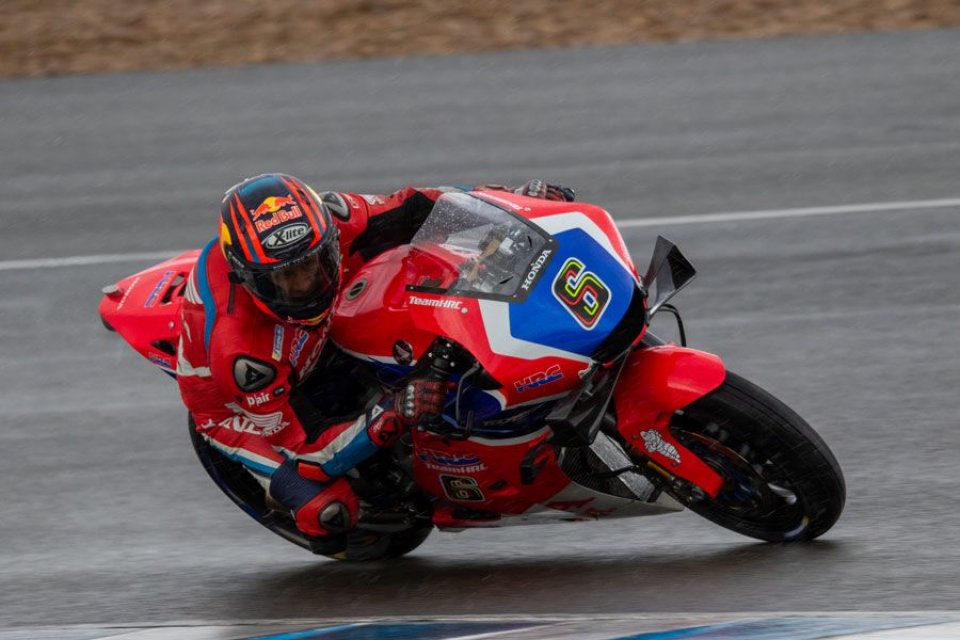 There was an intruder among the riders in the Superbike and Supersport tests in Jerez. The noise of the Honda MotoGP 4-cylinder V was unmistakable along the corners of the Spanish circuit. HRC test rider Stefan Bradl was riding the RC213V, taking advantage of the two test days before setting off for Sepang.

The Japanese technicians want to take advantage of every chance they have to gather information and develop the new bike, and the German rider rode among his colleagues on the derivatives but, of course, without a transponder.

Stefan was able to show off his white, red, and blue livery on the Jerez circuit, but he too had to deal with the bad weather, which didn't let him to do many laps. He'll also be on track tomorrow, hoping for better conditions.

“The tests were affected by the rain and cold. We'll continue to work tomorrow," he wrote on Twitter.

We wonder if Bautista got an urge to ride again after seeing his old bike?

The Indonesian track is one of the reserves on the MotoGP calendar: “It recently flooded, but our drainage system worked.”
4 days 53 min ago